Willie Nelson will mark his landmark 90th birthday with two star-studded concerts at the Hollywood Bowl in April – with Snoop Dogg and Sheryl Crow leading the performers.

The country music icon, who turns 90 on April 29, will celebrate the milestone with two concerts on April 29 and 30 in honor of his near seven decades in the recording industry.

Top of the bill is rapper Snoop, 51, who has forged a famously close friendship with Nelson due to their mutual penchant for weed, as well as songstress Sheryl, 60 and Golden Hour hitmaker Kacey Musgraves, 34. 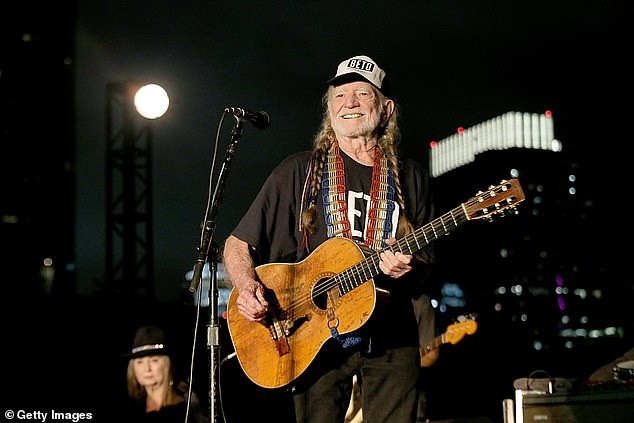 Big birthday: Willie Nelson will mark his landmark 90th birthday with two star-studded concerts at the Hollywood Bowl in April- with Snoop Dogg and Sheryl Crow leading the performers (pictured 2018)

This comes after Nelson’s Tennessee home, which was listed four months ago, has officially been taken off the market after selling for $2.14 million.

The star, who recently made a guest appearance alongside Dolly Parton during her recent Christmas special, drew inspirations for his hit song, Shotgun Willie, from a fire that occurred at the cabin.

The three bedroom house that is surrounded by a scenic landscape was hand-built by the Country Music Hall of Fame singer himself, and is situated just 30 minutes outside of the bustling city of Nashville. 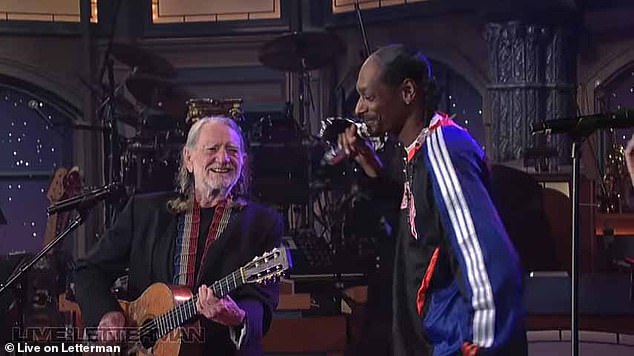 Love it: Top of the bill is rapper Snoop, 51, who has forged a famously close friendship with Nelson due to their mutual penchant for weed

A fire notably occurred at the home in 1970, and upon returning to see the cabin engulfed, Willie braved the flames to retrieve his guitar named Trigger, along with a pound of marijuana.

Following the incident, the country singer was later given the nickname of Shotgun Willie, which became the inspiration behind the hit track and studio album of the same name that was released in 1973.

Willie is currently on the big screen. A five part documentary titled, Willie Nelson And Family, premiered at the 2023 Sundance Film Festival on January 20.

According to the festival’s website, the documentary which was made by award-winning filmmakers, Thom Zimny and Oren Moverman follows, ‘the highs, lows, and in-betweens of Willie’s personal life and professional career. 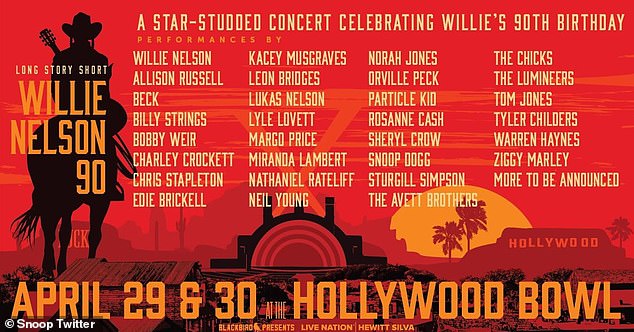 Wow: Among the other artists set to take to the stage alongside Nelson are Neil Young, Beck, Tom Jones, Chris Stapleton, Ziggy Marley and Miranda Lambert

A press release for the film stated that ‘alongside close friends and family who have accompanied him on a remarkable journey, Willie tells his story in his own voice’ in the film, billed as the ‘first authorized work exploring the life’ of Nelson.

The concerts will be a welcome reunion for Nelson and Snoop who have frequently discussed smoking weed together.

Back in 2020, the music legend who is well known for his love for cannabis, took a trip down memory lane as he recounted his trip to Amsterdam with the rapper, in which Snoop claimed Willie was the ‘only person to ‘ever outsmoke him’.

Willie told the Daily Beast: ‘That was over in Amsterdam! I called Snoop and I said, “Hey buddy, you gotta come over here. This is where it’s at!”‘

‘So he came over and we hit every bar, every smoke place in Amsterdam. We had a helluva time’- before adding the pair had hit up KFC after getting the munchies.

The Always On My Mind hitmaker also revealed he has switched to a vaporiser to get his marijuana as it’s better on his lungs. 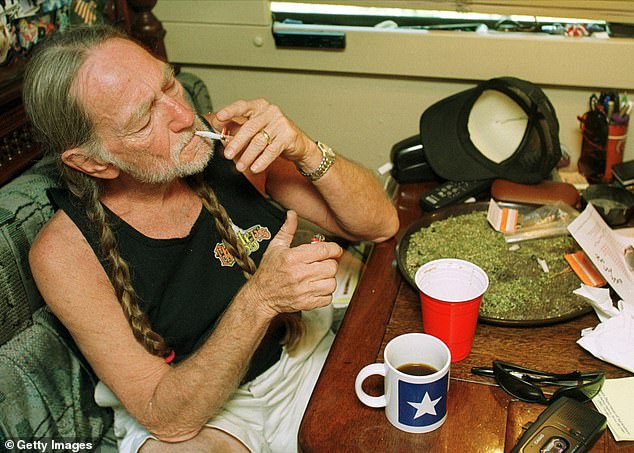 Health kick: The Always On My Mind hitmaker also revealed he has switched to a vaporiser to get his marijuana as it’s better on his lungs (pictured 2000s)

Willie and Snoop have maintained a firm friendship, united by their love for marijuana, immortalised in their 2012 hit ‘Roll Me Up and Smoke Me Wen I Die’ and 2009’s ‘My Medicine.’

And in December 2022 Snoop  revealed the highest he has ever been was when he with partying with Nelson in Amsterdam.

The Southern California native admitted he wanted to stop smoking but didn’t because he did not want to show ‘signs of weakness’ in front of Nelson.

The rapper relayed the story while on a new episode of the podcast Let’s Go! with Tom Brady, Larry Fitzgerald, and Jim Gray.

The hip-hop star — real name Calvin Cordozar Broadus Jr. — was prompted by the question: ‘What was the most stoned you’ve ever been in your whole life?’

The Drop It Like It’s Hot hitmaker continued, ‘So, we went back to his hotel room, and we was playing dominoes.

Snoop explained to the show’s hosts, ‘He just keep passing it to me, and I’m like, “This old mother****** outsmoking me.’

Broadus also recalled the story back in 2018 on an episode of The Howard Stern Show.

‘He beat my a** while smoking with me and passing a blunt, a bong, a joint,’ the multihyphenate shared.

‘I’m like, “Willie, there’s too much sh*t going on. I can’t think and do all this at the same time,”‘ the Super Bowl performer dished.

Snoop has been famously outspoken about his cannabis intake, and even has a professional blunt roller.

Speaking on the Howard Stern Show in 2019 he explained about the position, ‘That’s his J.O.B. — his occupation. On his resume, it says, “What do you do? I’m a blunt roller. P-B-R, professional blunt roller.”‘

This past June he retweeted a post from the Twitter account Uber Facts that said: ‘Snoop Dogg employs a full-time blunt roller who makes between $40,000 and $50,000 a year.’

The rap artist commented, ‘Inflation. Their salary went up!!’ 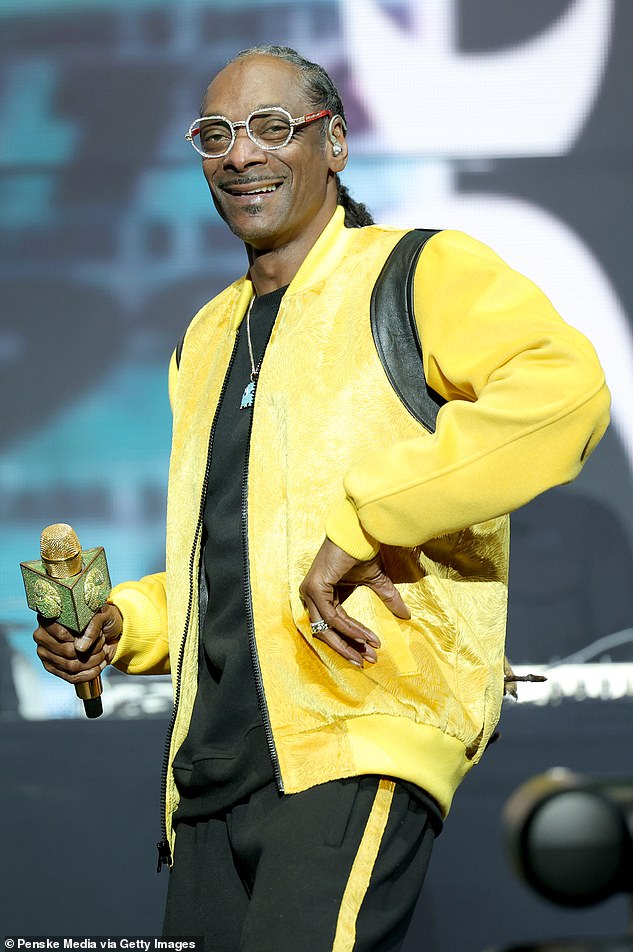 Memory lane: Snoop recently revealed the highest he’s ever been was with Nelson. He shared his comments on a new episode of the podcast Let’s Go! with Tom Brady, Larry Fitzgerald, and Jim Gray. Seen on December 10 in LA

The best electric cars and EVs for 2021

Why Cryptocurrency is down these days?

Newbies getting into the crypto-verse are the least privy to the processing. Among all the different worries is how to shop for virtual crypto-cash...
Read more

Each week at Venturescale, I analyze profitable industries, and how you can win and monetize—at the intersection of Internet platforms & consumer tech....
Read more

Why you should watch the weirdest ‘true crime’ show on Netflix

Business Blogging: Why Writing Is the Answer

There are more than 600,000 businesses in the United States each year. Unfortunately, not all of these companies succeed. To give yourself the best...
Read more
Business

What Does a Home Health Care Nurse Do ?

Millions of people in the United States are living with chronic health conditions. Managing these conditions can be difficult, especially if you're doing it...
Read more
Business

Living rooms are the place where you let your visitors stay for a while if you don’t have a dedicated receiving area.
Read more