'He was taken far too soon': Gemma Owen reveals she has...
Read more
Entertainment

Daisy May Cooper reveals her huge CRUSH on Good Morning...

Molly-Mae Hague and boyfriend Tommy Fury have be spotted for the first time out and about since welcoming their baby daughter Bambi Fury.The two...
Read more

Alex Zane announced his split from Nettie Wakefield this week – just five months after the couple held a wedding celebration.

The presenter, 43, and the artist, 35, said in a joint statement they decided to end their five-year relationship, and while it hasn’t been easy, they remain ‘best friends’.

Here we take a look at who Alex’s estranged wife is – from her impressive career as a pencil artist to her string of famous exes. 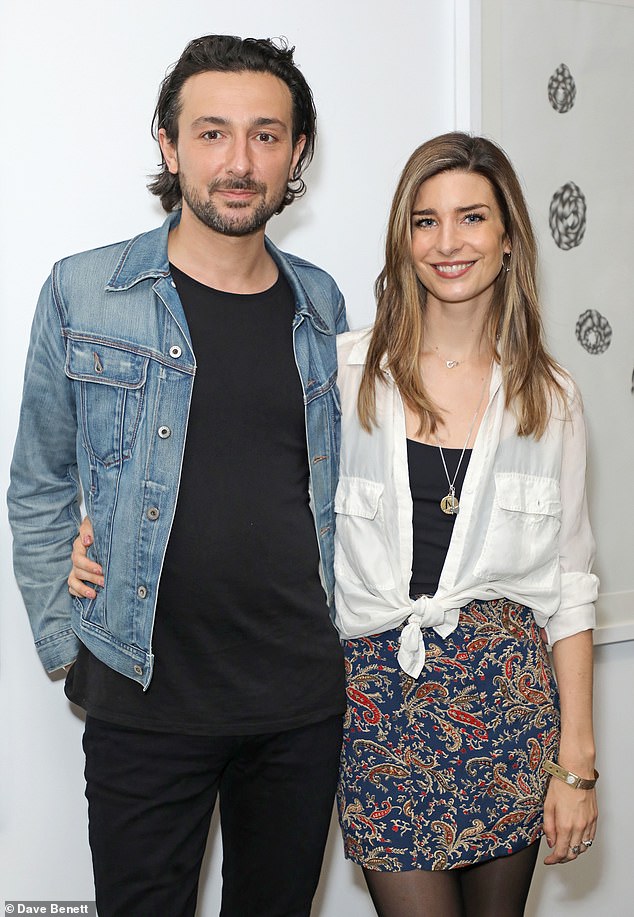 All over: Alex Zane announced his split from Nettie Wakefield this week – just five months after the couple held a wedding celebration

Alex and Nettie confirmed their break-up in a statement.

They said: ‘We leave each other in the best way possible for two people who have shared incredible experiences, full of love and laughter and as many happy memories as two people can make in that time.

‘We remain best friends despite making the decision to go our separate ways. Our friends and family have been very supportive through this period, and we appreciate all the help we’ve received. 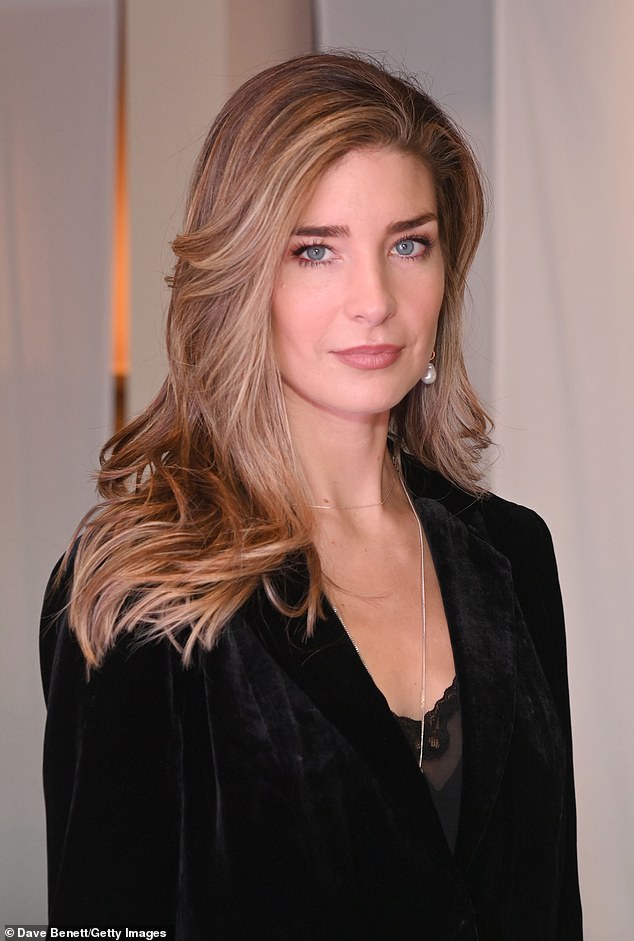 Split: The presenter, 43, and the artist, 35, said in a joint statement they decided to end their five-year relationship, and while it hasn’t been easy, they remain ‘best friends’

‘Obviously, leaving behind a relationship is never easy, but we move forward knowing we have the other to rely on.’

They went on to insist the split is ‘amicable’ and will remain close friends to co-parent their beloved dog Simon together.

Alex added: ‘It’s as amicable a separation as can be and, of course, we’ll continue to co-parent our whippet, Simon.’ 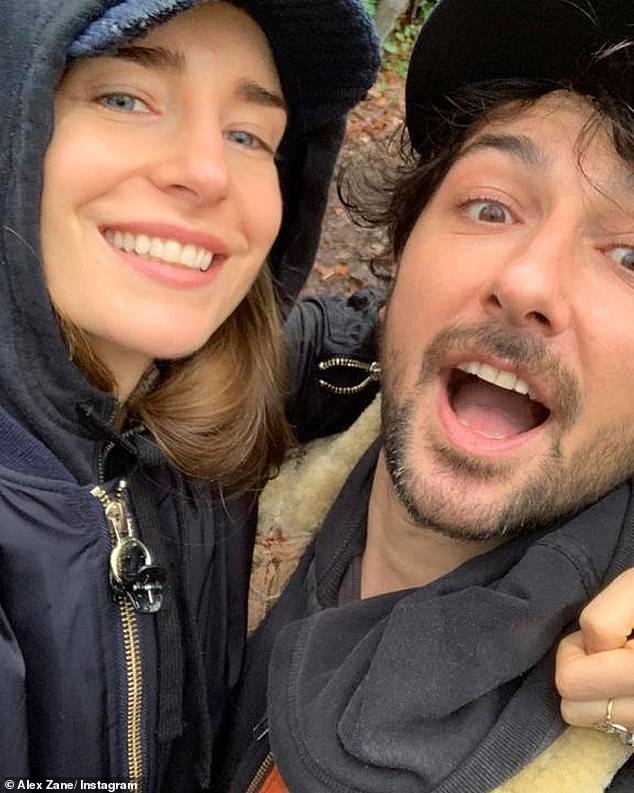 All over: Alex said they ‘remain best friends’ after deciding to split at the end of last year 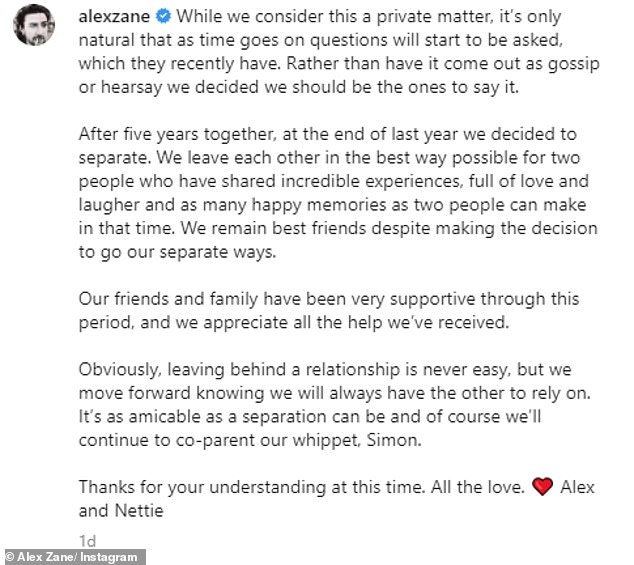 Split: Alex took to Instagram to announce his separation from Nettie

Zane who proposed to Nettie in 2018, after a ‘whirlwind year-long romance’.

The couple had exchanged vows during the pandemic, but they were forced to limit their number of wedding guests because of Covid restrictions, so had the big celebration last August.

Zane previously said the party, held in July, was the wedding they had ‘always planned to do’ in 2020 but were unable to due to restrictions.

The TV star’s brother officiated the ceremony, with the wedding party enjoying a carrot and maple cake and a speech from his mother. 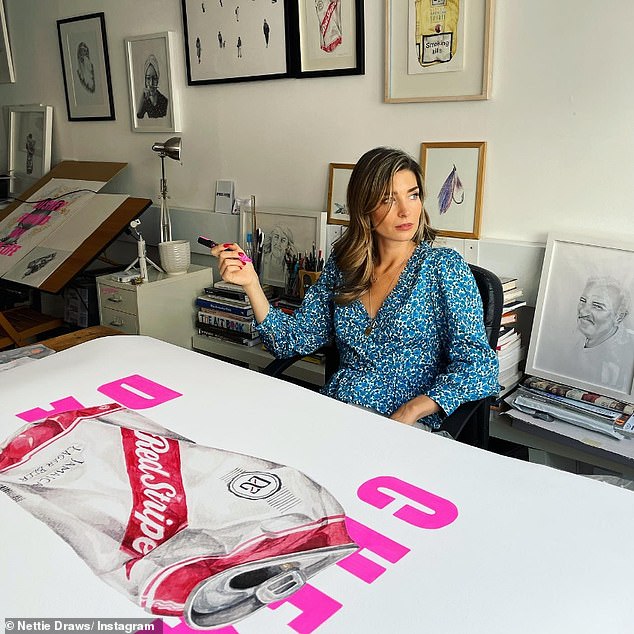 Talented: Pencil artist Nettie has worked alongside top artists such as Banksy and Damian Hirst

Pencil artist Nettie has worked alongside top artists such as Banksy and Damian Hirst.

Her art has also appeared for auction alongside work by Tracey Emin, The Chapman brothers and Jonathan Yeo.

Nettie’s main work is reverse portraits, in which she approaches strangers at tube stations to get photos of their hair for drawings.

Nettie, who grew up in Barnes, south west London, has been exhibiting her work in London since completing her masters in 2013. 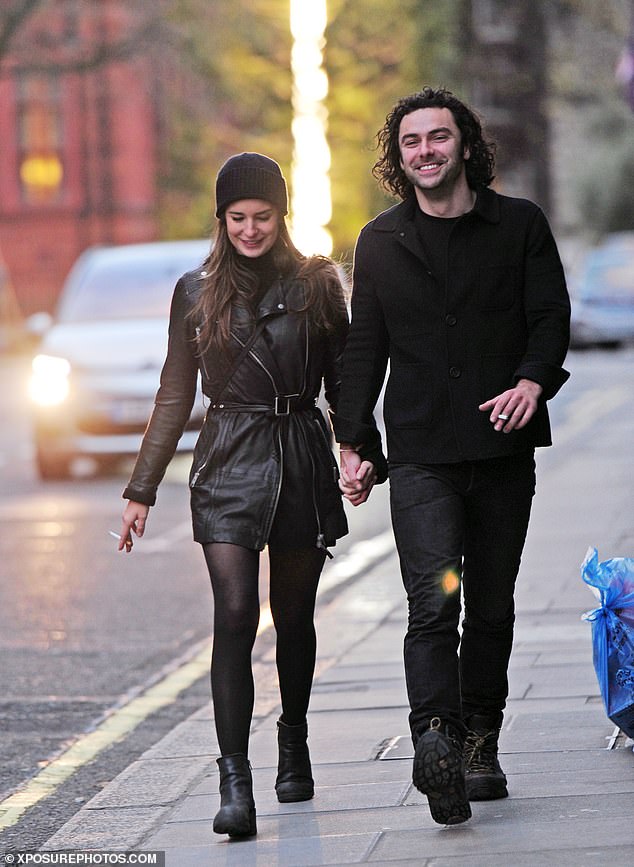 Heartthrob: Nettie previously went out with Poldark heart-throb Aidan Turner (pictured in 2016) before her five-year relationship with Alex

Before finding love with Alex, Nettie, whose artworks hang in the capital’s Groucho Club and Maddox Gallery, enjoyed a six-month romance with Poldark heartthrob, Aiden Turner.

The pair parted ways in 2017 with reports claiming they were ‘driven apart by conflicting work schedules’.

A source said at the time: ‘Things were great for a time and they were getting serious – but it just wasn’t to be and busy schedules drove them apart. 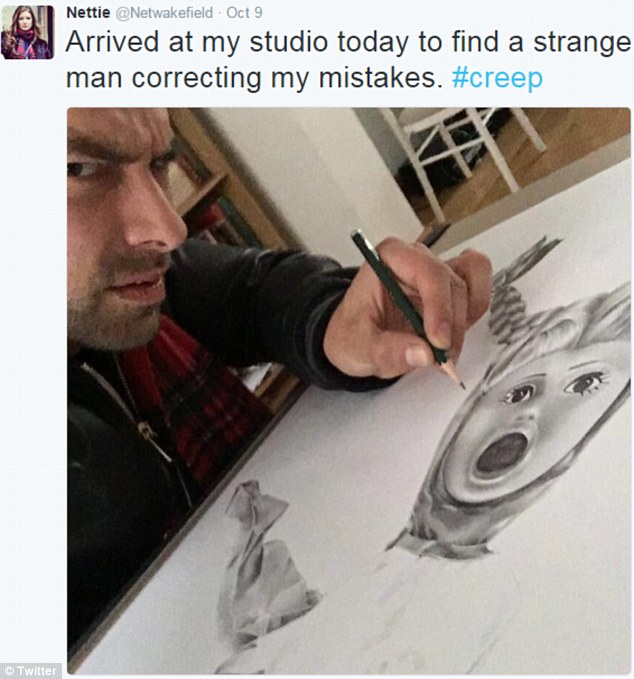 Ex: The artist previously posted a picture of Aidan during their romance which showed him pretending to work on one of her sketches

‘They’ve drifted and things have cooled off but there are no hard feelings. Aidan’s incredibly busy with his career and Nettie’s art is really taking off so they had a lot on their plates.’

In 2011, the artist was spotted partying with Robert at The Sun Inn, near Barnes, south west London. 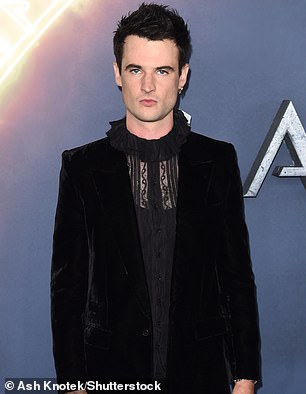 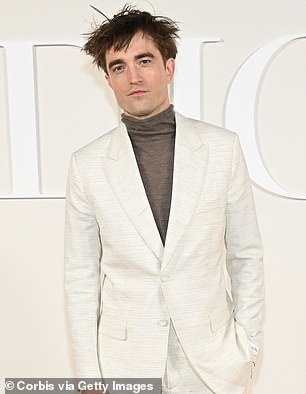 One bystander said they were ‘touchy-feely’ and ‘giggling like teenagers’.

The pair had known each other for years through Tom-  Nettie’s former boyfriend and one of Pattinson’s close friends.

Tom and Nettie went on several double dates with Robert and his former girlfriend Kristen Stewart and were all spotted together at Sturridge’s sister’s wedding reception.

Sturridge went on to date Sienna for five years. They had a daughter, Marlowe, in July 2012. 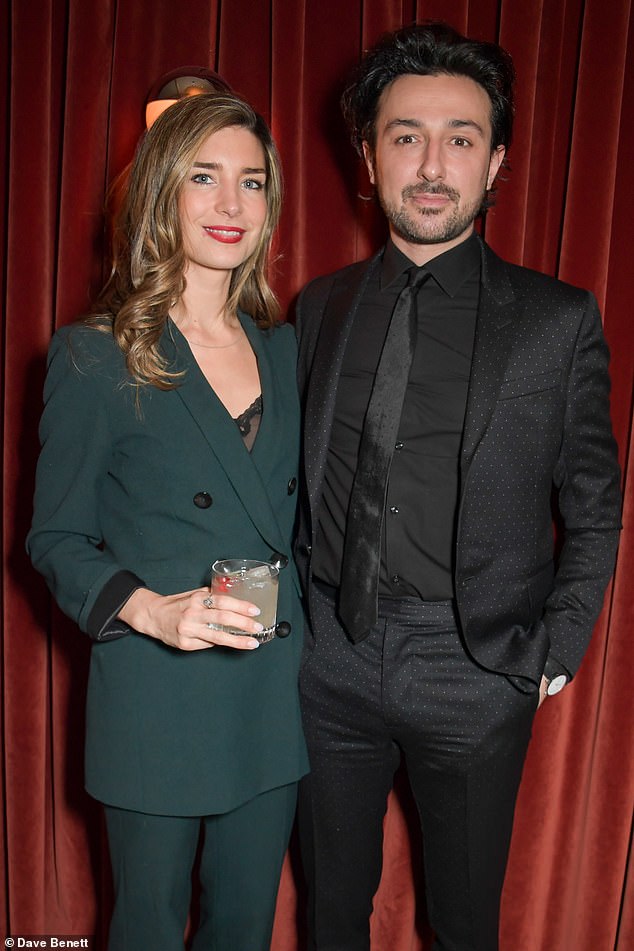 Finished: Alex and Nettie married during the pandemic in a small ceremony but celebrated last year

MUMBAI: After a solid week of returns for the domestic stock market, investors are excited about the prospects that benchmark equity indices may...
Read more

Robbie Williams has recorded a brand new song and starred in an advert for cat food brand Felix.The singer, 48, has written a...
Read more

The use of artificial intelligence has risen steadily through the years. This technology can be applied to gather consumer intelligence and data in business....
Read more

The big-screen adaptation of “Uncharted” appears to be drawing loose inspiration from its source material. Here are five scenes from the games that...
Read more

Overview: The ayurvedic medical institution has been in existence for a long time. The truth that it is still in demand is evidence of its...
Read more
Business

Unstable currents are a cause of equipment failure and even accidents and injuries in domestic as well as industrial settings. It is caused by...
Read more
Business

Starting your own construction and design business can be a very rewarding experience. However, there are several things you need to know to make...
Read more

'He was taken far too soon': Gemma Owen reveals she has...
Read more
Entertainment

Since releasing her first album in 2009, Adele has been nominated a whopping 25 times and has walked away with 16 Golden Gramophones. Source...
Read more