The wife of Marvin Gaye III filed for a domestic violence restraining order on Tuesday against him following his arrest for allegedly pointing a gun at her.

Wendy Gaye sought the court-ordered protection from Gaye, 57, following an alleged altercation last week, according to an article on Tuesday by TMZ. 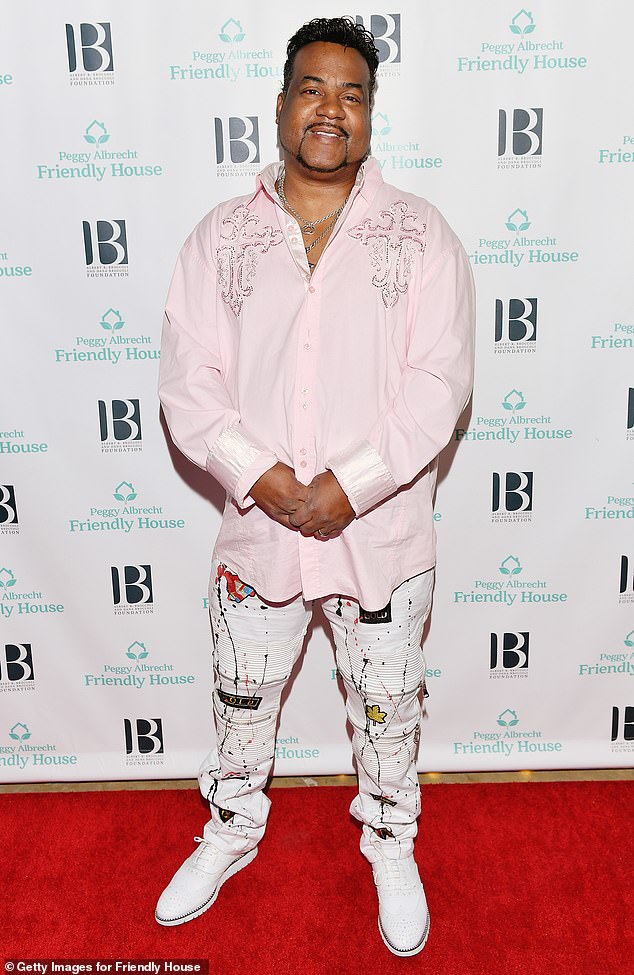 Report: The wife of Marvin Gaye III, shown in October 2019 in Los Angeles, filed for a domestic violence restraining order on Tuesday against him following his arrest for allegedly pointing a gun at her

TMZ previously reported that the violence against the two women stemmed from an argument about a previous assault.

A source also told the publication that the marriage between Marvin and Wendy has been rocky and the two ‘have had ongoing issues for a while now.’

Gaye reportedly ‘came to the Sheriff’s station the next day around 5:00 PM and turned himself in.’

He was booked on misdemeanor domestic violence and felony assault with a deadly weapon charges but posted a $50,000 bond and was released. 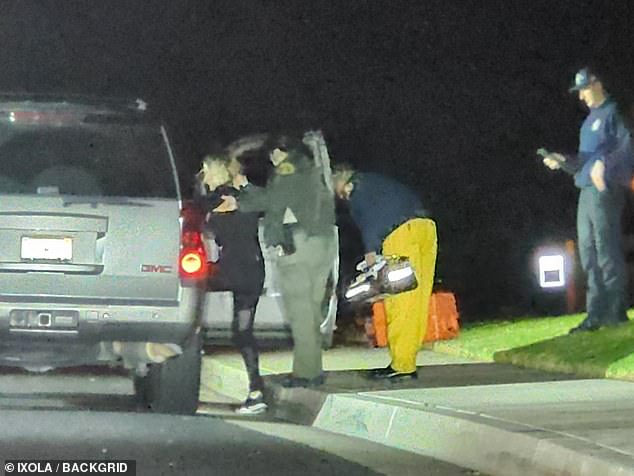 Seen: Gaye’s wife Wendy was seen being assisted by paramedics and police outside the home after the alleged incident on Thursday

An emergency protective order was put in place to keep Gaye away from the home and family and law enforcement officials went back to the residence and retrieved two firearms.

The family’s lawyer Gil Arbel said his clients are ‘distraught’ and ‘intend to cooperate fully with law enforcement in pressing charges.’

When officers arrived on Thursday, they believed Gaye was still inside the home, and asked him to come outside, before neighbors informed them that Gaye had left.

Officers are then said to have met with Gaye’s relatives and took an ‘assault report’ that identified Gaye as a suspect. It is not known if anyone was injured. 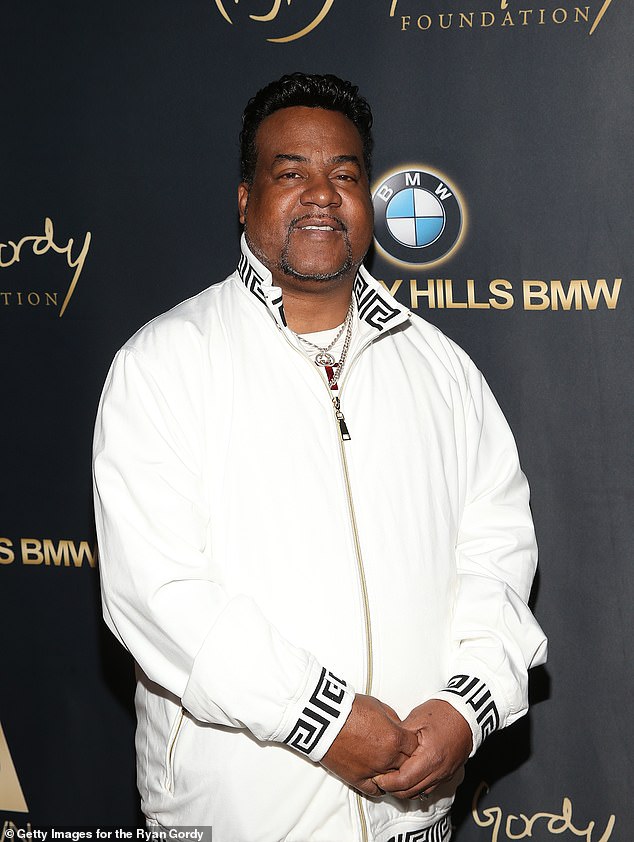 Incident: Gaye, 57, reportedly got into an argument with his wife and cousin, which may have been about a previous assault, with Gaye then pointing the weapon at his cousin; seen in 2019

Gaye’s wife Wendy was seen being assisted by paramedics and police outside the home after the incident.

Gaye III is the adopted son of legendary singer Marvin Gaye and his wife Anna Gordy Gaye – the pair were wed from 1963-1977.

Gaye III’s biological mother is Denise Gordy, the niece of Anna. Denise gave birth to Gaye III when she was just 16 years old.

Denise has previously said she agreed to give birth to the child because her aunt was unable to conceive.

Gaye married his second wife, Janice in 1977 and they had two children, daughter Nona and son Frankie.

Gaye III has largely stayed out of the public eye but in 2013 revealed he was suffering from kidney failure and was seeking a donated organ for transplant. 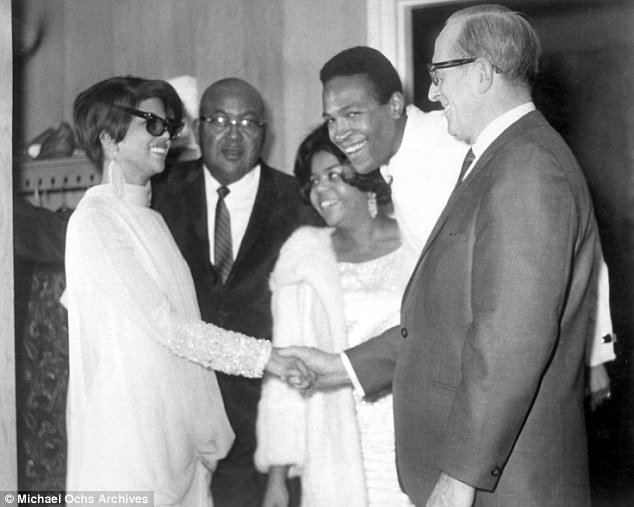 Happy times: Gaye III is the adopted son of legendary singer Marvin Gaye and his wife Anna Gordy Gaye – the pair were wed from 1963-1977 (pictured Anna, center, and Gaye, second from right, are shown here around 1970)

He revealed he had been receiving dialysis for renal failure for three years and was  having trouble finding a suitable kidney for transplant.

He shared his condition publicly to help draw attention to the challenges Black and Hispanic people face when seeking healthy organ donors.

In 2015 the family of Marvin Gaye won a lawsuit against Robin Thicke and Pharrell Williams for infringing his copyright on their song Blurred Lines.

Williams and Thicke were ordered to pay $7.4m in a groundbreaking copyright case in which a judge ruled that their composition was a breach of Gaye’s copyright for the track Got to Give it Up. 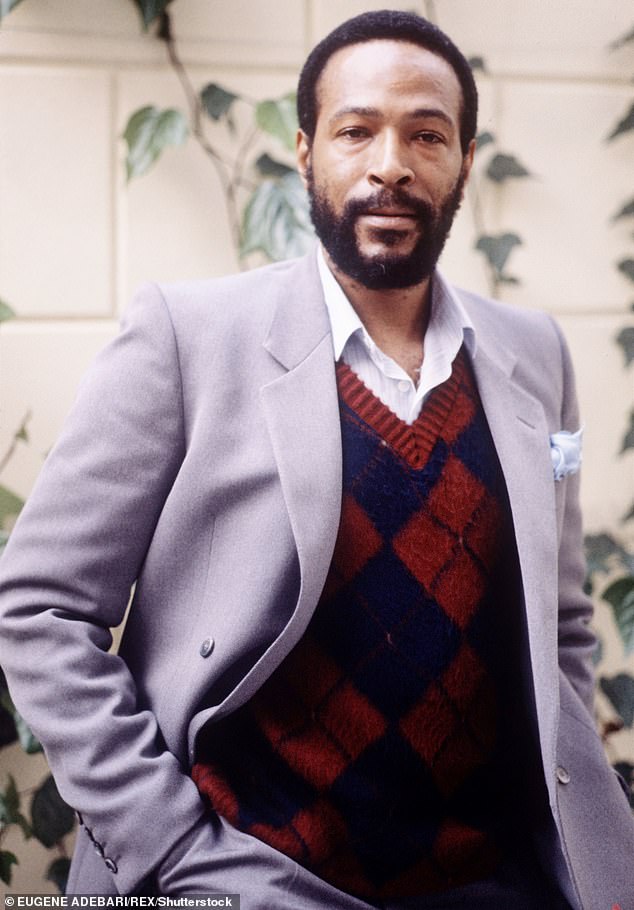 The Benefits of Installing a Tankless Water Heater in Mesquite, TX!

If you're like most people, your water heater is one of the appliances that you depend on the most. It provides hot water for...
Read more

The Israeli military unleashed a wave of heavy airstrikes on the Gaza Strip early Monday, saying it destroyed 15 kilometers (9 miles) of...
Read more

Australia is to halve the number of people allowed into the country each week in an effort to ease pressure on its hotel...
Read more

Investing online can be tricky, especially for seniors. While you want to maximize your capital and ensure that it’s working for you as best...
Read more
Business

In our lives, luck is given too much weight. Only luck allows a person to live life to the fullest. There is a significant...
Read more
Business

Unstable currents are a cause of equipment failure and even accidents and injuries in domestic as well as industrial settings. It is caused by...
Read more