‘Trout pouts and duck faces’: Lippy Apprentice candidates who could all be hired… for Love Island!

‘Trout pouts and duck faces’: Lippy Apprentice candidates who could all be hired… for Love Island!

By Katie Hind Consultant Editor Showbusiness For The Mail On Sunday

It’s a look more associated with Love Island than the boardroom But more than half the female contestants on this year’s Apprentice appear to be boasting cosmetically enhanced lips.

Some viewers of the hit BBC1 show have become obsessed with the ‘trout pouts’ and ‘duck lips’ sported by those hoping to win a £250,000 business investment from Lord Sugar.

Hair salon owner Dani Donovan has prompted much discussion over whether she has received cosmetic help such as filler. Some fans wrote on social media that the 25-year-old, from Hertfordshire, needs to ‘deflate’ her lips.

Meanwhile, Rochelle Anthony, 35, another hair salon owner, from Bedfordshire, has likened herself to American reality star Kim Kardashian, who has inspired a generation of young women to seek the fuller-lipped look. Ms Anthony says: ‘I’m always being compared to the Kim Kardashian of the business world because I’m doing business with a hint of glam.’ 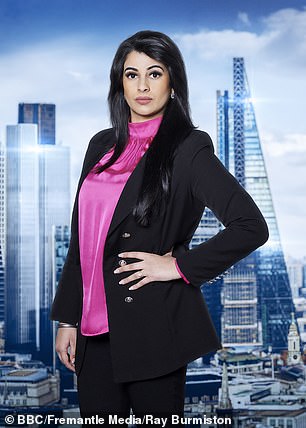 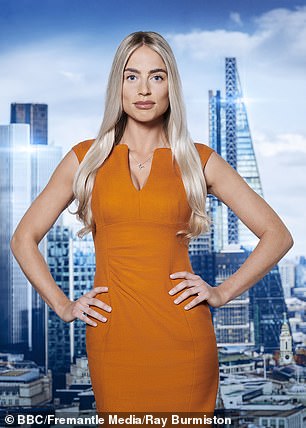 Shazia Hussain’s lips have also prompted discussion, though it is likely the recruitment expert’s lipstick is the reason behind her fuller pout. And Emma Browne, 26, who was the first to leave the show after other female contestants accused her of being disruptive, also has a fuller bottom lip. 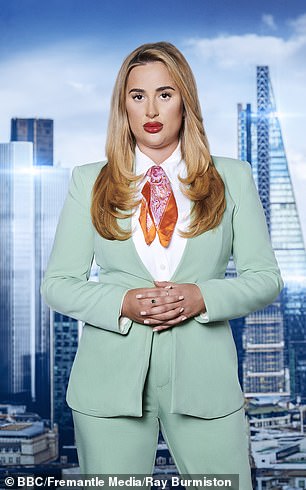 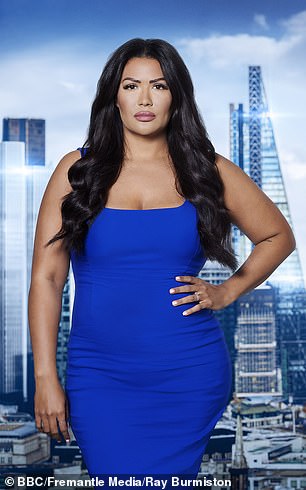 Hair salon owner Dani Donovan (left) has risen discussion over whether she has received cosmetic help such as filler, whilst, Rochelle Anthony, 35, (right) another hair salon owner, from Bedfordshire, has likened herself to American reality star Kim Kardashian

Many of this year’s Love Island contestants, including Tanyel Revan and Anna-May Robey, have admitted to having plumped up their lips with filler. However, surgeons in the UK are reporting a rise in the number of women paying to have lip fillers dissolved.

Demand for artificially plumped lips rocketed after Ms Kardashian’s half-sister Kylie Jenner revealed she had undergone the procedure at 17. But the trend started in the 1990s with the likes of Meg Ryan, Melanie Griffith and Men Behaving Badly star Leslie Ash, who suffered an allergic reaction to a filler which left her with hugely swollen lips.

Even Lord Sugar, 75, has admitted to having had cosmetic procedures. He said: ‘Yes! I’ve had my eyes done. I’ve had cosmetic surgery. I did it for vanity – end of.’

Article content SINGAPORE — Chicago corn futures bounced back on Thursday, with prices climbing 0.8% as the market was underpinned by strong demand...
Read more

How to setup Ninja Fortnite Settings

This article is all about how you can also have the in-game settings of pro players like ninja. with your skills and ninja fortnite settings you can also break the barriers of success.
Read more

Is Outsourcing HR the Right Option for my Small Business?

A lot of small business owners only learn that they can outsource their HR functions well after they start their operation, and it’s understandable....
Read more

Blockchain Bridges: How Do They Even Work?

Blockchains do not, in general, talk to each other very well - or at all - unless bridge mechanisms are implemented. This article...
Read more

The sixth edition of the highly popular fantasy series, A Song of Ice and Fire, has been one of the most eagerly awaited novels...
Read more

The Best Personal loan Companies In 2022

Personal loans are used in many ways like they can be used in vacations, weddings project, and home improvements. Sometimes these loans are used...
Read more
Business