For western companies such as Coca-Cola, Maybelline and Nestlé, century-old brands have long offered a formidable advantage over local rivals in China.

But these established groups are increasingly being threatened by Chinese start-ups whose growth has been turbocharged by savvy social media marketing and optimised supply chains.

It wasn’t a one-off: Genki Forest, a Chinese beverage company, overtook Coca-Cola and Pepsi in online sales during last year’s “Singles’ Day”, a multibillion-dollar extravaganza that is the country’s biggest shopping holiday.

“Foreign brands used to have an edge in the China market by representing a superior western lifestyle. But Chinese consumers are now more confident in ‘China style’,” said Albus Yu, investment manager at China Growth Capital, a venture-capital fund that has backed brands such as Maia Active, a Chinese challenger to Lululemon.

The pre-eminence of Chinese brands marks a turnround in a country where foreign products have historically been viewed as safer and of higher quality. It also poses a big challenge for multinationals that are increasingly looking to China for growth.

It also chimes with China’s political priorities. President Xi Jinping has urged the country to focus on domestic demand for growth.

“This next decade is going to be the decade of Chinese brands,” said Elijah Whaley, vice-president of Asia-Pacific marketing at Launchmetrics, an analytics company. “The domestic brands will take a large share of China’s growing consumer market.”

In the first three quarters of 2020, domestic sales for Chinese fast-moving consumer goods brands increased 2 per cent while those of foreign brands shrank 6 per cent year-on-year, according to a report by Kantar Worldpanel and Bain.

Much of the recent success of local brands comes down to hefty investments in marketing, particularly on social media, analysts said. That has been fuelled by strong backing from venture capital.

Marketing can account for upwards of 60 per cent of Chinese consumer start-ups’ spending, according to Launchmetrics, compared with 15-25 per cent for foreign brands in China.

“Overseas brands are much more organic in their marketing approach, they want to grow slowly, and that’s how it works in other markets. But here everything is accelerated because there’s so much venture capital involved,” said Jenny Chen, co-founder of WalkTheChat, a cross-border marketing software agency.

Chinese brands have also been nimble in terms of developing their supply chains. Being close to manufacturing clusters in China, they have cultivated relationships with suppliers, allowing them to accelerate development of new products and trim costs. Often, these suppliers are the same ones through which premium foreign brands source goods.

“The magic is in the small-batch ordering. You can produce thousands of items and see what sticks,” said Rui Ma, China tech analyst at TechBuzz.

Variety and speed matter because young Chinese consumers have eclectic tastes and a keener desire to chase trends than their western counterparts, analysts said. While GlaxoSmithKline had 400 products for European customers in one oral care category, it had 12,000 for China, Tanner added.

Young Chinese consumers also expect a sophisticated ecommerce experience. When buying a lipstick, they might first watch an influencer promote it on Douyin, China’s version of TikTok, and then switch to social media platform Xiaohongshu for reviews from professional beauty bloggers before finally buying it on Alibaba’s Taobao after consulting customer feedback and photos.

Some Chinese influencers have amassed huge fanbases, such as “Lipstick King” Li Jiaqi, who has 45m Douyin followers. An endorsement from Li can lead a product to sell out in minutes and he has previously criticised foreign brands such as Hermès and Chanel.

It was watching Li’s livestreams that Zhang Qiping, a 28-year old professional at a foreign company in China, discovered domestic brands Florasis and Perfect Diary.

“I thought the lipsticks looked great, and then I went on Xiaohongshu and found there were lots of people recommending them so I went ahead and bought them,” said Zhang, who had previously bought lipsticks from Dior and Yves Saint Laurent.

But “micro-influencers”, who have a much smaller reach of fewer than 10,000 followers, are also an important group for brand marketing. They are often regular customers who companies have converted into brand advocates, giving them free products or small payments.

“In China’s influencer industry, you can find a price for almost everything: a sponsored campaign that looks like it’s native content or a tiny post by a micro-influencer,” said WalkTheChat’s Chen.

Another effective way for brands to reach customers in China is via groups on messaging platforms such as Tencent’s WeChat, where they are limited to 500 users. This allows brands to interact with consumers in a more intimate environment, but some western companies see them as offering an uncertain return on investment. 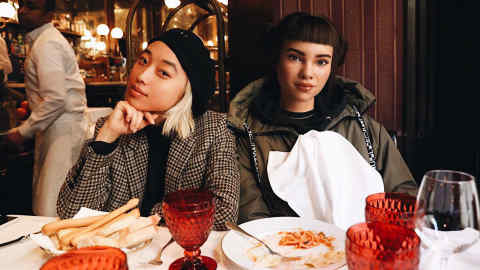 Chinese media has documented how Perfect Diary has opened thousands of WeChat groups led by “Xiaowanzi” or “Abby”, a virtual beauty influencer backed by a large marketing team.

Over the final weekend of 618 promotions, one of Abby’s WeChat groups of 200 people was inundated with brand promotions, while shoppers posted pictures, asked questions and gave feedback.

When asked for an interview via WeChat, Abby replied that a dedicated member of staff would respond and sent a picture of the cartoon mouse Jerry holding a flower.

Asked how international brands could win her back, Zhang, the consumer working for a foreign company, replied: “When it comes to switching brands, I usually look at reviews on Douyin and Xiaohongshu. It all depends on whether the brands can get beauty bloggers to promote them.”

When you have decided to lay new outdoor landscaping in your yard or garden, you may well be wondering where to start. Ensuring that...
Read more

James Bond movies ranked, from Casino Royale to No Time to Die

Do you feel your skin is sensitive? Do you struggle a lot to get rid of acne? Well, dealing with any problem involves understanding...
Read more

How Much Do You Pay A Keynote Speaker?

Can an Open House Come Under Rent to Buy Homes Schemes?

An open house is an event that is hosted by either the seller or a real estate agent. In this event, buyers are invited...
Read more

Benefits Of Garlic For Men That You Should Know

Behind the upsetting smell for certain individuals, garlic ends up having medical advantages that can't be questioned, and one of them is intended for...
Read more
Business

How to go through the first steps of business growth

The moment you decide to grow a business, there are things that we need to take care of if we want to have a...
Read more