Simon Cowell continued to look unrecognisable as he arrives at the Britain’s Got Talent launch on Tuesday.

The TV mogul, 63, was among the first to arrive at the London Palladium as he gave a thumbs up to crowds as he was joined by long-standing hosts Ant McPartlin and Declan Donnelly.

Simon, who has recently shocked fans with his radically different features, was in good spirits as he headed into the coveted theatre, while hosts Ant and Dec were mobbed by the delighted crowds. 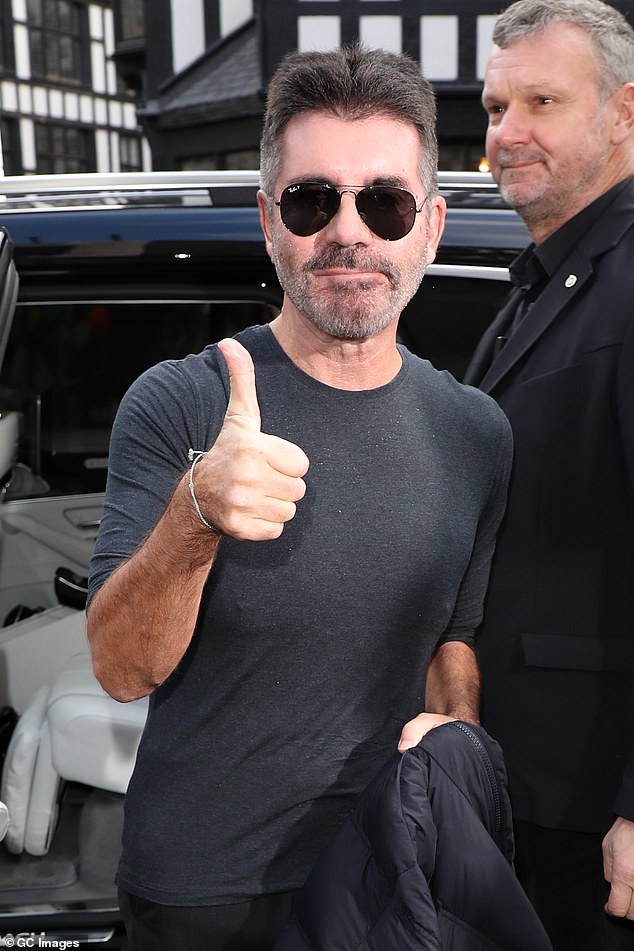 Donning one of his signature casual outfits, Simon was in good spirits as he emerged from his car outside the theatre to make his way into the first auditions.

The much-anticipated new series has begun filming this week, and is expected to his screens in the spring.

In recent times, Simon has sparked concern with his radically different facial features, looking unrecognisable notably in a Britain’s Got Talent promo.

The record label boss sparked concern with his ‘unrecognisable’ appearance at the Royal Variety Performance, which was filmed on December 2 and aired on ITV later that month. 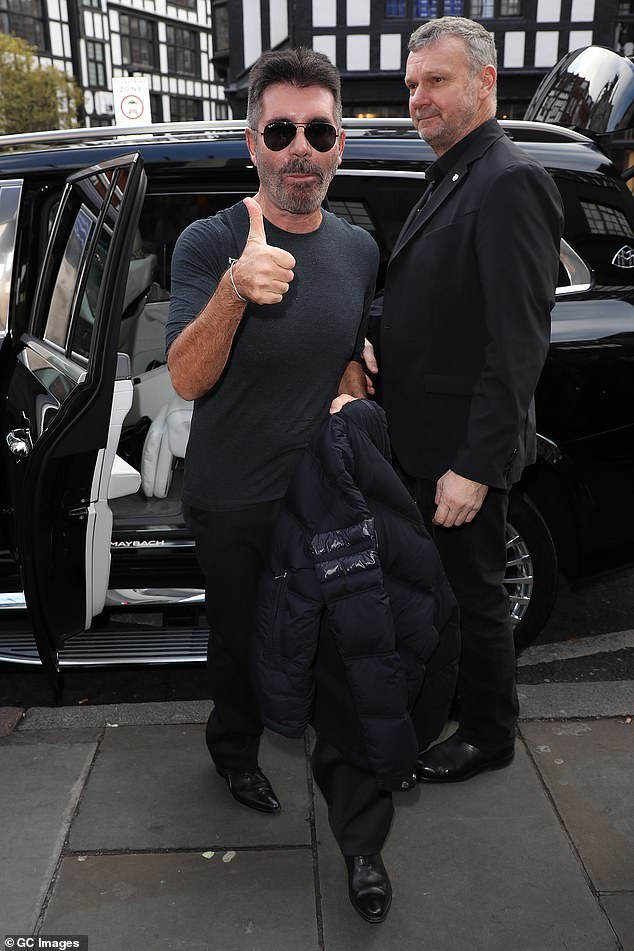 Low-key: The TV mogul was among the first to arrive at the London Palladium as he gave a thumbs up to crowds 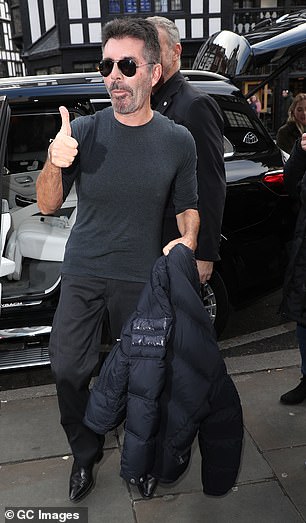 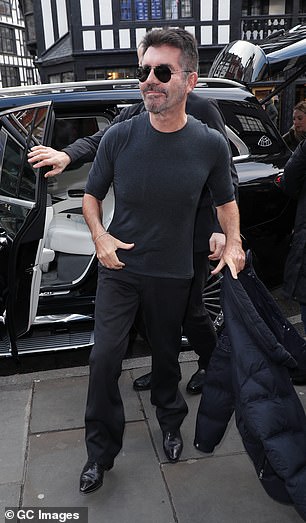 Happy: Simon, who has recently shocked fans with his radically different features, was in good spirits as he headed into the coveted theatre 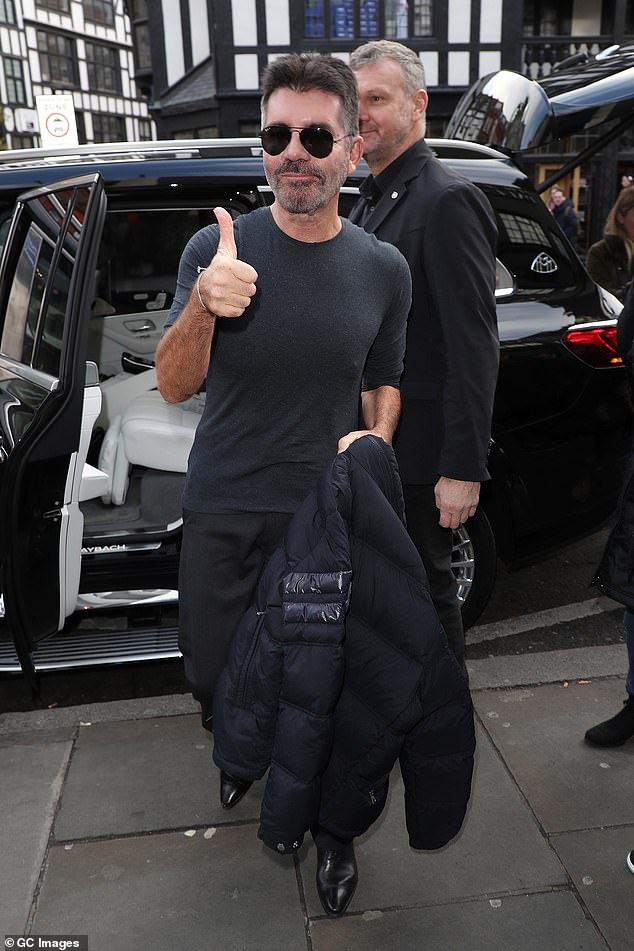 Relaxed: Donning one of his signature casual outfits, Simon was in good spirits as he emerged from his car outside the theatre to make his way into the first auditions 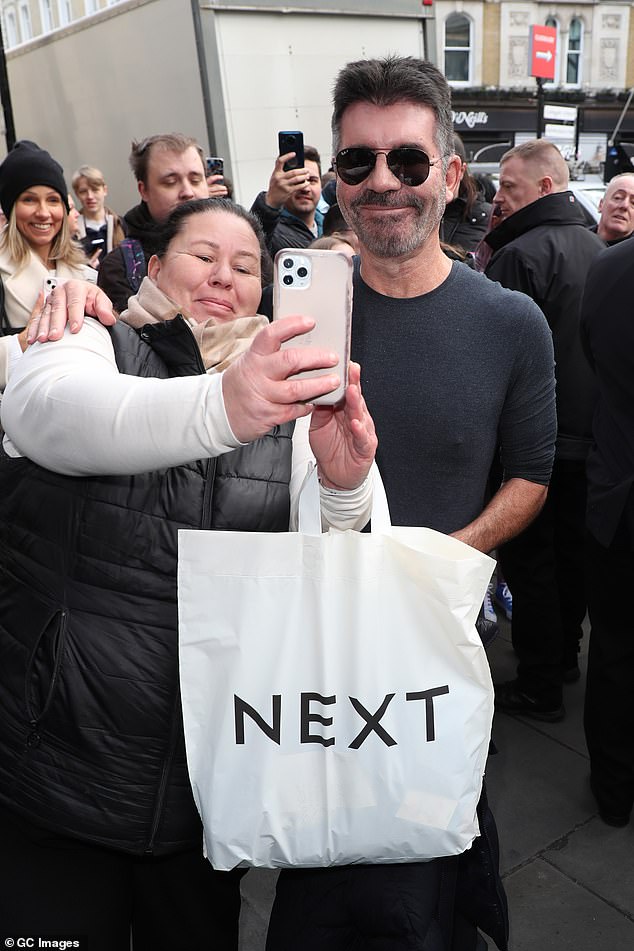 Say cheese! At one point Simon paused to pose for a selfie with a delighted fan waiting outside the theatre 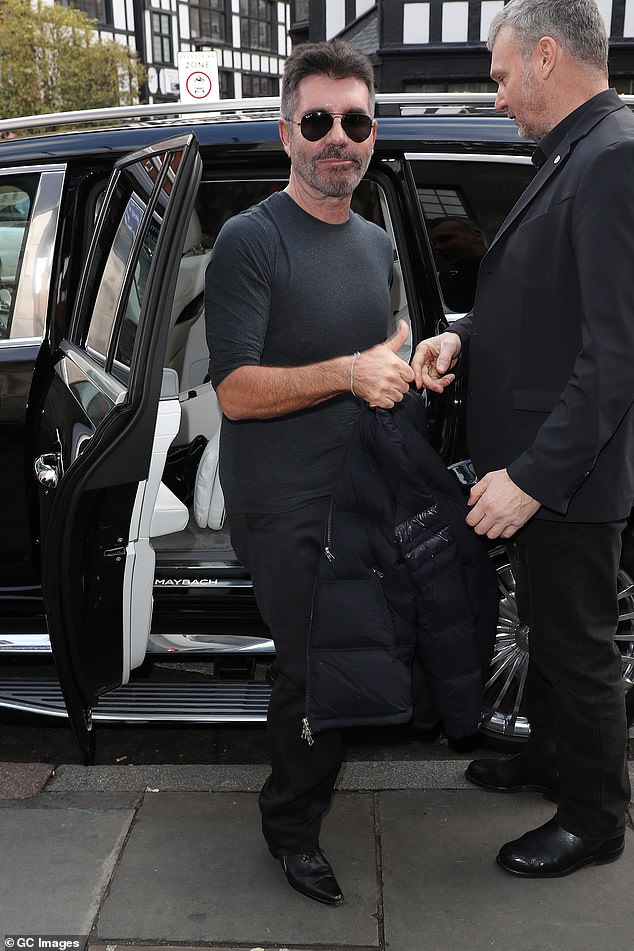 As Simon was introducing BGT winner Axel Blake, he left TV viewers distracted by his incredibly smooth visage, that may be the result of cosmetic surgery, with one asking: ‘What’s he done to himself?’.

The record producer had previously sparked concern by his appearance and, taking to Twitter, one viewer wrote: ‘Just saw Simon Cowell on the Royal Variety show, what has he done to himself?.’

While another added: ‘WTF have you done to your face lad?’ and a third added: ‘Simon Cowell needs to stop having facelifts!’

Agreeing, a fourth commented: ‘Flicked over during halftime of the football and was that Simon Cowell of George Michael ordered from Wish on stage’.

Another said: ‘Simon Cowell’s had a “little work” done’ and on more joked: ‘What on earth happened to Simon Cowell?’.

He previously sparked concern from fans in a promo video shared to social media on earlier last month.

Simon recently revealed that he took his love of Botox too far , with his final treatment leaving him looking like ‘something out of a horror show’.

According to The Sun, the talent show boss said he decided to stop when his strange appearance left son Eric, eight, in hysterics.

The former X Factor judge, who shares his son with partner Lauren Silverman, 44, revealed that as a result he no longer has any filler in his face.

No doubt BGT fans were keen to find out who would make up the final line-up after David Walliams’ departure.

Bruno Tonioli appears to be the name on everyone’s lips after Alan Carr was thought to be taking on the role.

On Monday, it was claimed that Amanda Holden and Alesha Dixon were refusing to sign contracts for the latest series of the show. 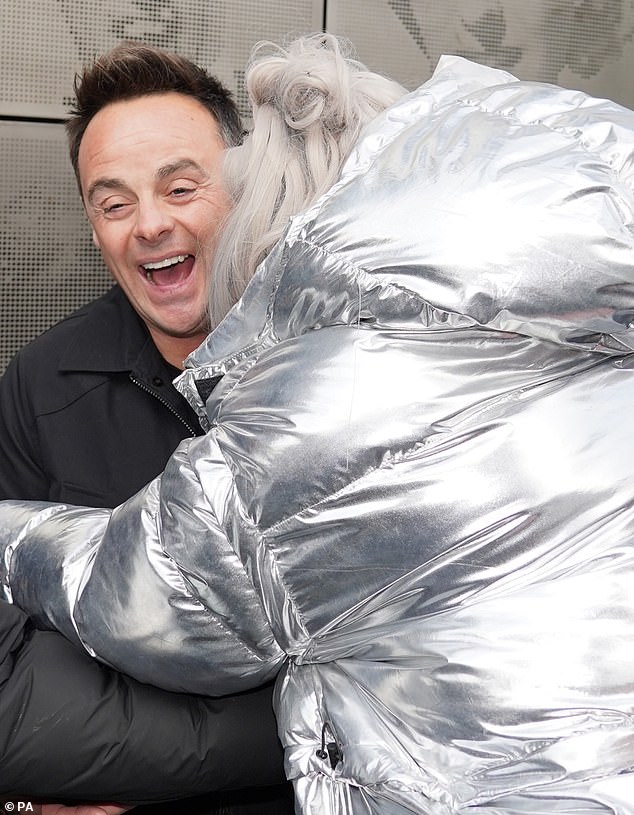 Giggling: Ant McPartlin was mobbed by the crowds as soon as he arrived which he appeared most amused by

'You can't make this up': Love Island fans go wild after...
Read more

The US food delivery app DoorDash has launched in Japan, marking the company’s first foray into the Asian market and the latest move...
Read more

The corridors of power in Nepal | Book Review — Hisila: From Revolutionary to First Lady by Hisila Yami

A file photo of a man taking part in a protest in January against the dissolution of parliament in Kathmandu, Nepal (Reuters)By...
Read more

on Saturday said it is deeply concerned with the inconvenience caused by the technical glitches in the new income tax e-filing portal,...
Read more

Website Development companies are making a lot of money by enabling customers to buy their goods and services online via their websites.
Read more
Business

Where To Check KBC Lottery Number 2022

Hiring Skills You Should Know About If You’re In HR

Employees are by far the most valuable asset for any organization. Any business that is focused on achieving its goals and objectives understands that...
Read more