Scarlett Johansson and her costar Woody Harrelson were seen looking comically out of time while working on the set of their upcoming film Project Artemis on Wednesday.

The 38-year-old Marriage Story actress and the 61-year-old Natural Born Killers star were spotted in 1960s style period costumes on the set of the Apple TV+ film in Atlanta, even as they climbed into separate Tesla car between shooting.

Almost no details have been released about the film, which is only known to be set around the space race.

Scarlett looked classically chic in a navy blue dress with a V-shaped collar that emphasized her trim figure. 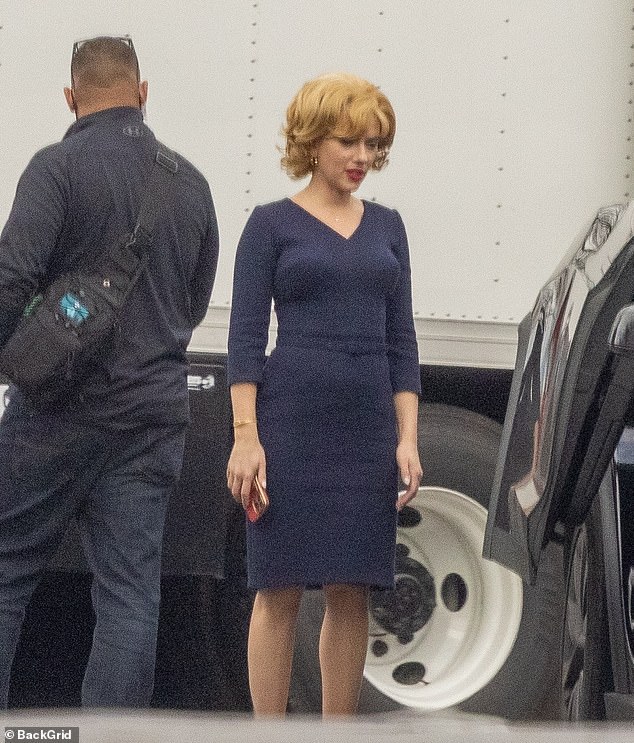 Leading lady: Scarlett Johansson, 38, looked stylish in a navy blue 1960s-styled dress and golden blond hair on the set of Project Artemis. She was seen Wednesday in Atlanta with costar Woody Harrelson

The look reached down to her knees and had slightly shortened sleeves.

She wore her hair in a short but voluminous golden blond look, though it wasn’t clear if it was her natural hair or a wig.

She was spotted getting into the back seat of a Tesla Model X SUV, which featured the model’s distinctive and divisive butterfly doors. 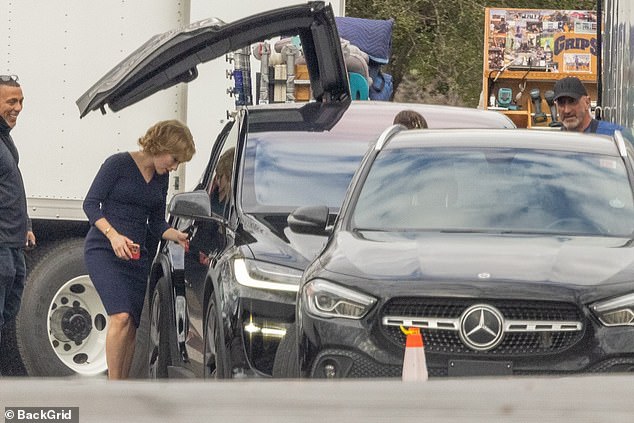 Anachronism: Scarlett was spotted getting into the back seat of a Tesla Model X SUV, which featured the model’s distinctive and divisive butterfly doors

Elsewhere on set, her costar Woody Harrelson was seen getting into a different white Tesla.

He was dressed in a business casual look that wouldn’t have been out of place even today, though it was presumably also a costume.

He wore a simple white dress shirt with a slim crimson tie and charcoal pants with a black leather belt. 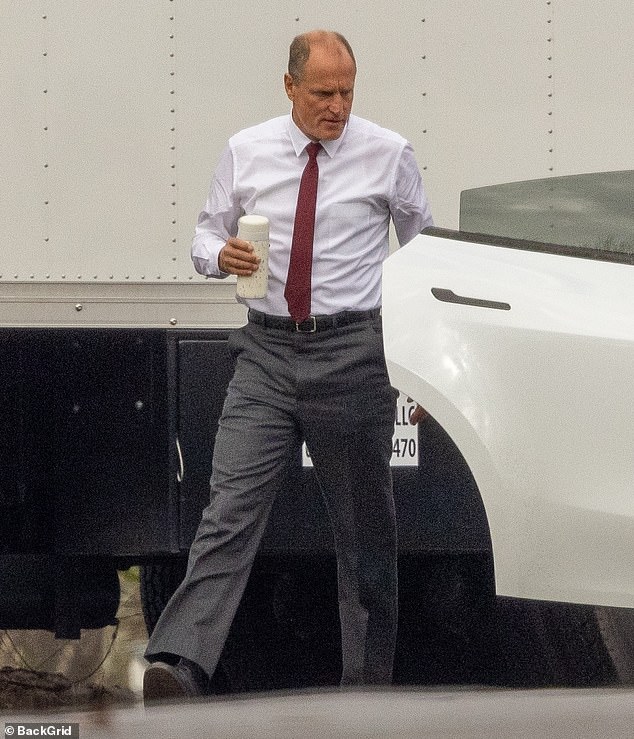 Classy: Elsewhere, Woody Harrelson was seen getting into a different white Tesla. He was dressed in a business casual look that wouldn’t have been out of place even today

The True Detective star is joined in the cast by Channing Tatum, Ray Romano and Community actor Jim Rash, among others.

In March of 2022, Apple TV+ acquired the film for a stunning $100 million, with Jason Bateman slated to direct and Johansson starring opposite Captain America star Chris Evans.

However, Bateman subsequently departed the project over creative differences, and scheduling issues with his replacement, director Greg Berlanti, forced Evans to drop out as well, with Tatum replacing him. The big-budget film has been shooting in Atlanta since October of last year. 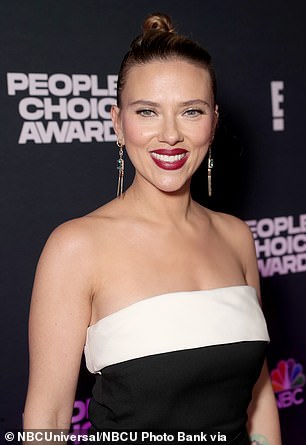 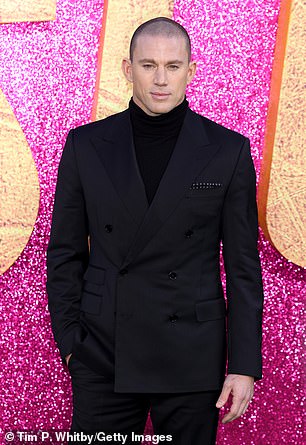 Mum’s the word: Few details have been released about the Apple TV+ film, but it is said to be set in the ’60s amid the space race. Jason Bateman was set to direct with Chris Evans costarring, but both dropped out, with Greg Berlanti directing now and Channing Tatum starring

Is Getting a College Degree Worth It?

With all of the expenses attached to getting a college degree, it’s understandable why some people might be put off pursuing higher education. Not...
Read more

Which Is Better – Black Tea Or Green Tea?

Tea is a beverage that has been consumed for centuries. It is made by infusing the dried leaves of the Camellia sinensis plant in...
Read more

Here’s why companies should be using a smart subscription billing software to process recurring payments for their business.
Read more
Business

Working Out And Treating Erectile Dysfunction

Various issues are acquiring conspicuousness in our present age, and, therefore. They are the sorts of issues that cause an immense number of medical problems...
Read more
Business

Home battery storage systems have picked up a lot of popularity in recent years. And though there may be different reasons for it, the...
Read more