‘My life just became better’: Rita Ora flashes her sheer lacy underwear and sports bleached eyebrows for racy shoot as she opens up about her marriage to director Taika Waititi

Rita Ora has posed for a very sexy photoshoot as the latest GQ Hype cover star.

She flashed her sheer lace underwear beneath a tight black skirt and a ribbed cream top which fell down on one shoulder.

During an accompanying interview, Rita, 32, also spoke about her marriage to film director Taika Waititi, 47, who she secretly tied the knot with in August 2022. 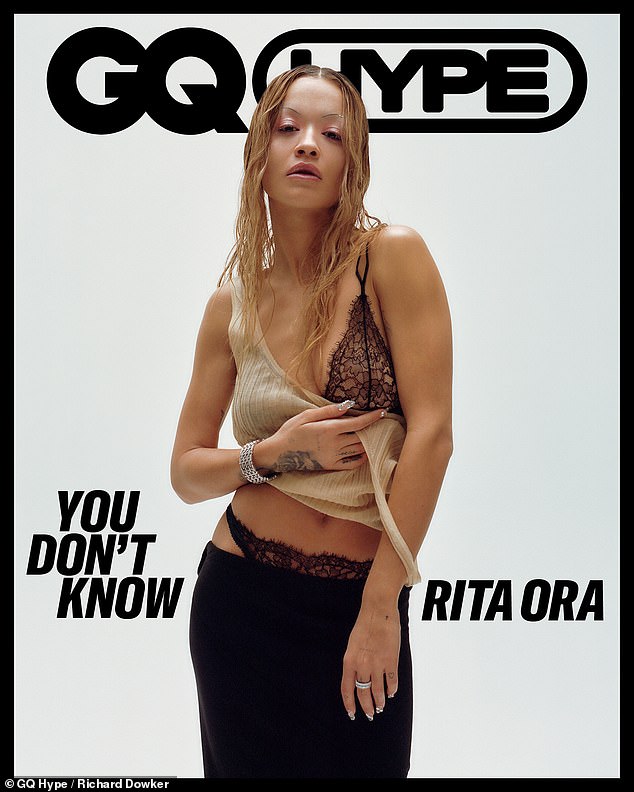 ‘My life just became better’: Rita Ora flashed her sheer lacy underwear for a racy fashion shoot for GQ Hype as she opened up about her marriage to director Taika Waititi

Talking about how she knew he was right for her, she said: ‘When I didn’t feel a change, like my life just became better.

‘We were really good friends for six years, and I went to Australia and we both had separate jobs, and we didn’t really know that many people out there.

‘It was nice to see a familiar face and our universes just collided. That was it.’ 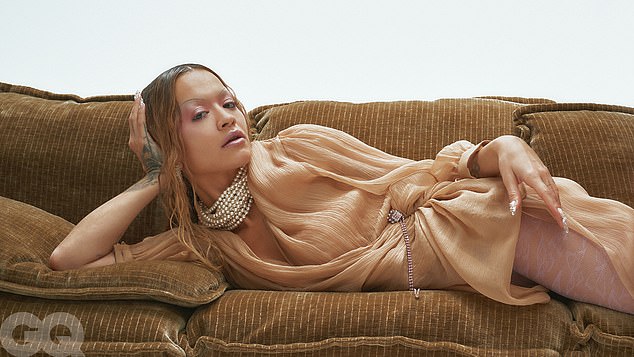 She said: ”We were really good friends for six years, and I went to Australia and we both had separate jobs, and we didn’t really know that many people out there. ‘It was nice to see a familiar face and our universes just collided. That was it’

It looks as though the relationship has influenced her new album.

She said: ‘It’s my love story, basically, to the world, but I wanted people to really connect to it.

‘There’s different faces of love: it’s not just being in love with a person, you can be in love with going and getting a pint, which is my favourite thing to do.

‘[With the album, I’m] capturing this moment in my life where I’m falling in love. There are things I talk about on it, very personal thoughts, about what it took for me to decide on this person, and to commit to him.

Meet Mrs Waititi-Ora! Rita married director Taika in an intimate ceremony in London, in Aigust 2022,  according to reports (pictured together in March)

Rita also discussed her eclectic career decisions including her position as presenter on The Masked Singer:

She said: ‘I thought it was a fun, easy breezy [job], and it felt like a good idea to sit alongside Jonathan [Ross] who I’ve loved since day one, Davina [McCall] who’s my TV icon, and Mo [Gilligan] who I met during the show.

‘It makes your job so much easier when you love the people around you. I don’t want to walk away from that family right now, but you never know what’s going to happen.’ 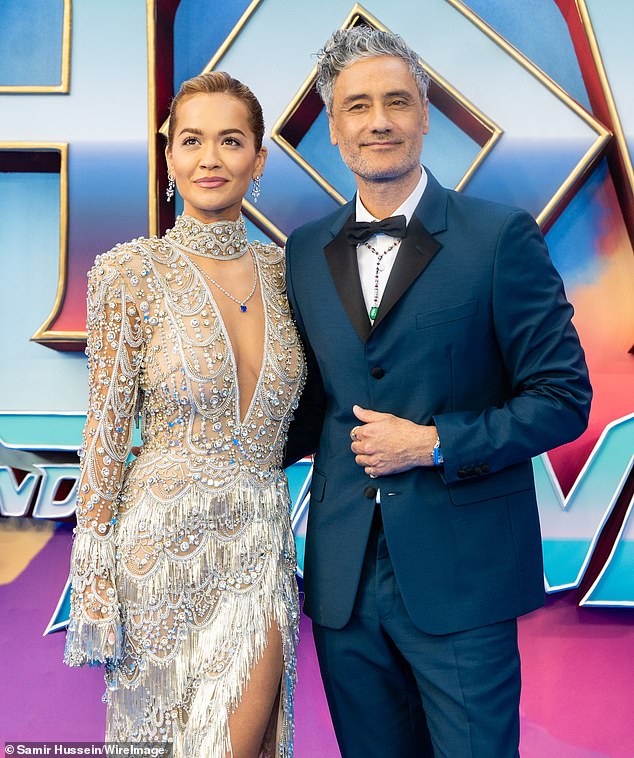 Happy! Rita and Taika reportedly got engaged two months ago after going public with their romance in August 2021

Amazon executive Andy Jassy is set to be handed a stock package worth more than $200m when he takes over from Jeff Bezos...
Read more

Demi Sims has revealed she was rushed to hospital in the UK after falling ill with a serious disease. The former TOWIE star, 26, told her...
Read more

WASHINGTON: Federal Reserve policymakers have begun to acknowledge they are closer to debating when to pull back some of their crisis support for...
Read more

This article is part of the On Tech newsletter. Here is a collection of past columns.A pile of internal communications has given us...
Read more

Rivian Gets Closer to IPO, Seeking Over $50 Billion Evaluation

Rivian, an electric truck maker backed by Amazon and Ford Motor, is aiming to be valued above $50 billion in its initial public...
Read more

Customized bath bomb boxes packaging are attractive boxes that can be used as packaging and display boxes for bath bombs, as well as other similar products.
Read more
Business

The Best Way to Get Free Promo Codes for Your Favorite Website.

The world is your oyster. You can get anything you want, but you have to open up that shell and grab it with both...
Read more
Business

Get Started With Vectogi – The Best Site For Mobile Skin Templates

Mobile skin is an essential part of any phone. It provides a seal of protection, keeps your phone looking new, and lets you access all the features of your phone without having to take it off. However
Read more