Phoebe Burgess had the time of her life at the Tamworth Country Music Festival in rural New South Wales over the weekend.

The former NRL WAG, 34, posted a video to Instagram which showed her dancing like no one was watching with her female pals.

Phoebe sported a Western-inspired outfit for the occasion, wearing a Bassike patterned gown with a cowboy hat. 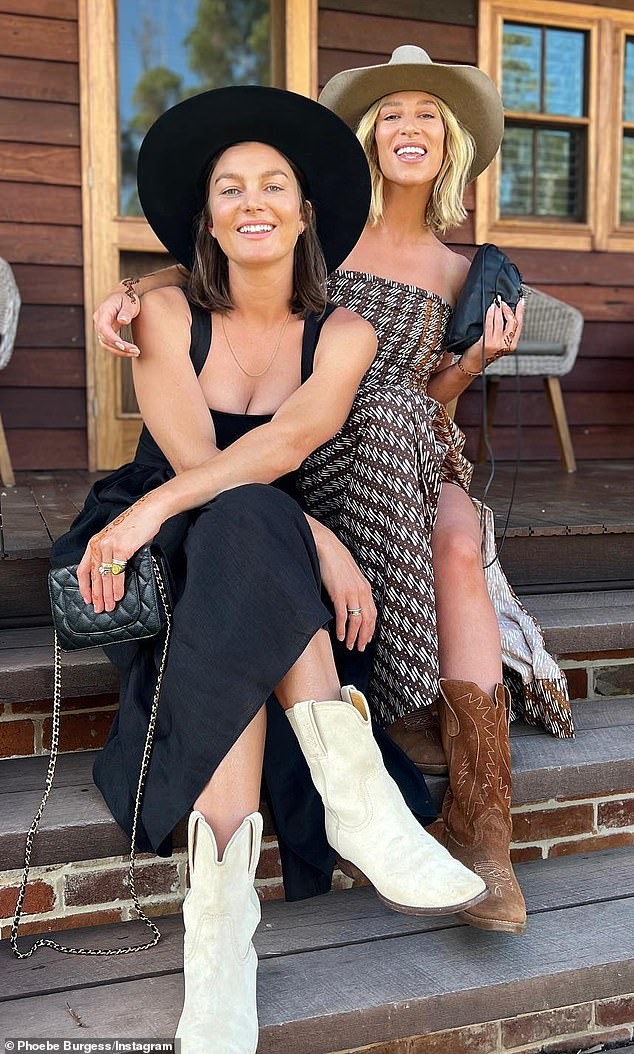 At one point she locked arms with her friend as the pair energetically swayed their hips together to the music.

‘What a privilege it was to witness the finalists give it their all and give us an incredible show! #FriendOfTheBrand @tcmf_official,’ she captioned the footage.

Many of Phoebe’s followers said she was all ‘style and class’ while another said it looked like ‘absolute fun’. 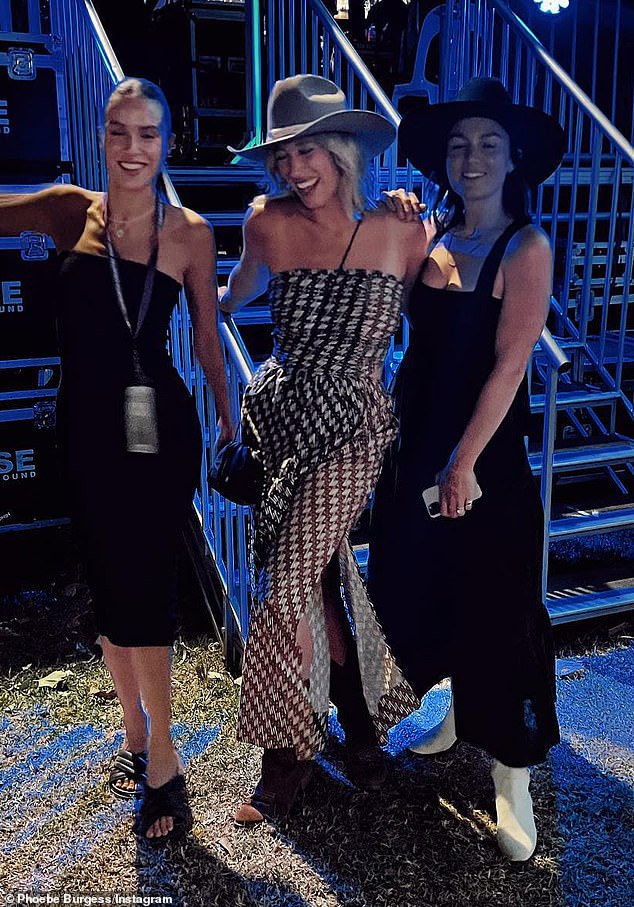 The former NRL WAG, 34, danced like no one was watching as she rocked her daggy moves with her female pals

It comes after Phoebe’s ex Sam Burgess and his new girlfriend Lucy Graham showed off their wild sides on Monday when they posed for a racy Instagram photo shoot.

The couple was pictured standing on a staircase outside ritzy Byron Bay hotel Raes, with Lucy comically thrusting her pelvis into Sam’s backside.

Lucy triumphantly grinned as she pretended to ‘peg’ the strapping English footballer, 34, who closed his eyes and pretended to wince. 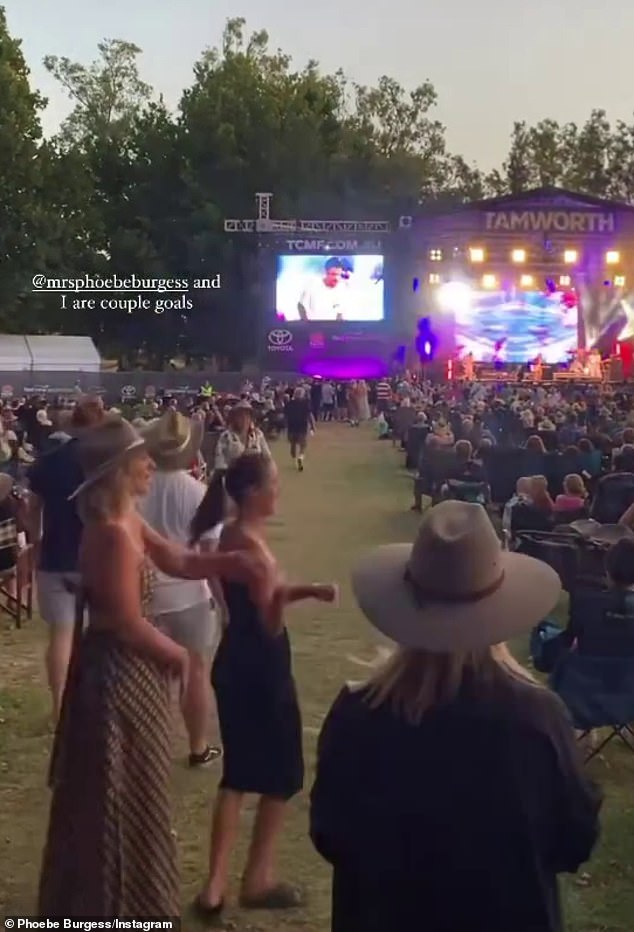 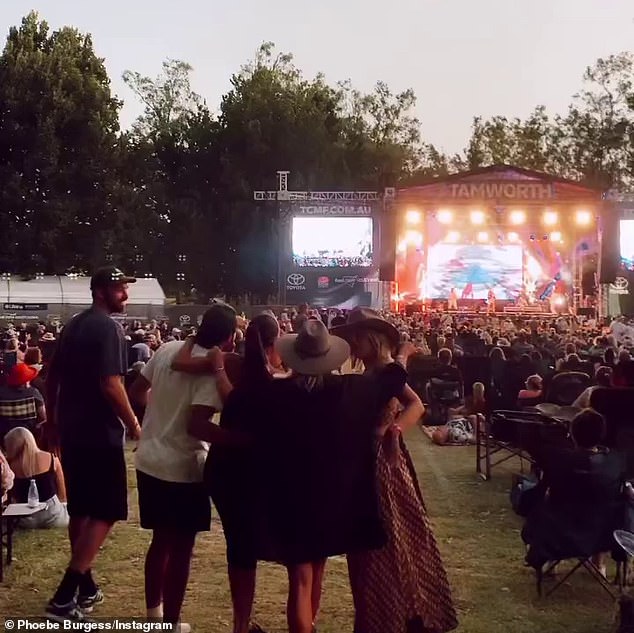 In a second photo, the twosome were seen bursting into laughter.

Phoebe and Sam married in 2015 and later divorced in January 2019 and the former couple share daughter Poppy, four, and son Billy, three. 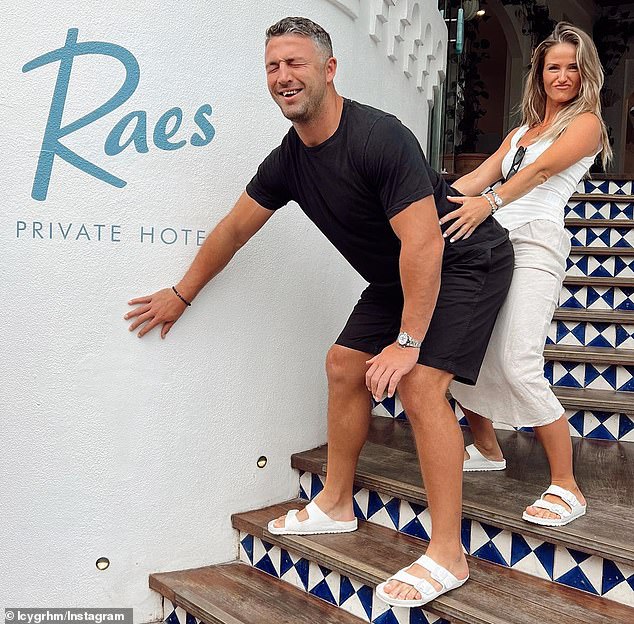 Pamela Anderson ‘believed’ she caused death of babysitter who molested her

Pamela Anderson has spoken about the abuse she suffered at the hands of her female babysitter in her new Netflix documentary, Pamela: A...
Read more

The Golden Raspberry Awards, known as the Razzies, removed Ryan Kiera Armstrong from their ballot, after cruelly nominating the preteen in the Worst...
Read more

Official representation between Hong Kong and Taiwan is set to end this year as mounting political tensions threaten one of the region’s most...
Read more

Who Has the Power to Break Up Big Tech?

The Big Five tech companies — Amazon, Apple, Facebook, Microsoft and Google owner Alphabet — have come under serious scrutiny in the past...
Read more

Tips To Get Your Clients To Pay On Time

When you are a business owner, you are bound to get stuck with clients who do not pay on time. The worst part is...
Read more
Business

Every day is a new day and technology helps you to connect with your loved ones who live far away from you and buy...
Read more
Business

If you decide to have your own business, one of the most important things which you must keep in mind from the beginning is...
Read more