Nigeria has blocked Twitter on mobile networks after the social media company deleted a post by President Muhammadu Buhari that threatened a violent crackdown on unrest in the south-east.

The vast majority of internet users in Africa’s most populous country use mobile data to access the internet.

Information minister Lai Muhammad said on Friday afternoon that the administration had suspended Twitter because of the “persistent use of the platform for activities that are capable of undermining Nigeria’s corporate existence”.

The website continued to be accessible throughout the evening but by Saturday morning, was only available via fixed-line broadband.

Approximately 68m Nigerians subscribe to mobile data plans, which are often shared among several users, a figure that dwarfs the number who use fixed broadband, according to a December study by the World Bank and the mobile operators trade group GSMA.

Twitter said it was investigating the “deeply concerning” suspension, and would provide updates.

The suspension comes months after Twitter chose nearby Ghana for its first Africa office, bypassing the continent’s biggest market, Nigeria, in what has been seen as a sign of Ghana’s more accommodating business environment and Nigeria’s more mercurial regime.

The Nigerian government has floated the idea of regulating social media, particularly since widespread protests against police brutality last year.

The latest move came after Twitter on Wednesday took down a Buhari tweet that threatened the perpetrators of violence in the country’s restive south-east with a reference to Nigeria’s brutal late-1960s civil war.

The government has blamed surging violence in the region, which has included dramatic prison breaks, the torching of election offices and killings of police officers, on the banned secessionist Indigenous People of Biafra group. 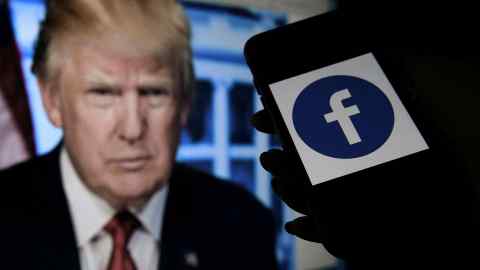 “Many of those misbehaving today are too young to be aware of the destruction and loss of lives that occurred during the Nigerian Civil War,” Buhari wrote on Tuesday in the now-removed post.

“Those of us in the fields for 30 months, who went through the war, will treat them in the language they understand.”

Twitter said the statement violated its abusive behaviour policy, which prohibits “content that wishes, hopes, promotes, incites, or expresses a desire for death, serious bodily harm or serious disease against an individual or a group of people”.

Buhari, who ruled as a military dictator in the early 1980s, served in the 1967-1970 civil war, also known as the Biafran war, in which roughly 1m Biafrans are estimated to have died of starvation.

Could small nuclear reactors be the future of energy?

Learning programming through one of these coding games can make the learning process a lot more fun and rewarding.Read the full storySource link...
Read more

How to Buy Real TikTok Followers in the UK: A Guide to Increase your Social Media Presence

How many TikTok followers do you have? If you’re not up to a hundred thousand, I’d be surprised
Read more

GIST is a social network built around what you and your friends buy. It's the digital version of the ultimate product recommendation: social...
Read more

In order to find the best talent, you need to be prepared to invest in a well-organized recruiting process.
Read more
Business

Who doesn’t want to Make It Big! Who wouldn't desire to start their business quickly and become the family's first millionaire? Every single one of...
Read more
Business

Skill Building and Other Ways to Boost Your Business

When you are running your own business, one of the most important things you need to be doing is looking out for ways that...
Read more

Raebanns is a social media personality and an Instagram star from America. It is hard to find details about her as she is a...
Read more