Meet the all new cast of Australian Survivor: Heroes vs. Villains

Australian Survivor is set to return to screens on January 30.

Filmed in Samoa, the 2023 Heroes vs. Villains season promises to give fans plenty of excitement.

Mixing veteran castaways with new contestants, the cast includes an Olympian, a Beauty Queen, a TV star – all out to outwit and out do each other. 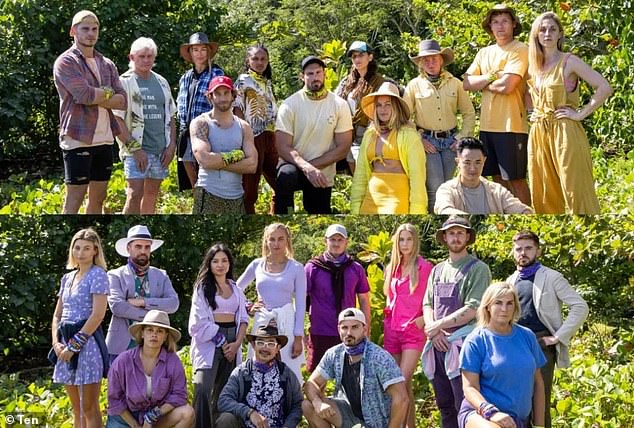 Famed author of the Family Law series of books, Ben is a self-confessed Survivor fan. The broadcaster says he is all set to play dirty if the game requires it.

The hunky former Essendon hero, says when it comes to playing Survivor there’s no line he isn’t willing to cross.

New mother-of-one Flick, a Survivor veteran, says she’s stronger than ever and it’s ‘time for a hero to win the game’.

Flick was one of the standout contestants on the first season of Australian Survivor back in 2016.

She became a fan favourite for her courage on Australian Survivor: Brain vs Brawn, when during filming her mother died. 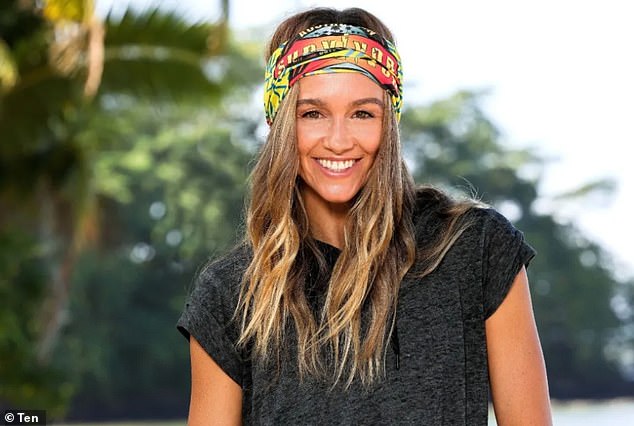 Ex-Home and Away star Sharni Vinson 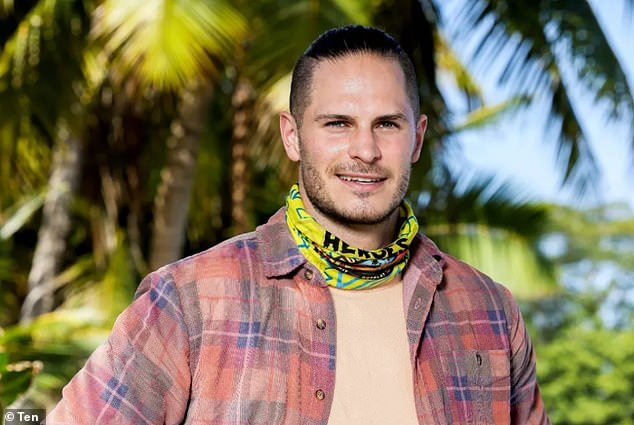 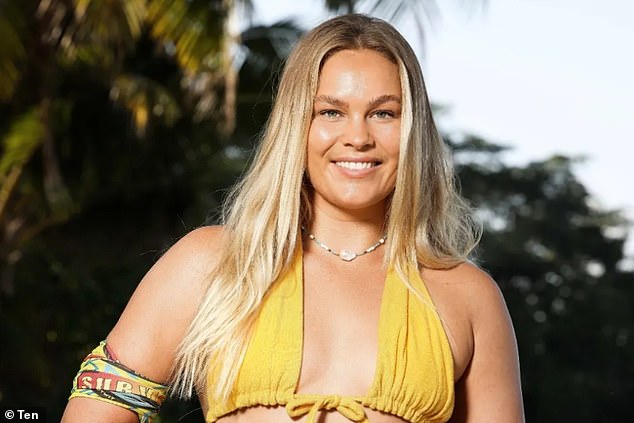 A veteran pilot Gerry works out of Fraser Island. He reckons his time in the cockpit has prepared him for the rigours of Survivor having lived through several air crashes.

A PHD in pain research, Hayley was crowned winner of Australian Survivor: Brains Vs. Brawn in the Outback.

Even though she’s a hero, fans can look forward to her being a bit of a villain this season, she says.

Matt’s mates describe the Gold Coast lifeguard as loyal and trustworthy. Matt says he has gone into the adventure series to send the villains ‘home packing.’ 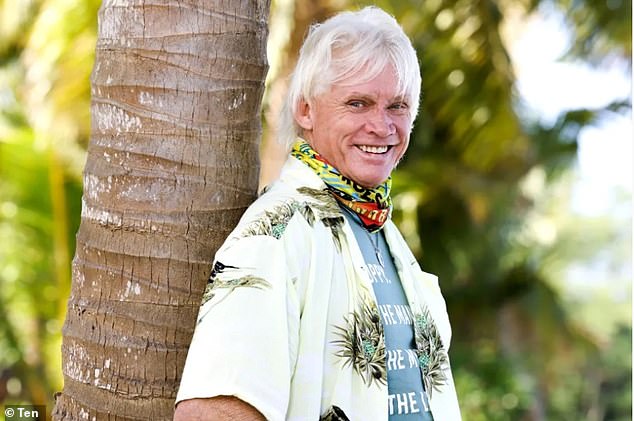 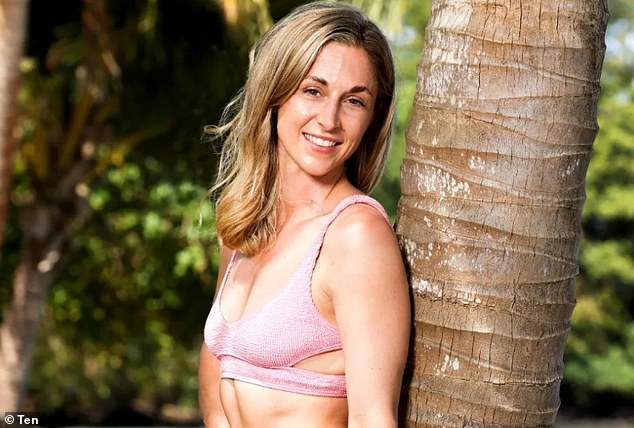 Nina is back as a castaway this season after her brutal exit from Australian Survivor: Blood vs. Water in 2022, when she was competing with her mother and former two-time US Survivor winner, Sandra Diaz-Twine.

She says if the season was made for anyone it’s her, as she is a hero ‘raised by a villain’.

A plain-speaking down-to-earth country woman, new castaway Paige has been working in the bush as a Ringer and Jillaroo since she was 18.

When it comes to Survivor she says she can’t understand why anyone would want to be a villain. 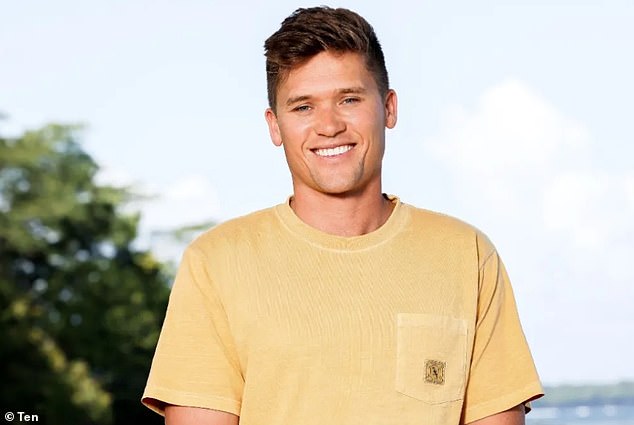 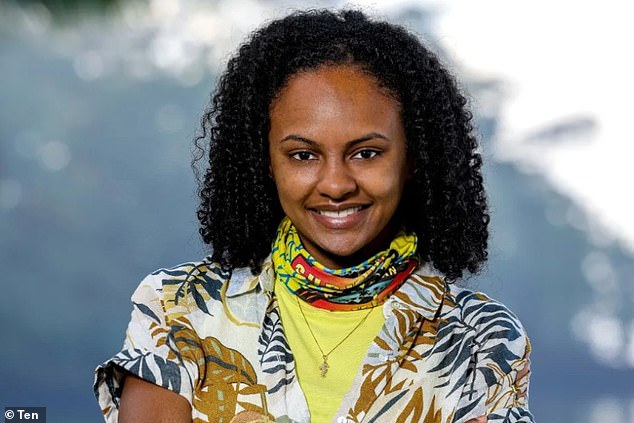 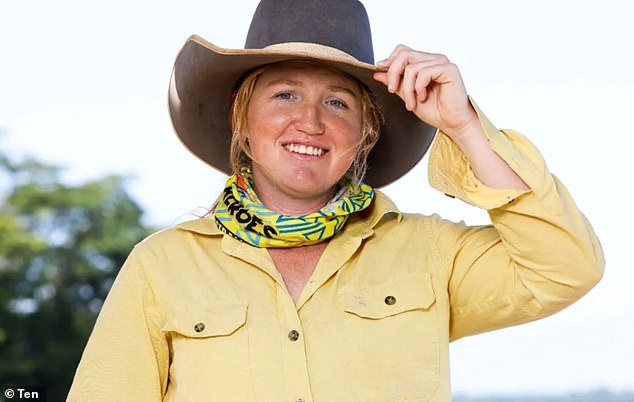 Sam returns as a castaway after his first appearance on the adventure series six years ago.

A self-professed ‘battler’, Sam says that everyone loves an underdog – but sometimes you have to bend the rules to win.

Known as the ‘Scream Queen’ for her roles in Hollywood horror films, fans can look forward seeing a muscled and lean-looking Sharni this season.

The former Home and Away star says her time as a castaway will show viewers Sharni ‘the person’.

The former Richmond Tigers star lasted 32-days as a castaway in his last appearance Australian Survivor: Champions vs. Contenders.

This time around Shaun, who is married to supermodel Megan Gale, says he’s happy to be a Hero – but he won’t act like one. 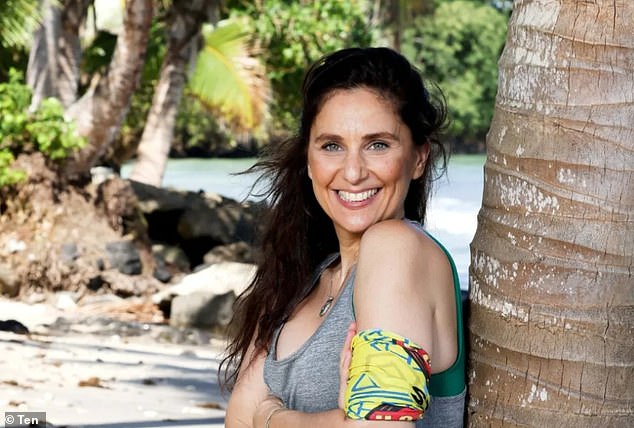 Veteran reporter and Real Housewives of Melbourne ‘villain’, Anjali is a fresh castaway and says she’s terrified of putting on body on the line.

She says she wasn’t born a Villain, but can’t think of anything more dull than being a Hero.

New islander Fraser works in high-end residential real estate in Melbourne and likes to run marathons in his downtime.

He says he’ll play the game with out ‘what ever it takes to win’.

A runner-up on Australian Survivor: Brains vs. Brawn, George was known to frustrate fans for his habit of giving up on challenges.

But this time time the political operative from Bankstown in Sydney says he’s coming back to the jungle as a ‘pure Villain’. 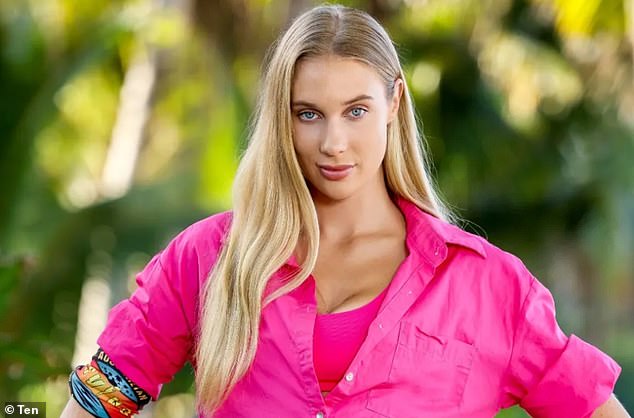 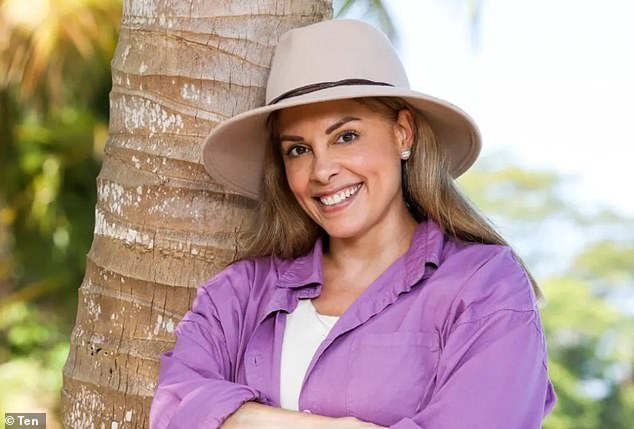 After being ousted from Australian Survivor: Champions vs. Contenders, Jackie returns as a Villain this season.

The competitive poker champ says she’ll be using her mental skills to win the game.

Jordie became a fan favourite during Australian Survivor: Blood vs. Water, and is known for his big grin, coming away from the series with the nickname, ‘the Joker’.

This time out he’s says willing to play the Villain, because they are always more fun than Heroes.

New castaway Liz is used to tough competition after representing Australia in pole vaulting at the Barcelona Olympics.

Describing her personality as ‘larger than life’, Liz, who now works in marketing, says Survivor is ultimate test for any competitor. 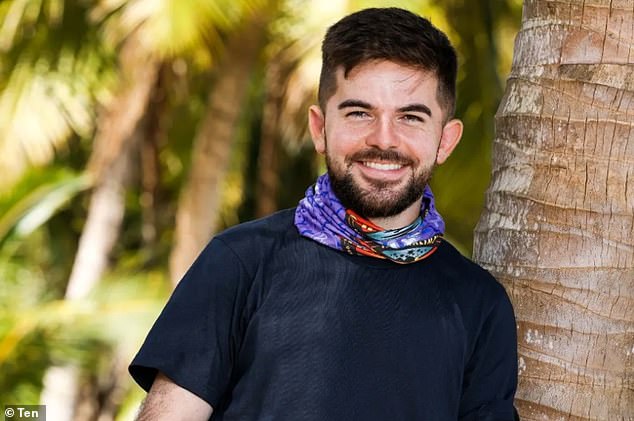 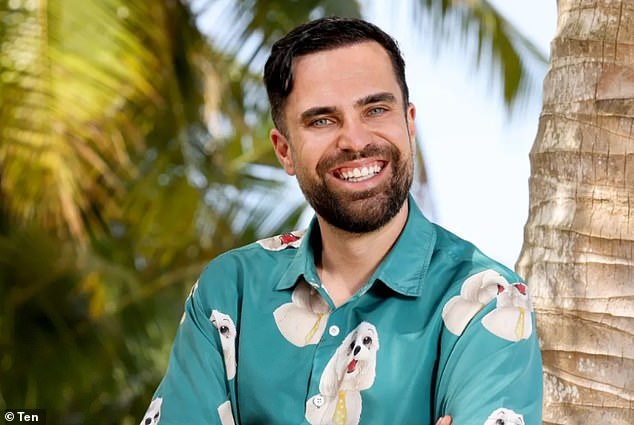 He says that Villains are read to get their hands dirty and ‘lie, cheat, and steal’ to win the game.

PR veteran Mimi has been an amateur boxer fighting bouts since she was 19.

As a villain, she thinks there are no limits to winning the challenges and no expectations.

‘I come across as that ditzy blonde,’ she says in a trailer for the show, ‘but you should always fear a beauty queen.’ 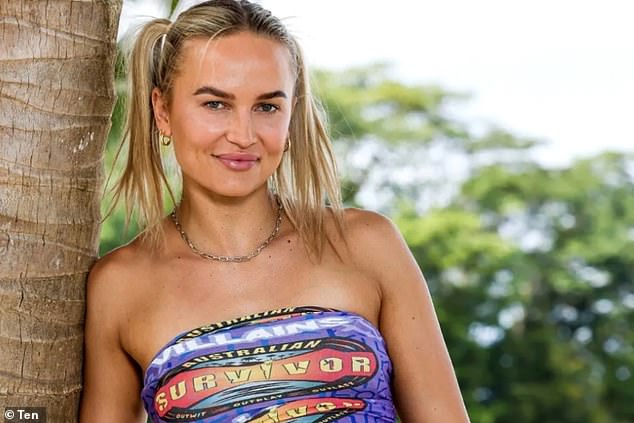 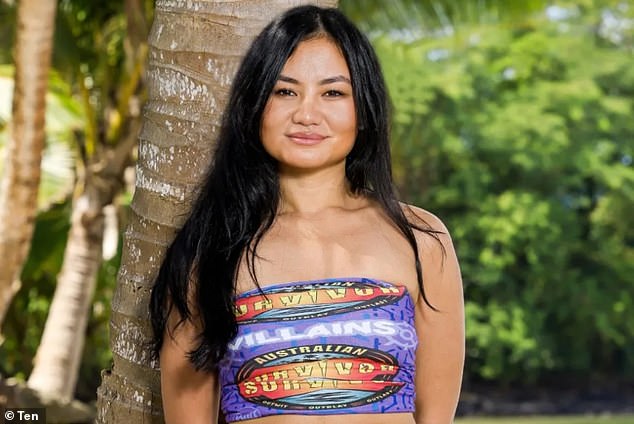 Known as the only castaway to ever play the game three times, Shonee has survived for a total 89-days across her two earlier seasons.

Describing the Heroes tribe as a ‘snoozefest’, she describes the Villains as ‘her people’.

Returning to the jungle after getting booted off Australian Survivor: Brains vs. Brawn, Simon says Villains ‘thrive on chaos’.

After playing the game as a Hero last time, Simon says this season he’s ready to ‘unleash his full potential’.

One time food delivery driver and now independent politician Stevie, who also volunteers as a firefighter, has completed a Master in Environmental Law since he appears on Australian Survivor: Champions v Contenders.

Stevie says fans can look forward to him playing the game as a ‘master Villain’. 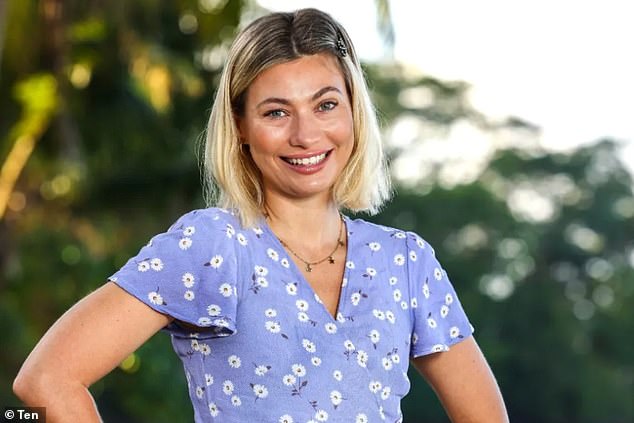 Want to buy or invest in cryptocurrencies? Here are the 4 important advantages

Cryptocurrencies have all the potential to revolutionize the world of finance and question the very existence of traditional financial infrastructures.
Read more

The best board games to give in 2021: Gloomhaven, Arkham Horror, Dune and more

Political leaders in Brazil have dashed hopes for a sweeping tax reform, agreeing instead to rework the country’s byzantine fiscal regime through a...
Read more

A query sent to OneWeb regarding the licence application and launch of services remain unanswered till the time of going to the press.Even...
Read more

The Benefits of Filing for Disability in California

The state of California has a number of programs in place that are designed to aid those who might struggle with the modern cost...
Read more
Business

What are the Sexual Treatments Offered by the best andrologist in Delhi?

What are sexual dysfunction treatments and how andrologist in Delhi- Dr. Chirag Bhandari treats them with proper care and attention.
Read more
Business

How Do You Create A Crypto Currency Blog That Will Drive Your Business Growth?

Many people are interested in crypto currencies. They also make up a significant part of mainstream media. There are many forums, blogs, and social...
Read more