Heavily pregnant Martha Kalifatidis has opened up about the brutal reality of being pregnant while suffering from hyperemesis gravidarum – a form of morning sickness.

The Married At First Sight star, 34, shared a photo to Instagram Stories of her posing in the bathroom in a white bralette while showcasing her growing baby bump.

She captioned the snap with some reflective words: ‘Bathroom is nearly done! So am I.’ 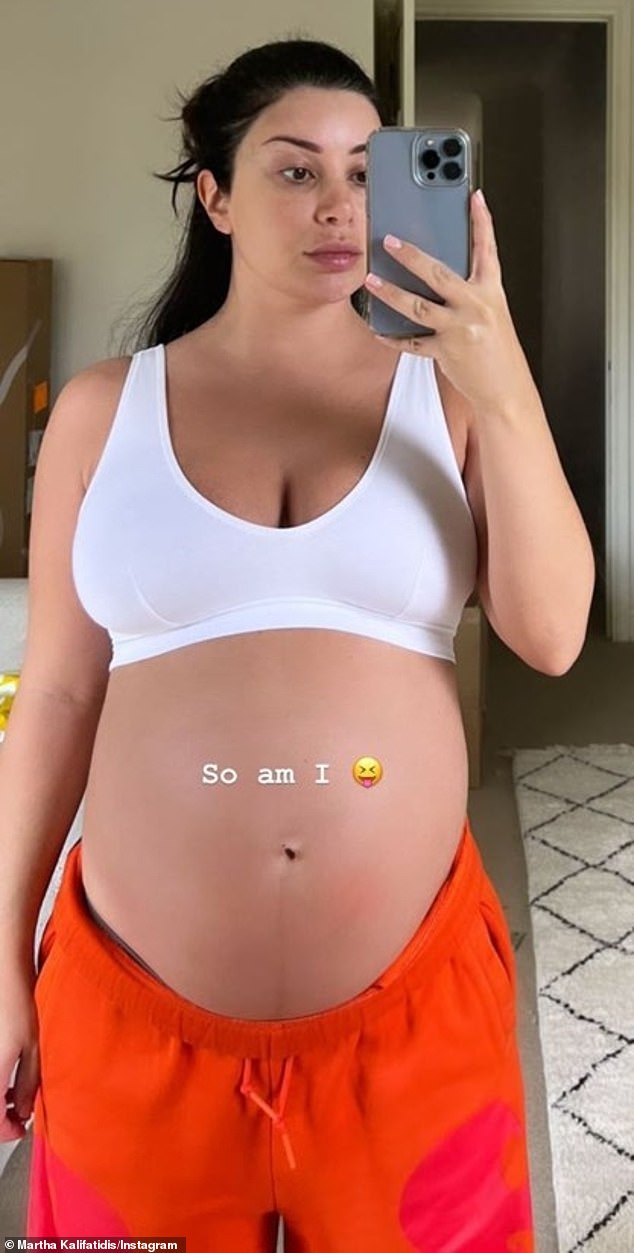 Martha also shared a gallery of snaps capturing some of the pregnancy-related challenges she and her fiancé Michael Brunelli have encountered this year.

One showed Martha in hospital while her fiancé Michael used his phone in the background.

Another captured Michael putting a hot water bottle over Martha’s stomach, while an additional snap showed her looking pained with a towel over her face. 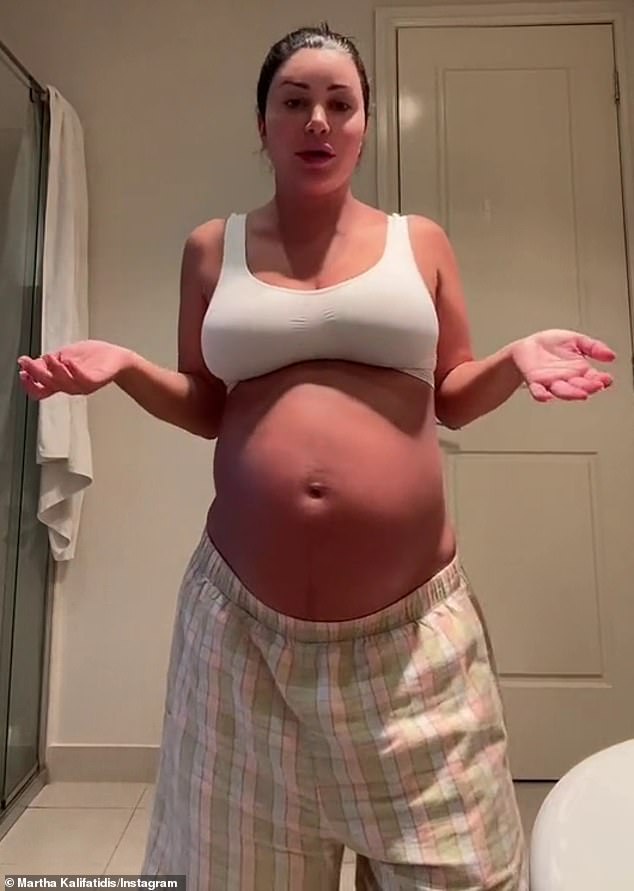 The Married At First Sight star, 34, shared a photo to Instagram Stories showing her in the bathroom in a white bralette showcasing her growing baby bump

Many of Martha’s fans were quick to sympathise with her struggle, with one telling her to ‘hang in there’ and another writing ‘it will be worth it’ once her baby is born.

Martha recently revealed her February due date had been pushed to March 6.

‘Every hour feels like a day⁣ I have work commitments looming over my head and⁣ can’t help but feel like I’ve completely neglected⁣ everything I worked so hard to build,’ she continued. ‘I feel like I’m at breaking point.⁣⁣’ 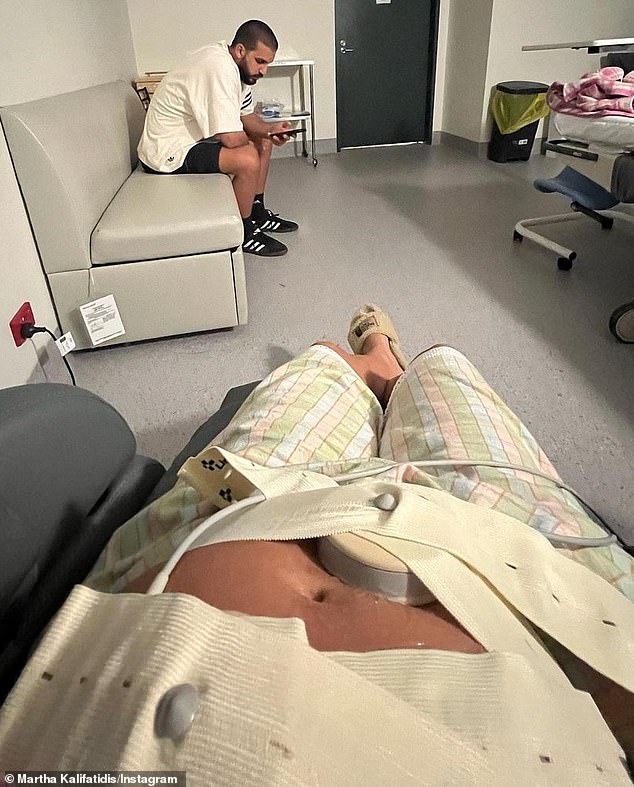 She went on to say she spent four days on the couch thinking she might have had Covid as she struggled with energy and a sore throat.

‘I forced myself to get up and go get food just for⁣⁣ some momentum,⁣ but I couldn’t even get myself out of⁣ the car once we arrived,’ she said.

Michael and Martha revealed they were expecting their first child together in 2022 and it hasn’t been smooth sailing. 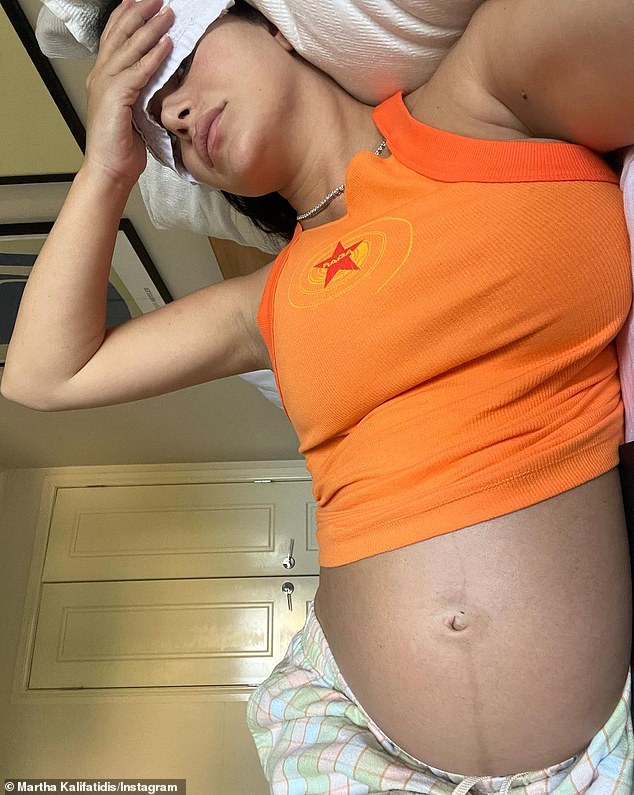 Martha told The Daily Telegraph in September she had been diagnosed with hyperemesis gravidarum, and her symptoms had manifested in numerous painful ways.

‘It’s like you’ve got gastro, you’re hungover and you’re on a boat. This is anything but fun,’ she said of the condition. 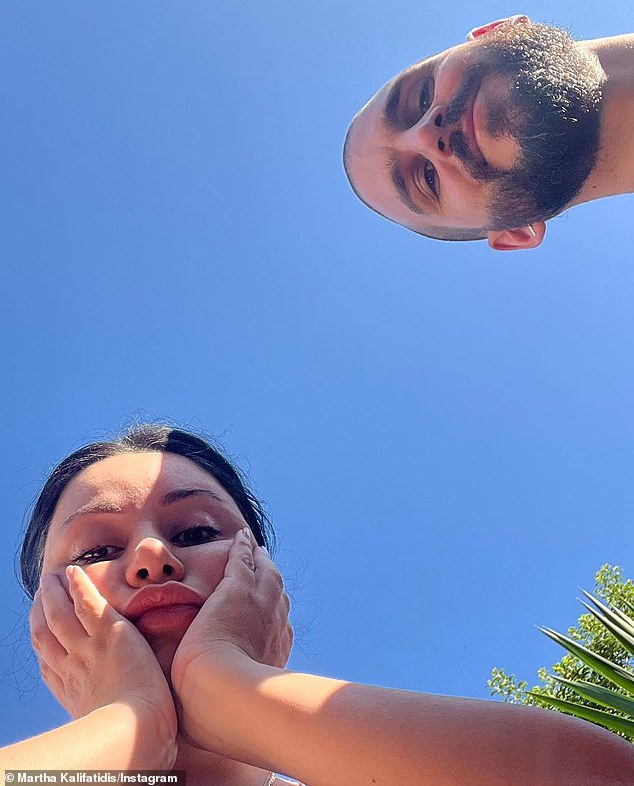 Should front tyre pressure be higher than the rear?

Today we will look at the widely debated question: "should front tyres be higher than rear?"
Read more

Pedro Pascal had plenty to smile about on Friday as he stepped out in Los Angeles after learning his hit HBO series The...
Read more

ADVANTAGES OF FOREX CARDS AND THEIR BENEFITS FOR TRAVELERS

Are you a person who travels abroad frequently? Planning your trip well in advance can make things a lot easier. People spend significant time finding the best hotels, airline tickets and building the best possible itinerary for their trip.
Read more
Business

A Guide To Understanding Cross-Sell And Upsell

After a customer makes a purchase, their revenue potential does not end. In addition to your initial sales, cross-selling and upselling offer a wealth...
Read more
Business