Embarrassing moment Margot Robbie SNUBS red carpet pest at the Babylon premiere in Sydney: ‘He made a beeline for her and she walked away’

Margot Robbie had an impromptu reunion with her old school friends at the Sydney premiere of her new movie Babylon on Monday.

But there was unfortunately one guest on the red carpet whose presence was not welcome: notorious celebrity chaser Nasser Sultan.

The former Married At First Sight star, 55, was caught on camera trying – and failing miserably – to get the 32-year-old Oscar nominee’s attention. 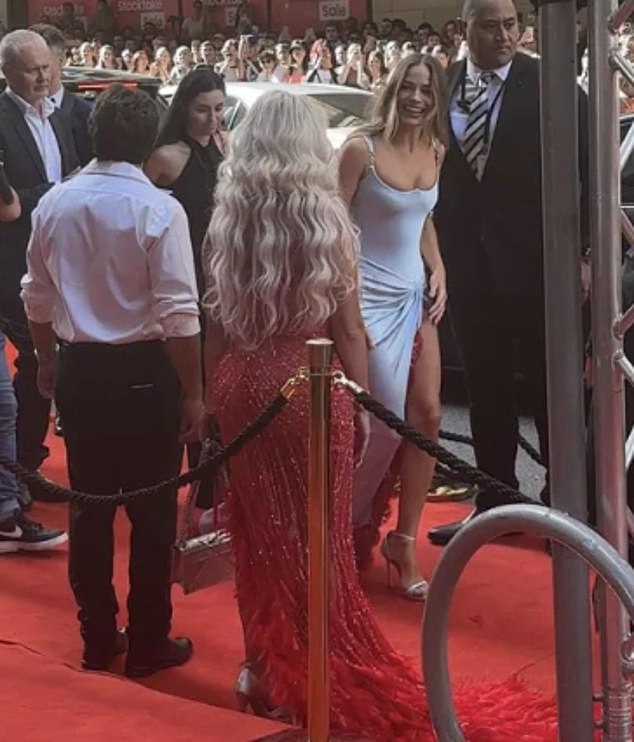 This is the embarrassing moment Hollywood actress Margot Robbie snubbed red carpet pest Nasser Sultan (left, in the white shirt) at the premiere of Babylon in Sydney on Monday

Footage obtained by Yahoo Lifestyle shows the former music promoter standing at the edge of the red carpet attempting to speak to Margot.

He approaches the Wolf of Wall Street star with a huge smile only to be left red-faced moments later when she walks past without even acknowledging him.

An onlooker said: ‘He made a beeline for her and stopped and said hello. He then looked confused as she kept walking towards fans with her bodyguards.’

The source added that Margot was focused on chatting to fans and posing for selfies with the people who had patiently lined up for hours to meet her.

Her encounter with Nasser aside, Margot was all smiles at the premiere and even waved to an old school friend who yelled out her embarrassing childhood nickname.

While she was speaking to entertainment reporter Justin Hill, one of her pals standing behind her yelled out, ‘Hey, maggot!’

‘Maggot’ was Margot’s nickname during school. 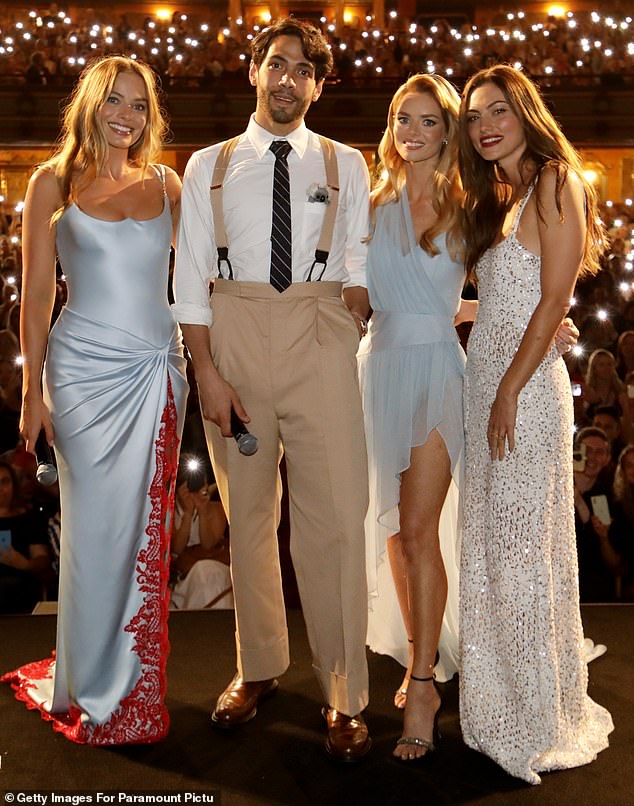 Margot is pictured at the Babylon premiere with her co-stars (left to right) Diego Calva, Samara Weaving and Phoebe Tonkin

It appears to be a play on her first name, but also could be a reference to the fact she is a fan of the band Slipknot, whose fans are known as ‘maggots’.

Margot took the dig in her stride, turning to enthusiastically wave at her mates.

‘I saw my school friends. We have been friends since we were four years old,’ she told Justin, who later said on TikTok the moment was ‘lovely to see’. 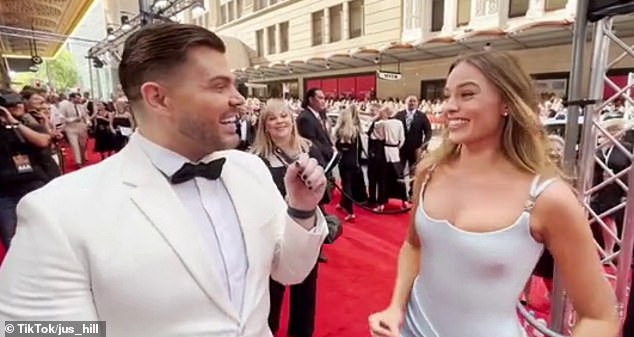 While she was speaking to Justin, Margot’s pal yelled out from behind her, ‘Hey, maggot!’

McDonald’s to hire 20,000 staff as part of UK and Ireland expansion

McDonald’s is set to hire 20,000 staff in the UK and Ireland as part of a wider investment push, despite the damage to...
Read more

Home Improvement was a great time for 2022. According to Casing Data Establishment CoreLogic's Homeowner Equity Receptivity report. The average homeowner with a mortgage...
Read more

In (Dead) Space, nobody can hear you scream: PETER HOSKIN reviews Dead Space and GoldenEye 007

Dead Space (PlayStation, Xbox, PC, £69.99)Verdict: Brutally beautifulRating: **** Don't make me review this game. Honestly, I don’t get on with horror. And I...
Read more

Michelle Williams takes a walk in New York with son Hart, two, after Oscar nod for The Fabelmans

The Best Personal loan Companies In 2022

Personal loans are used in many ways like they can be used in vacations, weddings project, and home improvements. Sometimes these loans are used...
Read more

The 3 Core Aspects Of IT Infrastructure Management

Sound IT infrastructure management is essential in any business that makes use of networked computers. In fact, it’s important for pretty much any company...
Read more
Business

Website Development companies are making a lot of money by enabling customers to buy their goods and services online via their websites.
Read more
Real Estate

Cambodia offers tempting business opportunities to investors, but the state has applied strict laws for foreign investment, preventing foreigners from owning their lands in...
Read more