Madonna‘s daughter, Lourdes Leon, left little to the imagination for her 452,000 Instagram fans and followers in her latest post.

In the early morning hours of Saturday, the 26-year-old posted a couple of photos of herself striking some poses in a revealing black shredded dress alongside singer Eartheater.

The unique frock, which was cut side-to-side from top to bottom, barely covered much of her figure, leaving her womanly curves and matching black underwear nearly on full display. 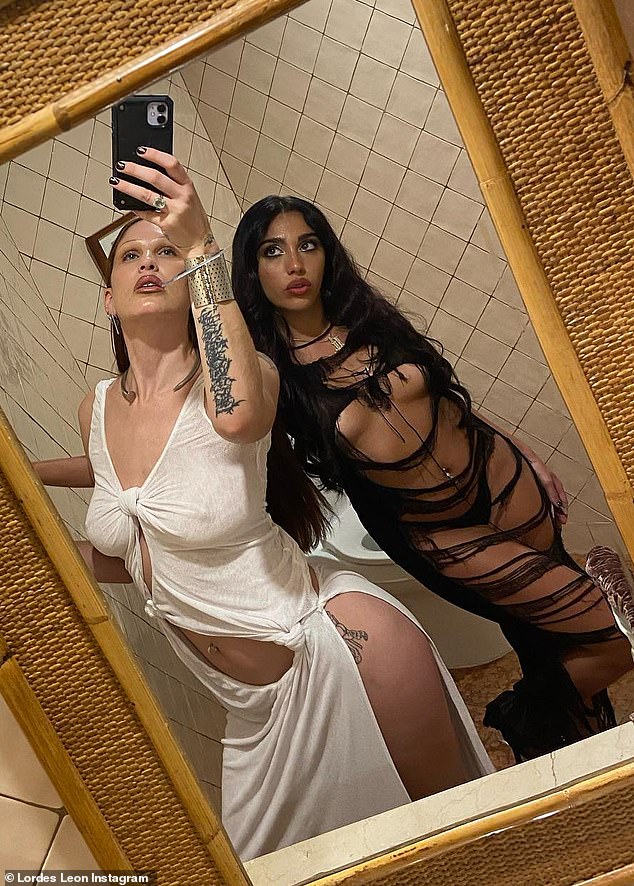 Risqué: Lourdes Leon, 26, left little to the imagination when she struck a couple of poses in a black shredded dress, leaving most of her figure on display, alongside musician Eartheater

And from the sounds of her caption, it appears the two ladies are on a tropical getaway to Grand Cayman B.W.I., which is the largest of the three Cayman Islands in the Carribbean, and the location of the territory’s capital, George Town.

‘I [love] @palmheightsgc,’ she simply wrote, which included a link to the Palm Heights Hotel Resorts.

One of the selfie snaps shows the two gal pals standing in front of a mirror, looking up at the camera, while putting her their figures on display. 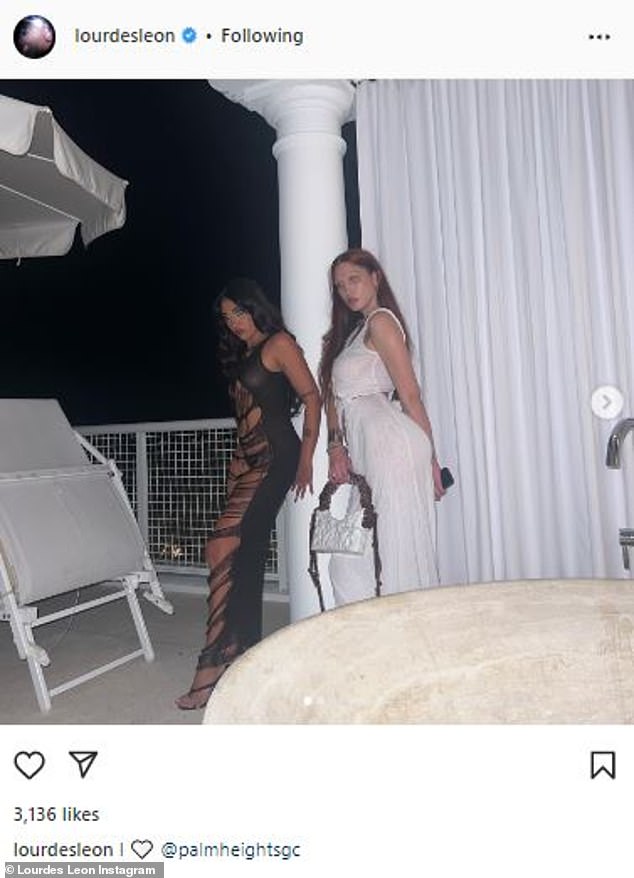 Tropical getaway: And from the sounds of her caption, it appears the two ladies are on a tropical getaway to Grand Cayman B.W.I., which is the largest of the three Cayman Islands

The shredded number shows nearly all of her legs, hips, midriff, and about half of her cleavage from a frontal view.

The design of the dress also helped highlight the silver ring that she has in her belly button.

Rounding out her overall look, the Savage/Fenty model also wore black heels, and had her raven tresses styled long and flowing over well past her shoulders with a part in the middle.

The cover photo for the Instagram post shows her seemingly on an outdoor patio with Eartheater standing just to left in a white full-length dress. 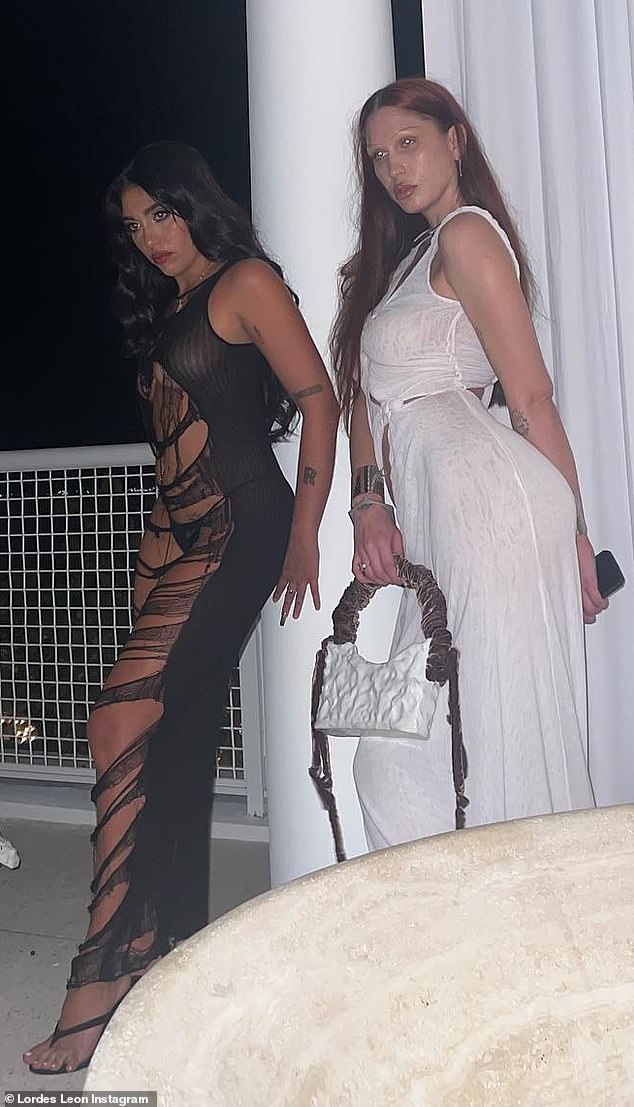 Shredded: While Leon’s dress showcased most of her figure in the front, a closer look at the cover photo reveals that the black fabric does cover most of her backside

The New York-based multi-instrumentalist also opted to give more than a few hints of her figure with openings right under her chest and much of her stomach.

Finishing her look for the evening, she had her fire-red locks falling down past her cleavage and nearly to the bottom of her back with a center part.

Leon has shared a number of images of the two friends out and about on her social media platforms over the last few years.

She’s even appeared in her music videos, which includes Joyride, Eartheater’s collaboration with New York City producer Tony Seltzer, according to Paper Mag. 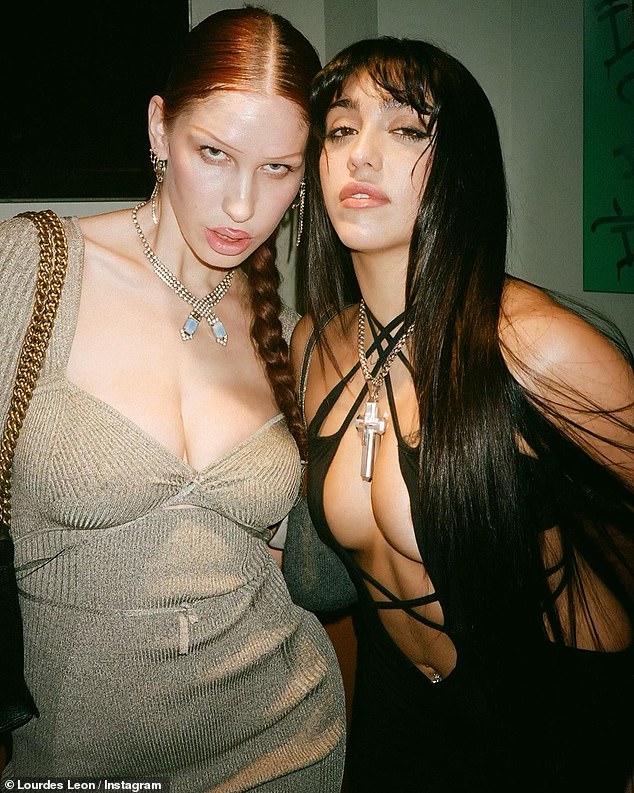 Gal pals: Leon has shared images of the two friends out and about on her social media platforms over the last few years; they are pictured from a post on October 18, 2022

Meme-based coins have been the talk of the town in the cryptocurrency world for the past couple of weeks. In early October, Tesla...
Read more

Taylor Swift stole her ex-boyfriend John Mayer's thunder this morning as she teased the released of her highly-anticipated music video for her track, Lavender...
Read more

Are looking for a budget-friendly option to buy metal trays wholesale? You can access the official site for this purpose. The suppliers have introduced...
Read more
Business

Coolest cordyceps militaris benefits valuable There are various assortments of Cordyceps mushrooms all through the world. Two species, It militaris and Cordyceps Sinensis have...
Read more
Business

What Is Adobe Creative Cloud?

Have you ever asked yourself the question: what is adobe creative cloud? Read on to learn everything that you need to know on the...
Read more