Jordie Hansen says he was torn over the decision to return...
Read more

The Madonna biopic starring Julia Garner has been shelved indefinitely as the Queen Of Pop prepares to go on a world tour.

Madonna, 64, was planning to direct the motion picture herself for Universal Pictures, but Variety reports the film is not in development any longer.

News that the biopic is off comes a week after the ‘Queen Of Pop’ announced a massive world tour, casting doubt on the future of the movie. 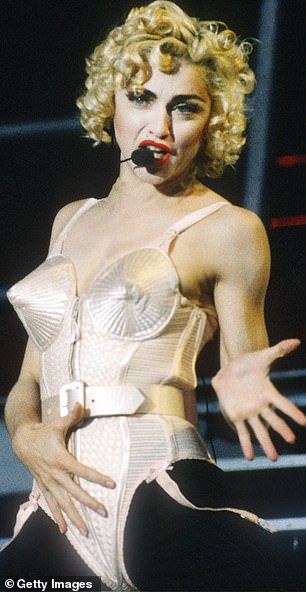 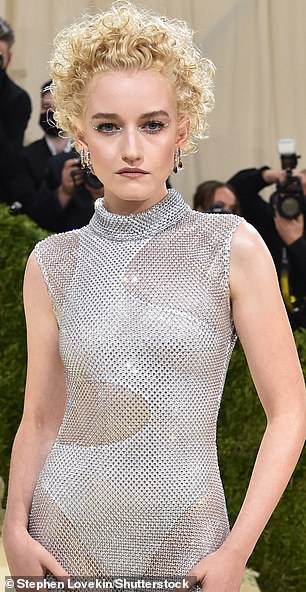 Off: The upcoming Madonna (left) biopic starring Julia Garner (right) has been indefinitely shelved as the Queen Of Pop prepares to go on a world tour

Madonna spent years percolating the movie, which was first announced in 2020 and has blown through multiple screenwriters.

Diablo Cody, who won an Academy Award for scripting Juno, and Erin Cressida Wilson, who wrote the film Secretary, both took passes at Madonna’s screenplay.

‘I have a very long script that is really hard for me to make shorter,’ Madonna said last summer. ‘I’ve been whittling away at it, but it’s like hacking off my limbs.’

The Material Girl added: ‘It was also a preemptive strike because a lot of people were trying to make movies about me. Mostly misogynistic men. So I put my foot in the door and said: “No one’s going to tell my story, but me.”‘

News broke in June that Julia Garner, who recently played the fake German heiress Anna Delvey on the Netflix miniseries Inventing Anna, had been offered the lead.

Julia reportedly beat out out a string of buzzy names including Oscar nominee Florence Pugh, Mayor Of Kingstown actress Emma Laird and Euphoria bombshell Alexa Demie, as well as singers like Bebe Rexha and Sky Ferreira.

The top contenders were said to have gone through a ‘Madonna Bootcamp’ including dance training that could allegedly run up to 11 hours a day.

A source told The Hollywood Reporter that the process, which involved lessons with both Madonna’s choreographer and the pop diva herself, was ‘grueling.’

Actresses on the shortlist also performed readings and singing auditions for Madonna, as, in the words of one insider: ‘You have to be able to do everything.’

It emerged in early June that Julia had been offered the role, and reports swirled that the project’s working title was Little Sparrow.

However the movie fell under a cloud of uncertainty last week when Madonna revealed that she was putting together a world tour.

Entitled Celebration, the concert dates will run from June through December and whisk the superstar through 35 cities across North America and Europe.

The demand for tickets rapidly became a feeding frenzy, to the point the Like A Prayer hitmaker was forced to add dates to accommodate her ravenous fans.

Madonna, sporting an astonishingly smooth complexion, posted an emotional Instagram video Sunday thanking her public for lapping up the tickets.

‘I don’t take any of this for granted,’ she said. ‘I feel like the luckiest girl in the world and I’m so grateful for all of your support.’

A few years ago Universal picked up a script for a Madonna biopic called Blonde Ambition by a writer called Elyse Hollander.

Madonna, however, took furious exception to the project, issuing multiple scathing denunciations of it on social media.

She raged that ‘only I can tell my story. Anyone else who tries is a charlatan and a fool looking for instant gratification without doing the work.’

(This story originally appeared in on Jul 12, 2021)Has India ushered in the third wave of Covid-19? According to a top city...
Read more

John Hinckley Jr shot Ronald Reagan the 40th president of the United States with a.22 long rifle on the streets of Washington in...
Read more

A health worker takes a swab sample of a passenger for coronavirus tests at the CSMT railway station in Mumbai. (File Photo: PTI)Coronavirus...
Read more

Best gifts for cyclists that gearheads will actually use

Leadership and management training online helps us to avoid stereotyping which is pivotal to being successful at achieving real progress on the diversity and...
Read more
Business

5 Restaurant Promotion Ideas That Will Drive Traffic to Your Business

Restaurants can promote their businesses in a variety of ways. From TV advertising, outdoor signage, and newspaper ads to social media and word-of-mouth recommendations,
Read more
Business

How To Start A Supplement Business?

A sector of the economy devoted to nutritional supplements. It's been likened to the Wild West since it's teeming with products promising "sick pumps,"...
Read more