By Ellie Phillips For Mailonline

Monday night was the debut episode of the brand new series hosted by Maya Jama.

And, Love Island fans have claimed that the new presenter, 28, has already been in the villa more times than former host Laura Whitmore, 37, was during an entire series.

As well as chatting to the new islanders and overseeing the first coupling of the season, Maya then returned at the end of the opening episode to welcome in a bombshell. 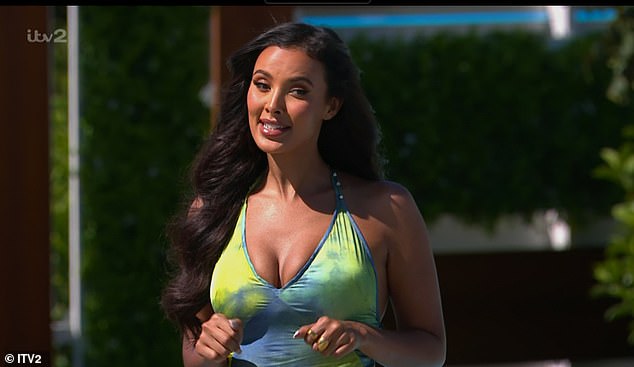 Oop! Love Island fans have claimed that Maya Jama, 28, has already been in the villa more times than former host Laura Whitmore , 37, was during an entire series

Taking to Twitter, viewers noted the extra screen time, with one tweeting: ‘Maya Jama’s already had more airtime than Laura Whitmore did for a whole series of #LoveIsland.’

Someone else wrote: ‘I swear Maya Jama has already spent more time in the Villa than Laura Whitmore did for the whole of last season #loveisland.’

‘We’ve seen more of Maya Jama in one episode than we did of Laura whitmore in a whole series #LoveIsland,’ asserted a third viewer.

Another fan of the show tweeted: ‘Ive seen Maya Jama in this villa more then i saw Laura Whitmore the whole of last year #loveisland.’ 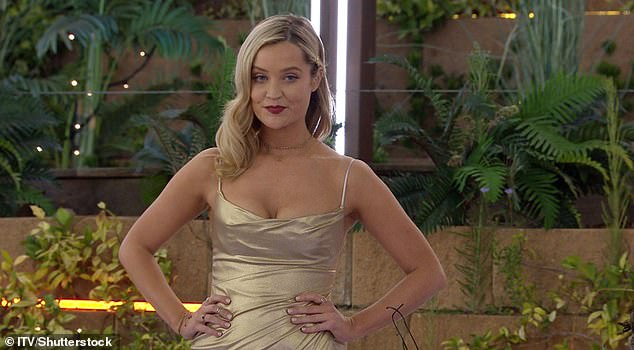 (pictured in the Love Island villa in February 2020) 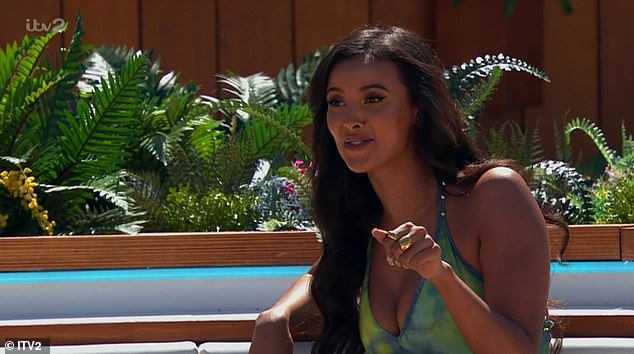 In July 2022, it was reported that former host Laura appeared in just 14 minutes of Love Island by half way into the summer series despite earning a rumoured £600,000 to host the show.

A total of 1,610 minutes of footage – almost 27 hours – of villa action was broadcast last year at the halfway point, according to The Sun.

The presenter had appeared on 13 minutes and 26 seconds of the main show up until that point, meaning she was paid the equivalent of £744 a second.

At the time, a Love Island spokesperson said: ‘As regular viewers of Love Island will know, the host has never appeared in every episode of the series. As always, Laura’s next arrival will be a surprise to the Islanders and viewers alike.’

In addition to the main show, Laura hosted Love Island Aftersun on ITV2 every Sunday, a role which Maya Jama will now also take on. 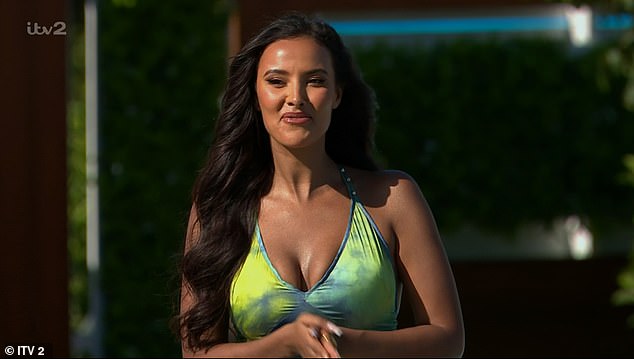 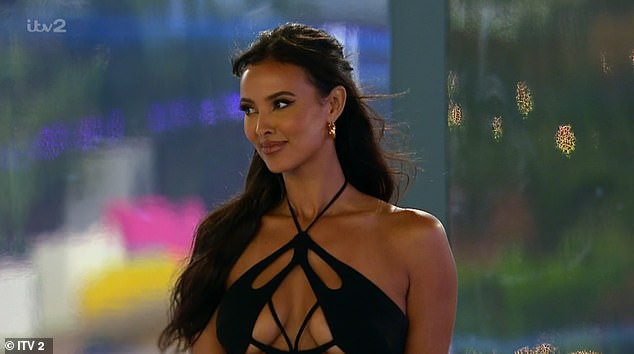 In September 2022, former Love Island host Laura hit back at criticism over her short ’10-minute’ stints of air time on the show – a month after quitting the lucrative gig.

The TV presenter spoke out about her ‘frustration’, fuming: ‘Do you have any idea how many hours that takes to film’ – in reference to her brief pre-recorded appearances.

Speaking to the Independent, she said: ‘I just felt like there was only so much that you can do in a show like that.

‘And also the frustration, I guess, when someone’s like, ‘Oh, you do 10 minutes on a show’ and I’m like, ‘Do you have any idea how many hours that takes (to film)?!’

‘I think now with twice a year, it kind of will take up your whole life. Your whole life to watch it. Can you imagine working on it!’

She also opened up about the criticism she has received on the show, saying: ‘The more successful you are, you get it more’.

Something not many people know about her: ‘I’m a very emotional person. It can be a blessing and a curse.’

Something not many people know about her: ‘I’ve never found love. I think this is the show that can help me.’

How Do You Land A Trusted Acute Care Facility

Getting in touch with a doctor is the first thing you should do if you are in need of acute care. For anyone who...
Read more

The Israeli military unleashed a wave of heavy airstrikes on the Gaza Strip early Monday, saying it destroyed 15 kilometers (9 miles) of...
Read more

WTF is The Fediverse? | Hacker Noon

Instead of using centralized and advertising-algorithm driven social media services that not only consume your private details, but also has affected the outcome...
Read more

The Best Ways To Improve The Value Of Your Home

Your home is almost certainly the most valuable asset that you own. When it comes to selling your home, you will likely want to...
Read more

Adam Levine and Behati Prinsloo went through a rough patch last year when he was accused of inappropriate texts to another woman.But these days...
Read more

There are various products that the brands can display at the shops. Custom display boxes will get the attention of the customers.
Read more
Business