By Jason Chester for MailOnline

Lizzo and David Guetta will perform at the the forthcoming BRIT Awards when they take place at London’s O2 Arena on February 11.

The pair have been confirmed as last minute additions, with Cat Burns, Wet Leg, Harry Styles, Sam Smith and Kim Petras already been announced for the show, which will broadcast live on ITV1 and ITVX.

US megastar Lizzo, 34 – nominated for International Artist of the Year and International Song of the Year for About Damn Time -will perform at the annual event for the second time following her divisive appearance onstage at the BRITs in 2020. 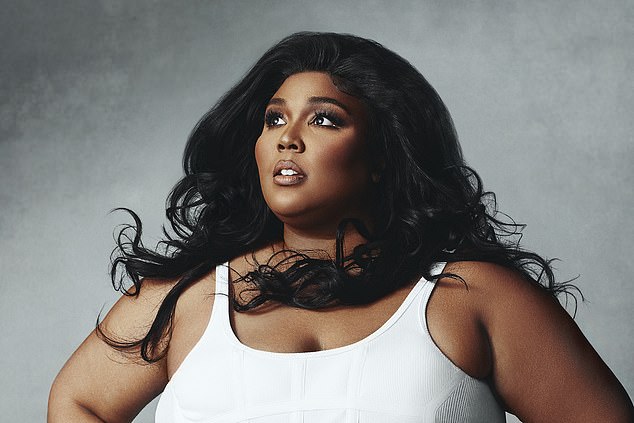 New addition: Lizzo will perform at the the forthcoming BRIT Awards when they take place at London’s O2 Arena on February 11

French DJ Guetta, 55, will be joined by singers Ella Henderson and Becky Hill – both first time performers at the ceremony – after receiving an International Song Of The Year nomination for I’m Good (Blue), his collaboration with Bebe Rexa.

Commenting on the nomination, he said: ‘It’s a great honour to be nominated for the BRIT Award, as I have always felt a strong connection to British music and culture and had amazing experiences here.

‘I’m Good is my seventh number one record in the UK, so thank you! The UK dance scene is full of incredible artists, so to be recognised once again means a lot to me. This collaboration with Bebe is the gift that keeps on giving, and we are both so grateful to be nominated!’

Becky Hill – another nominee for best Dance Act –  said: ‘My first BRITs performance!!! This is what dreams are made of and I’m so excited to be performing alongside David Guetta who handed me my Best Dance Act BRIT last year.

‘This is a real moment for me & with another BRIT nom this year is an incredible way to start 2023.’

Ella Henderson said: ‘Am beyond excited to be performing at The BRITs 2023! Growing up, I remember watching the BRITs live performances from so many iconic artists that I idolised and I always dreamt of one day being up on that stage.

‘So to be a part of this year’s lineup alongside some incredible artists is an absolute honour! I can’t wait – what an amazing way to kick off this year!’

The former One Direction singer is joint place with Wet Leg for the most nominations at the upcoming ceremony, with four apiece.

Styles is up for the coveted Artist of the Year prize, alongside Central Cee, George Ezra, Stormzy and Fred Again, and is also shortlisted for Mastercard Album of the Year, Song of the Year and Pop/R&B Act.

Indie stars Wet Leg received nods for Mastercard Album of the Year, Group of the Year, Best New Artist and Alternative/Rock Act, while Sam and Kim are set to perform their mega-hit Unholy.

The awards will be hosted by Mo Gilligan for the second year running.

Mastercard Album Of The Year

The 1975 – Being Funny In A Foreign Language

Stormzy – This Is What I Mean

Artist Of The Year

Group Of The Year

Song Of The Year With Mastercard

Eliza Rose And Interplanetary Criminal – Baddest Of Them All

Harry Styles – As It Was

International Artist Of The Year

International Group Of The Year

International Song Of The Year

Calum Scott And Lost Frequencies – Where Are You Npow

One Republic – I Ain’t Worried

Creating a strong value proposition for customers is the first step to success for a brandBy Gaurav MalhotraA company that stands out, disrupts...
Read more

After RSS leader Dattatreya Hosabale’s meetings, national party leaders to head to UP

Proven ways to speed up your hiring process

Let's face it; there's hardly a day that goes by that you don't wish you could speed up the hiring process. So, if you...
Read more

People are imaginative and creative beings. Packaging is a critical requirement that cuts across various industries globally. If you make the wrong choices, your product packaging can spell disaster for your brand.
Read more
Business

Attracting new clients to your company can be a challenge. There are multiple options that you can consider, yet knowing which will work can...
Read more
Finance

The Main Purpose of an Emergency Fund

An emergency fund is used to cover unexpected, urgent expenses. The key is only to use the money in an emergency, which means expenses...
Read more