Camila Morrone gifted her fans a new selfie she uploaded onto her Instagram Story on Monday as she showcased an elegant Chanel dress.

The model and actress, 25, who previously dated Hollywood icon Leonardo DiCaprio until their split last year in August, opted not to add any caption to the fashionable snap.

The Death Wish star modeled the semi-sheer gown ahead of the fashion house’s anticipated runway show, which is scheduled for January 24 amid Paris Haute Couture Fashion Week. 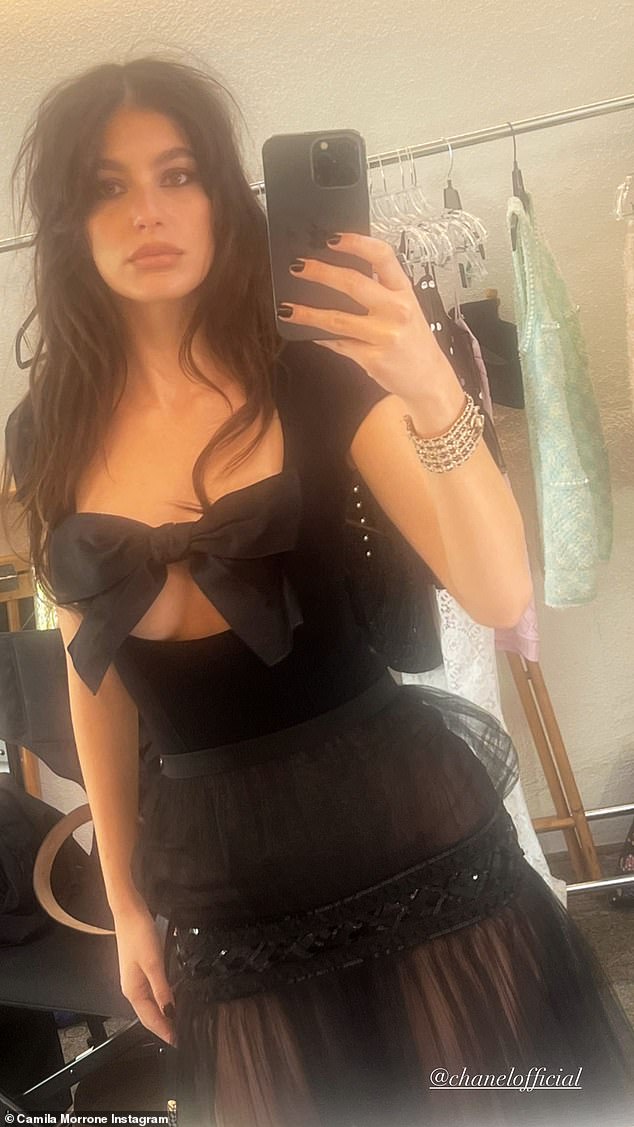 Elegant: Camila Morrone, 25, showcased a stunning black Chanel ensemble in a snap shared to her Instagram Story on Monday

The star gave a glimpse of a black dress featuring a corset-style top piece that contained a small cutout just below her bust, with a classy black bow placed on the low neckline.

The gown, which included capped sleeves, also had a flowing, layered sheer skirt with a strip of sparkling embroidered fabric for a stylish touch.

Camila accessorized the luxurious ensemble with a thick gold bracelet for an added pop of color to the black dress.

Her dark brunette locks were parted in the middle and effortlessly flowed down past her shoulders in light, messy waves.

Instead of penning a caption to her 3.7 million followers, the beauty simply tagged the French brand at the bottom right corner of the photo. 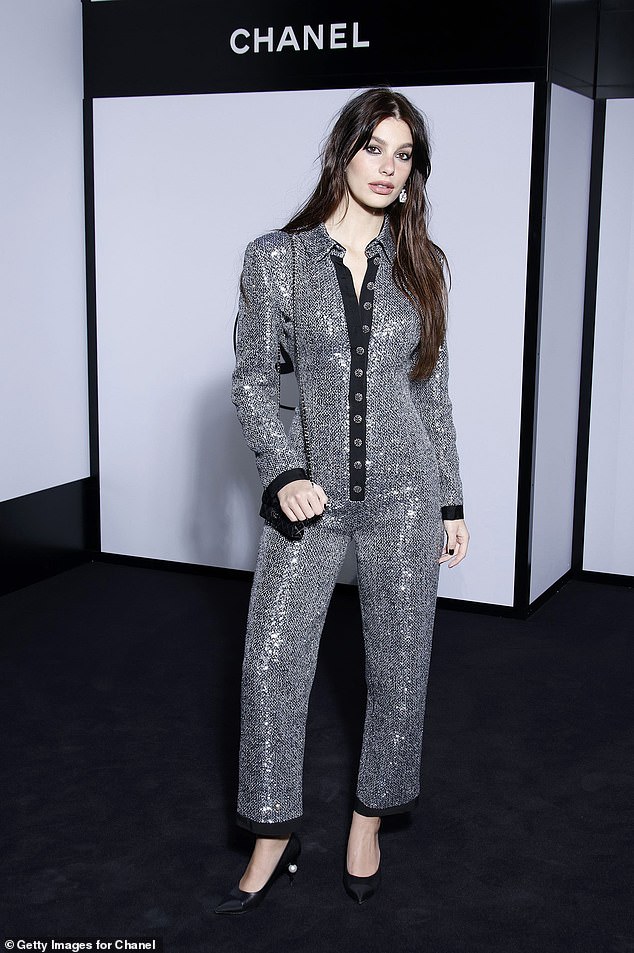 Fan of the brand: The Death Wish actress has sported clothing from Chanel in the past, including attending special events for the French brand; seen in December 2022 in Paris

Camila is a big fan of Chanel, and has not only collaborated with the fashion house in the past, but has been spotted attending special events for the brand.

In December, the catwalk star made an appearance at the Chanel Fragrance Show that took place in Paris.

She confidently sported a silver sparkling sequin jumpsuit that featured black lining on both the arm and leg cuffs, along with glittering buttons running down the center.

The model added a mini Chanel handbag that was slung over her right shoulder, and she slipped into a pair of classic black pumps.

When talking about the brand during a recent interview with W Magazine, Camila said, ‘I’ve worked with them in America and done some really incredible trips with them, but it’s just a different experience being in France, the home of Chanel.’ 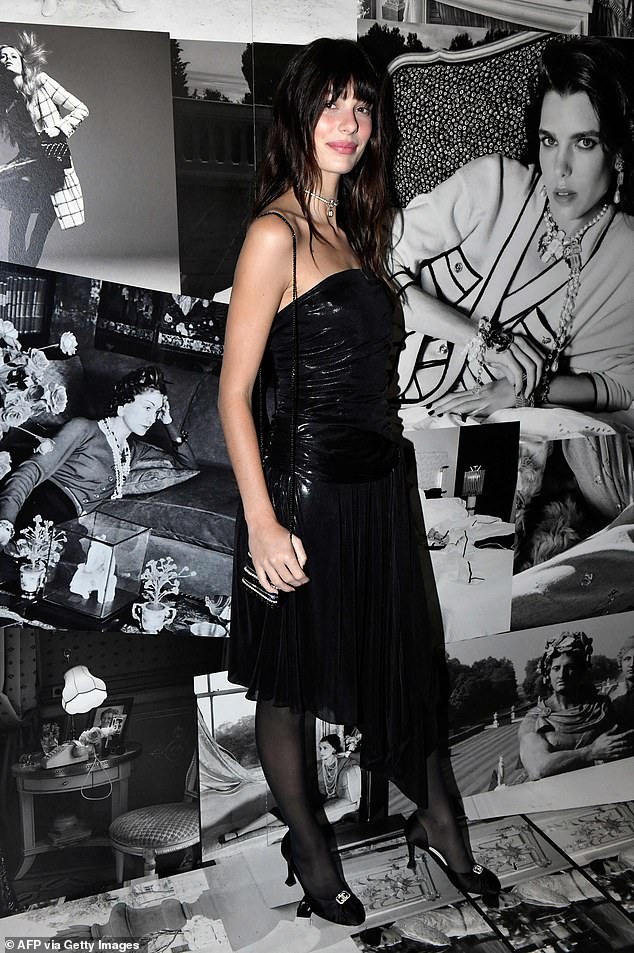 ‘Incredible’: When talking about the brand to W Magazine, Camila expressed, ‘I’ve worked with them in America and done some really incredible trips with them, but it’s just a different experience being in France, the home of Chanel’; seen in October 2022 in Paris 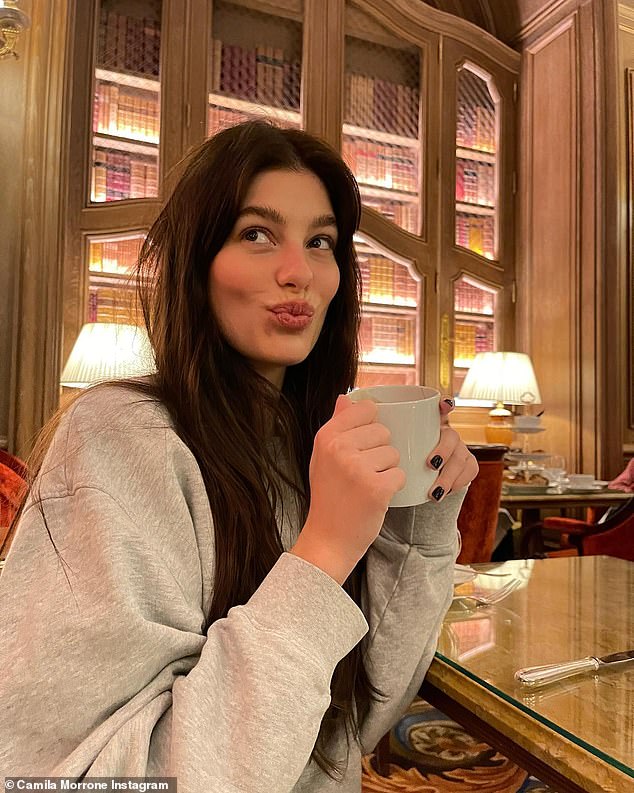 In the past: The model and actress previously dated Hollywood actor, Leonardo DiCaprio, for a total of four years until their split last year in 2022

She also revealed that she had the chance to visit the atelier last year, and gushed, ‘I got to see all these people who are so incredibly passionate about their job and have been doing this for decades, they’re so invested in the details.’

Camila, who is pals with both Kendall Jenner and Hailey Bieber, discussed her personal sense of style, explaining to the publication that she likes ‘to mix it up.’

‘I don’t consider myself someone who tries very hard with fashion because in my day-to-day life, I’m very relaxed. So, it’s really only when I’m going to work events and appearances.’

The Never Goin’ Back actress further stated that, ‘I like the juxtaposition of doing something dainty, feminine and sexy and also being able to wear a men’s suit and have a different version of yourself that’s a bit more masculine, and play with that character.’ 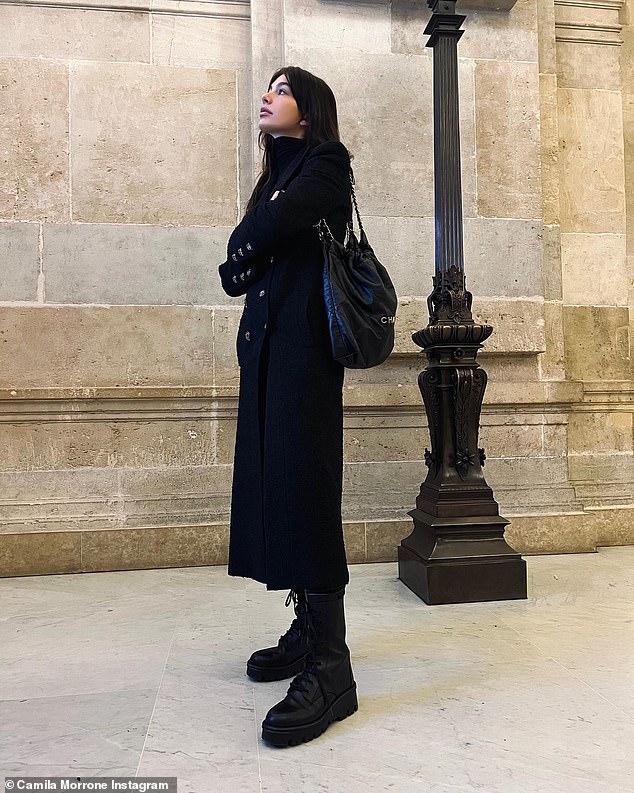 Fashionable: Camila discussed her own personal sense of style, explaining to the publication, ‘I like to mix it up’ 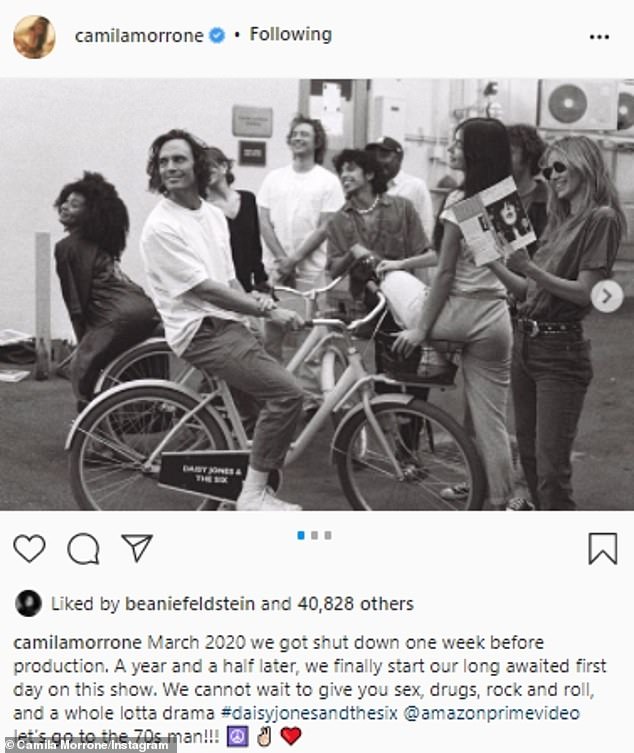 Upcoming project: Camila has been cast to star in the forthcoming Amazon Prime series called, Daisy Jones & The Six

Camila’s upcoming project, Daisy Jones & The Six, is set to premiere later this year on March 3 on Amazon Prime Video.

The premise of the show, which is a based on a novel of the same name written by Taylor Jenkins Reid, follows ‘the rise of rock band Daisy Jones and The Six through the ’70s LA music scene on their quest for worldwide icon status,’ according to the IMDB synopsis.

The actress told W Magazine that, ‘It’s a memorable and fun era for fashion and music. Some of the best music was created during that time in the Sunset Boulevard scene.’

She added, ‘It was such an incredible and positive experience and I’m excited for people to see what we’ve been waiting years to make.’ Camila joined other stars such as Sam Claflin, Suki Waterhouse and Riley Keough, the daughter of the late Lisa Marie Presley.

On Instagram, the beauty has been counting down the days until the miniseries is released, and penned on a post that despite filming being delayed during the pandemic, ‘We cannot wait to give you sex, drugs, rock and roll, and a whole lotta drama.’

What’s an iPhone Activation Lock Removal?If you have an iPhone and are stuck in an endless loop of iCloud restrictions, you can bypass it by...
Read more

The Kardashians have the exclusive LA neihbourhoods of Calabasa and Hidden Hills.But over on this side of the pond there is one county...
Read more

Custom printed sleeve boxes are becoming effective for many brands that want their products to look distinctive in any market. Sleeve packages are made...
Read more

Problems of Pile Foundations at Waterside Development Zones and Their Stoppage:

We are working in the piling industry for many years and with great meetings and flexibility will guide you over all the phases of work.
Read more

Have scientists found the first planet outside our galaxy? It’s complicated

THE IMPORTANCE OF ELECTRICIANS

Ever since Benjamin Franklin went outside with his kite during a thunderstorm, electricity has ruled the world. All you have to do to understand...
Read more
Business

Every business needs a laptop, especially if you’re running your own company. From taking notes to keeping records, a laptop is essential for every...
Read more
Business

Are you interested in starting your own Siberian Kitten selling business? If so, there are a few things you should know before getting started....
Read more