Julia Louis-Dreyfus is looking forward to the debut of her latest project, You Hurt My Feelings, which is scheduled to premiere Sunday at the Sundance Film Festival in Park City, Utah.

The 62-year-old actress stars in the comedy as a novelist whose marriage is upended after she hears her husband give his honest reaction to her latest book.

‘I believe in small stories about really big things,’ she said explaining in an interview with Variety why she chose to star in the independent film directed by Nicole Holofcener, who also helmed the award winning 2013 movie, Enough Said, opposite the late James Gandolfini. 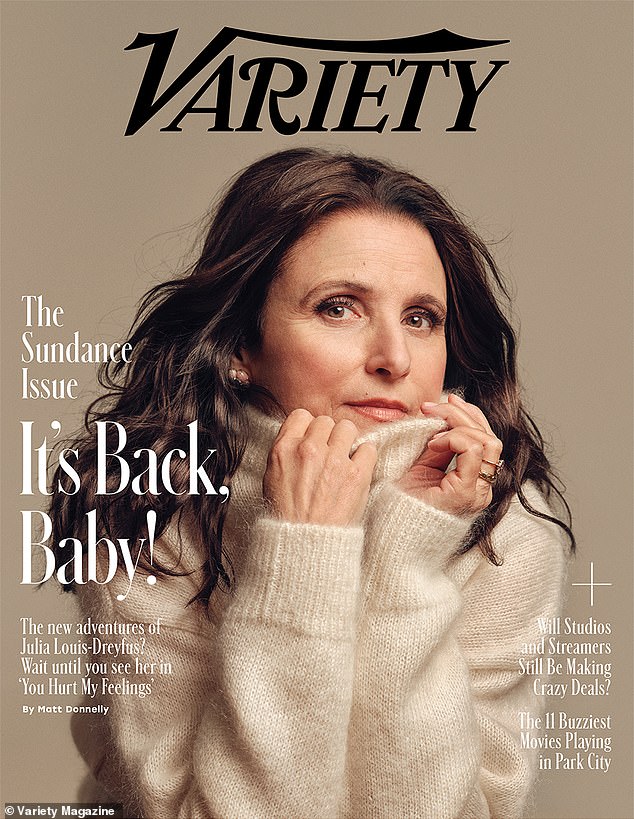 Closer look: Julia Louis-Dreyfus, 62, has appeared on the cover of Variety as she talks her comedy You Hurt My Feelings, which will debut Sunday at the Sundance Film Festival 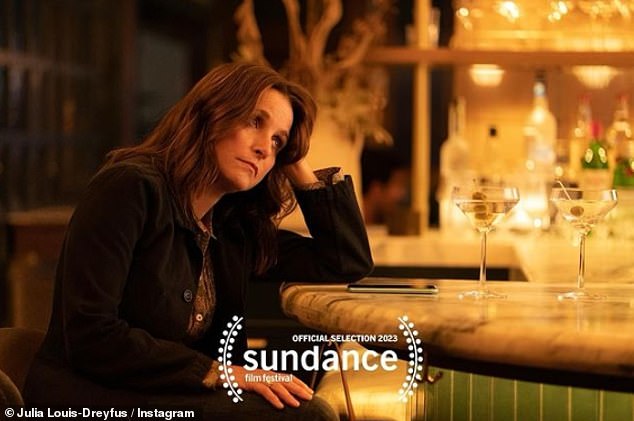 Her film: ‘I believe in small stories about really big things,’ she said about taking the role in the independent film

Julia, who has won 11 Emmy awards for her acting in Seinfeld, The New Adventures of Old Christine and Veep, is fronting the cover of Variety’s The Sundance Issue, and talking about her latest work as well as other upcoming projects.

The actress, who got her big break on Saturday Night Live in 1982, has focused mostly on television roles in her early career. She is married to fellow SNL alum Brad Hall, 64, and they share two sons, Charlie, 25, and Henry, 30.

‘I started having my kids during Seinfeld, so I really didn’t do movies,’ she explained.

‘I passed on a lot of projects because we were filming 22 episodes a year, you’d have these few months off, and I couldn’t bear the idea of going back to work. It was not comfortable for me, emotionally. To be a mother of kids who also works outside the home is quite the undertaking.’

Marvel: Julia has joined the Marvel universe as Contessa Valentina Allegra de Fontaine, and lobbied to have her ‘kick ass’ in the upcoming Thunderbolts, joking that it  may earn her some ‘respect’ from her family 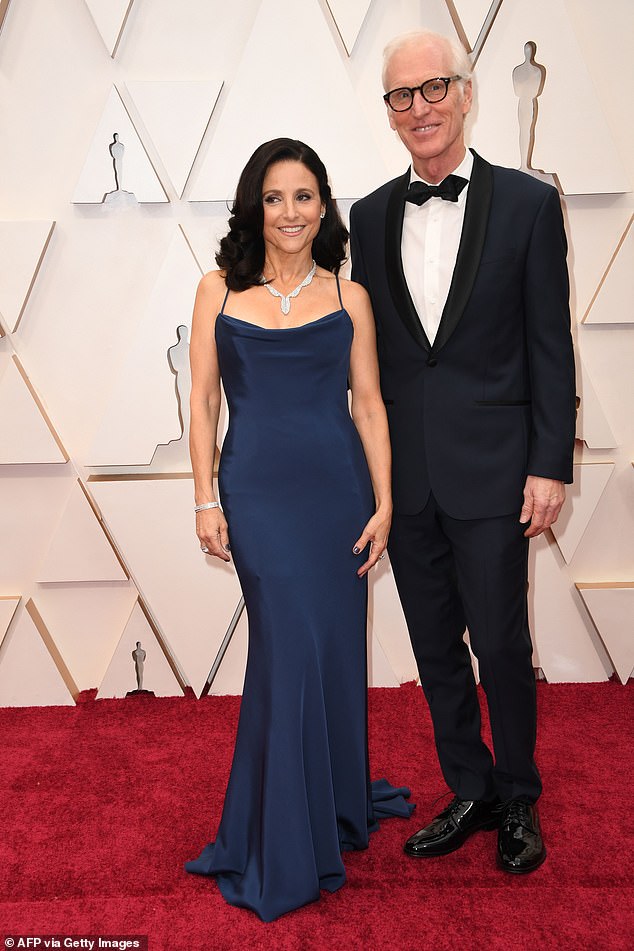 Family life: Julia has been married to fellow Saturday Night Live alum Brad Hall, 64, since 1987. They have two sons, Charlie, 25, and Henry, 30

The environmental activist who is now in remission after undergoing treatment for breast cancer, has joined the Marvel universe as Contessa Valentina Allegra de Fontaine, appearing in Black Widow and Black Panther: Wakanda Forever.

The funny lady revealed that when she was first cast in the role, she had to wear a black hooded cloak to the studio so no one would know who she was. Now that she  has portrayed the villainous character twice, Julia lobbied to have her ‘kick ass’ in the upcoming Thunderbolts.

‘I told them I really want to fight. I haven’t seen the script yet — we’ll see if that happens,’ as she jokingly addied, ‘Ugh. I guess I’d better get in shape.’

The versatile star admitted she pursued the role ‘to see if I can get some respect from these people in my family.’ 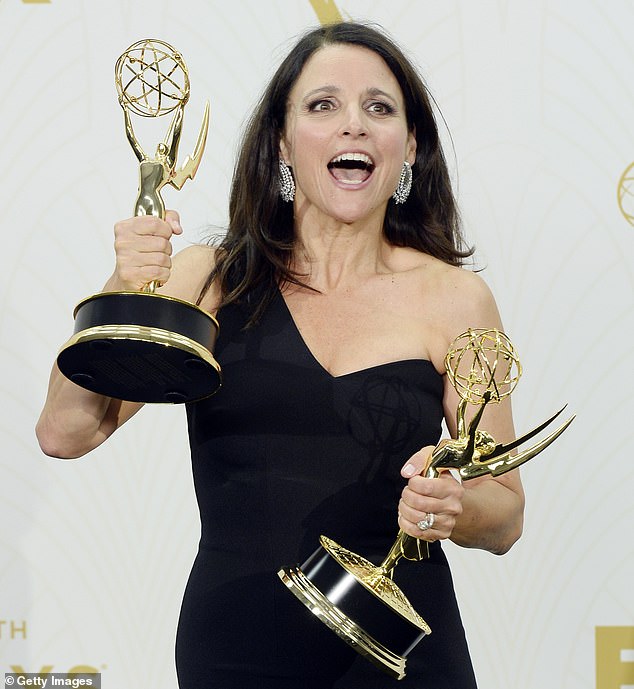 Emmy winner: The versatile actress has won 11 Emmy awards, so far,  for her acting in Seinfeld, The New Adventures of Old Christine and Veep 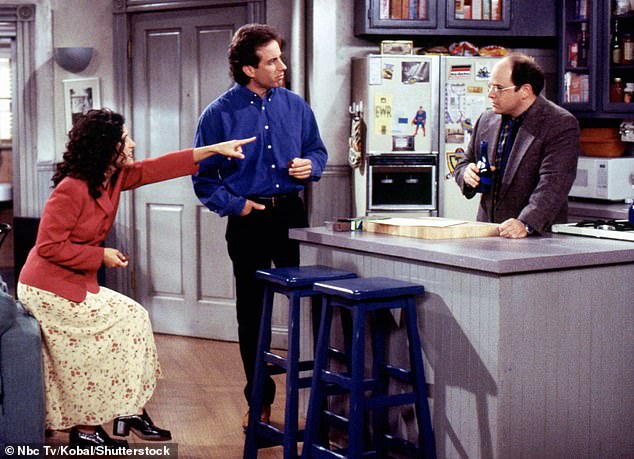 TV vs Film: Julia’s career has been focused mostly on TV roles. ‘I started having my kids during Seinfeld, so I really didn’t do movies,’ she said, explaining that after doing 22 episodes, she couldn’t stand the thought of working during hiatus 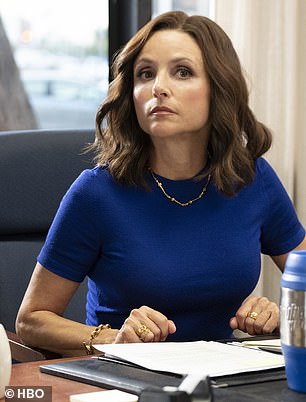 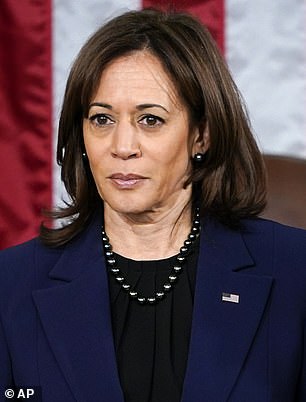 Veep Fan: The Mark Twain Prize for American Humor prize recipient was delighted to learn that Vice President Kamala Harris and her husband, Doug Emhoff, are big fans of Veep. ‘She told me they love ‘Veep,’ and that it’s more like D.C. than anyone would care to admit’

The Mark Twain Prize for American Humor prize recipient was delighted to learn that Vice President Kamala Harris and her husband, Doug Emhoff, are big fans of Veep.

‘She told me they love Veep, and that it’s more like D.C. than anyone would care to admit,’ the star shared.

Although the busy actress said she has received pitches about re-booting the comedy, she isn’t sure now is the right time, contending the nation would need ‘multiple years of normalcy in Washington before we could revisit something.’

Julia, whose character will walk the fine line of political correctness, and stumble as Jonah Hill’s mother in the upcoming romantic comedy You People.

The romantic comedy, which debuts on Netflix January 27, focuses on a Jewish man engaged to a Black woman and the culture clash that ensues. Eddie Murphy and Nia Long star as the bride’s equally bumbling parents.

When it comes to tackling uncomfortable situations in real life the Screen Actors Guild award winner said she believes in erring on the side of kindness. ‘When people complain about being too politically correct, I start to question what their motives are. I believe in irony and satire — there must be a place for it for a culture to survive — but I also believe in being sensitive and kind at the same time.’

You People: Julia co-stars with David Duchovny as Jonah Hill’s parents in the Netflix film, You People. The comedy about the culture clash created when an interracial couple gets engaged debuts on January 27

On May 1, the government had slashed IGST rate to 12% from 28% on import of oxygen concentrators for personal use till June...
Read more

The world’s top commodity traders have forecast a return to $100-a-barrel oil, as investment in new supplies slows down before demand has peaked...
Read more

How Can Physiotherapy Help in Treating Whiplash?

Defining whiplash. Whiplash can come to the surface when your head is being jerked back and forth in a whipping motion. Muscles and ligaments may...
Read more
Business

Best Guns You Can Use in COD Mobile

Smartphones were never considered serious gaming hardware. And to be fair, older smartphones really could not claim that accolade. Smartphones could not really keep up...
Read more
Business

Tips for Running a Business on Your Own

Forming a new business is going to take a lot of financial planning. When you’re doing everything yourself, you’ve got to be strategic about...
Read more