Flagship Pioneering, the venture capital company behind Moderna, has raised its largest fund as it aims to build the next generation of biotech companies.

The $3.4bn fund is one of the biggest amassed in the pharmaceutical industry and comes at a time when investment is flooding into the sector, fuelled by the numerous early-stage companies racing to make treatments and vaccines to tackle Covid-19.

Noubar Afeyan, founder of Flagship, said: “The expanded capital base is going to allow us to . . . conduct pioneering science, company creation and growth all under one roof.”

Flagship’s fund VII comprises $2.2bn raised from investors this year and $1.2bn raised in 2020. The company plans to deploy the cash over the next three years.

Rather than hunting for existing early-stage biotechs to finance, the Massachusetts-based group invests in developing technologies and establishing companies within its own four walls. Teams are built around specific areas of interest with the aim of spinning out to form individual companies as the research develops.

How is coronavirus taking its toll on markets, business, and our everyday lives and workplaces? Stay briefed with our coronavirus newsletter.

“It’s not in the traditional sense of the word an investment fund . . . none of what we do comes from outside,” Afeyan, who founded Flagship in 2000, told the Financial Times. “It is dedicated to advance each and every bio platform that we invent in-house.”

Flagship’s most renowned company is Moderna, which was established in 2010 with the aim of developing mRNA therapeutics, and whose chair is Afeyan. The vaccine maker sold $1.7bn worth of Covid jabs in the first three months of the year and its share price has rocketed more than 1,000 per cent since the start of 2020.

Afeyan described Flagship’s strategy as “explorations” and “an unbounded attempt to create scientific advances coupled with product advances”. He said that developing vaccines at Moderna began by asking “if we could use a code molecule or some kind of a molecule that could instruct the body to make any drug we wanted”.

Flagship has $14.1bn assets under management and spent $4.8bn on its companies over the past four quarters. Last week its drug discovery business Valo Health announced it would go public by merging with a special purpose acquisition company.

Afeyan said the life sciences company does not focus on creating biotechs that will tackle specific diseases but instead looks to build platforms where technologies can be used in a range of illnesses. Moderna is currently carrying out phase 1 trials of its mRNA technology on HIV and flu. 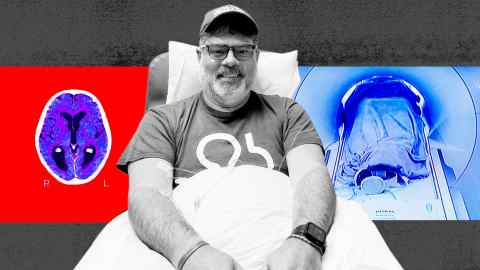 Flagship’s scientists were particularly interested in advancing machine learning tools which can understand the human body at a more complex and granular level than humans, as well as the field of pre-emptive medicine, Afeyan said.

Flagship has recently expanded by opening an office in London and has hired Lord Ara Darzi, a former UK health minister, to lead its pre-emptive medicines work.

World Series 2021: How to watch Astros vs. Braves on Fox

After going two-for-two at the Golden Globes and Critics Choice Awards - where she honored the late Chadwick Boseman - over the past...
Read more

Kylie Jenner sported a huge lion's head attached to her black dress as she made a quirky appearance at the star-studded Schiaparelli show...
Read more

A List Of Lemon Law Mistakes That Can Ruin Your Lawsuit

One of the most irritating things in life is to deal with a brand new car that later turns out to be a faulty...
Read more

All you need to know about Love Island episode SIX

There were explosive new arrivals and several small rows on Sunday night, as the Islanders recovered from the recoupling.Lana and Tanyel hashed out...
Read more

How can rental insurance protect you financially?

Many renters are under the belief that their landlord’s insurance policy will cover their belongings, but unfortunately, it is not covered by the landlord’s policy. Your landlord’s policy covers the building itself, but it may not include your personal belongings.
Read more
Business

There is no need for you to learn more about how a vapor degreaser can benefit your business if you already own one. If...
Read more
Business

5 Things the Top Business Apps Can Teach Us

Whether you're one of the 16% of the workforce who operate completely remotely or you're simply looking to jumpstart your productivity, the best business...
Read more

Olivia Wilde looked somber as she stepped out to meet some of her friends in West Hollywood on Thursday.The Don't Worry Darling director's,...
Read more
Entertainment