Gabrielle Union, 50, oozed showbiz glamour as she arrived at Craig’s restaurant in West Hollywood on the arm of her husband, Dwyane Wade, 41.

They had just attended the season three premiere of Truth Be Told on Thursday. For her second look of the day, Gabrielle wore a trendy, oversized blue and white pinstriped blazer paired with stonewashed jeans and black heels.

This comes after she clapped back at critics who put her down for confessing that she felt ‘entitled’ to cheat on her ex-husband, Chris Howard, because she made more money than him. 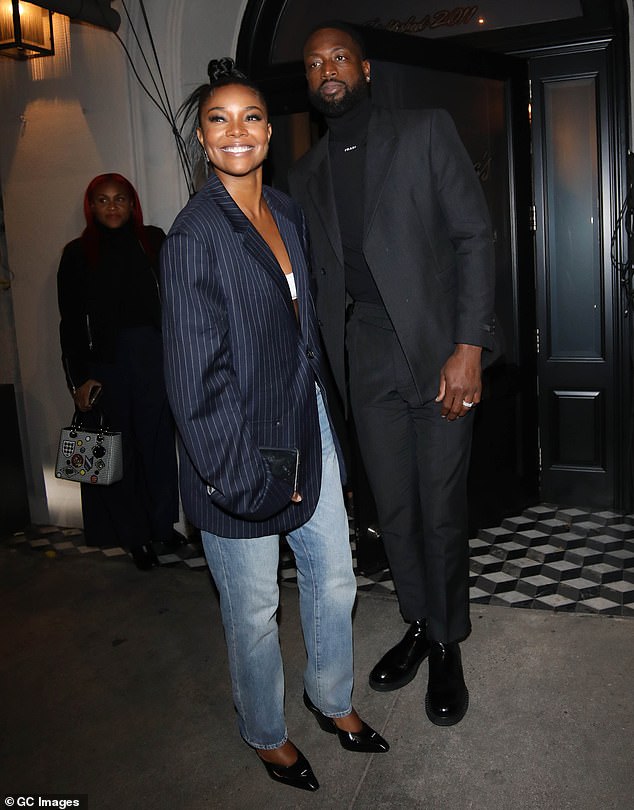 Doubling down: Gabrielle Union, 50, and her husband Dwyane Wade, 41, were spotted as they arrived at Craig’s restaurant in West Hollywood after she slammed people angry about her cheating confession

The Breaking In star styled her locks in an elaborate updo and added flair with diamond studded earrings.

Dwyane and Gabrielle were seen gazing lovingly into each other’s eyes and beaming as the shutterbugs snapped away before they enjoyed dinner.

Wade, a former NBA player, looked sharp in a charcoal suit worn over a black turtleneck by Prada. 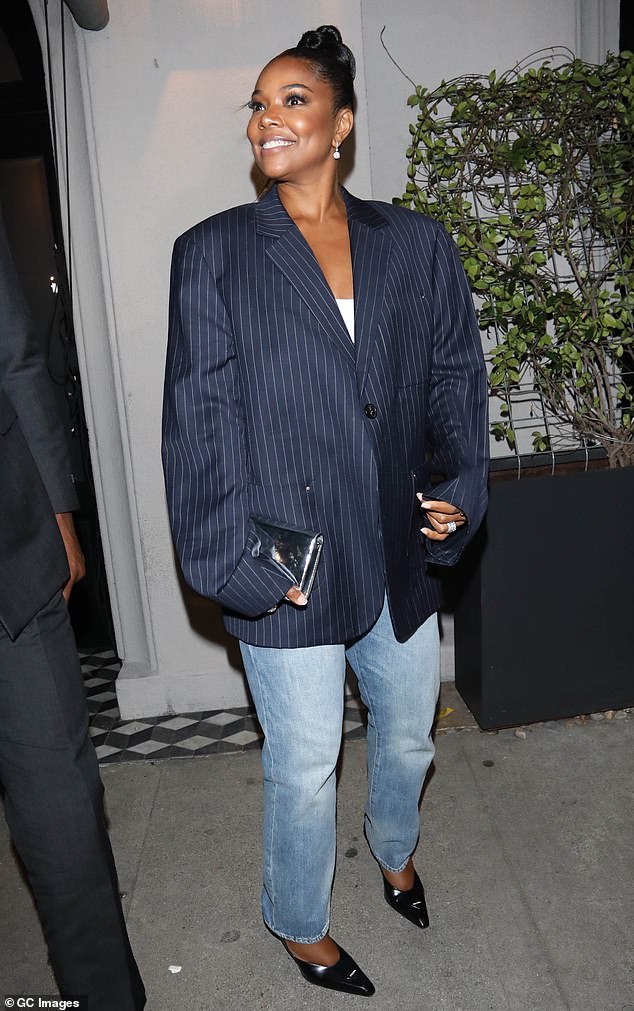 Confession: Union made eyebrow-raising comments which opened the floodgates of criticism when she stated she felt ‘entitled’ to cheat on her former husband because she was making more money than him and was ‘paying all the bills’ 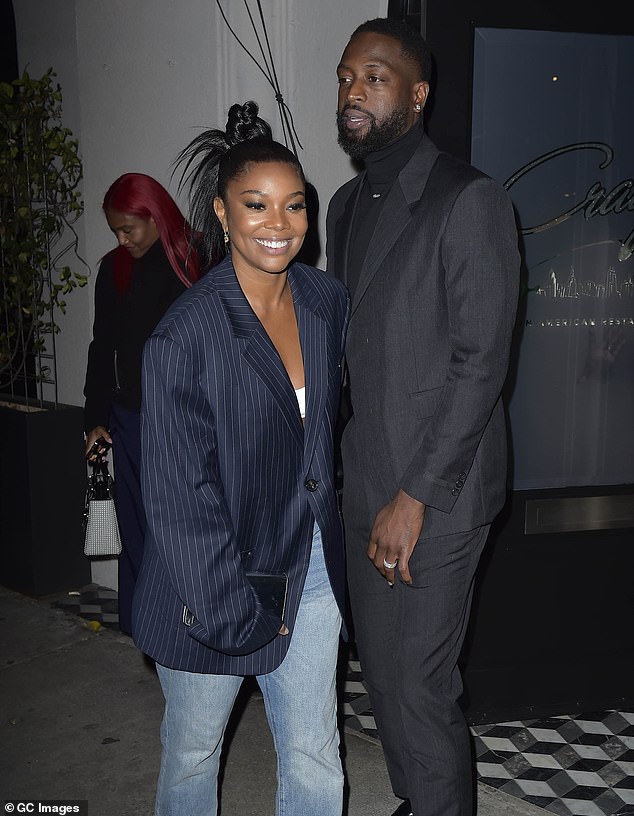 Happy couple: Dwyane and Gabrielle were seen beaming and enjoying the evening as the shutterbugs snapped away 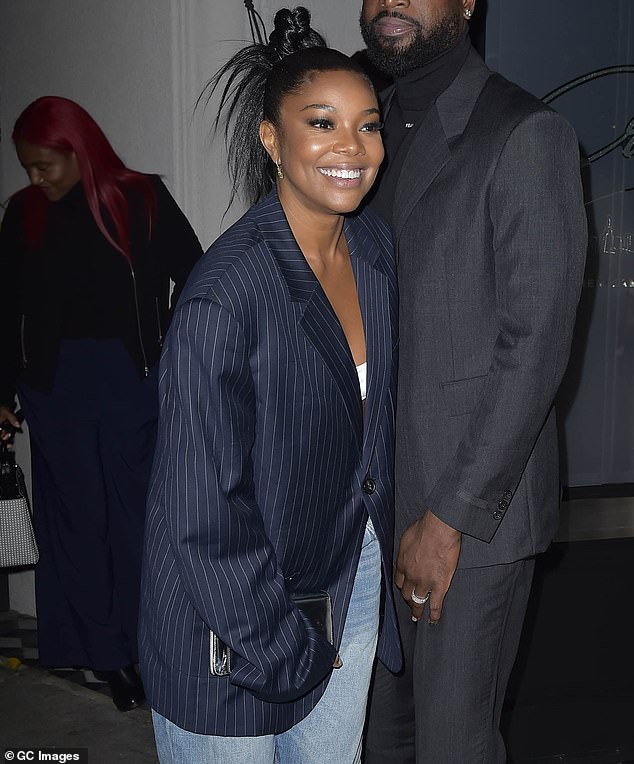 Earned the right: Gabrielle called infidelity ‘the spoils of riches’ and said, ‘Like my dad before me, whoever has the most gets to do whatever the hell they want, is what I thought.’ Union dismissed any criticism of her behavior as an example of unequal gender expectations

Earlier in the day, the beauty slid into a sleek strapless floor-length gown that was perfectly fitted to emphasize her enviably petite frame as she posed beside Oscar winners Reese Witherspoon and Octavia Spencer on the red carpet.

At the event, Union spoke to Entertainment Tonight about the eyebrow-raising comments she made earlier this month on Dax Sheppard’s Armchair Expert podcast.

The actress stated that she was ‘paying all the bills’ during her former marriage to NFL player Howard from 2001 to 2006 and felt ‘entitled’ to cheat on him. 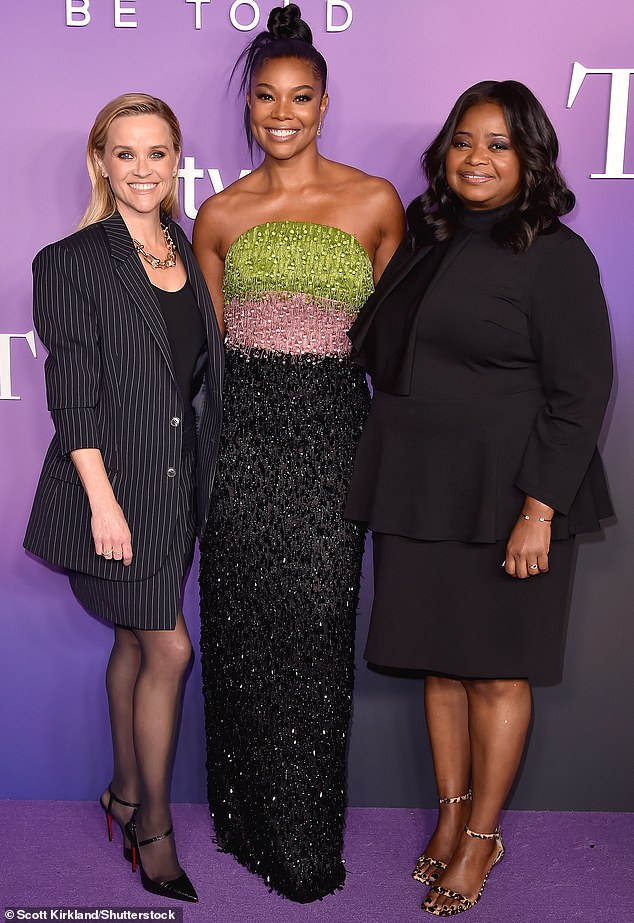 Trio: Oscar winners Reese Witherspoon and Octavia Spencer posed up with Union In Hollywood at Thursday’s season three premiere of Truth Be Told 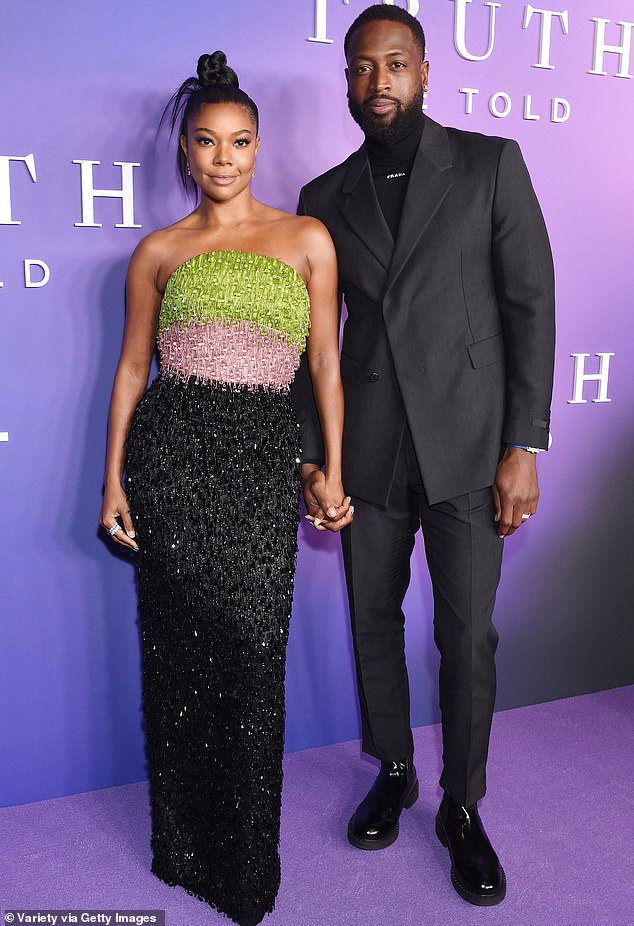 Hot couple: Gabrielle posed with Wade who wore the same outfit later in the evening as they went out for dinner at Craig’s

‘I was working my ass off, and I felt like that’s what comes [with it],’ said Union.

Gabrielle called infidelity ‘the spoils of riches’ and said, ‘Like my dad before me, whoever has the most gets to do whatever the hell they want, is what I thought.’

As she spoke with ET’s Nischelle Turner, Union dismissed any criticism of her behavior as an example of unequal gender expectations. 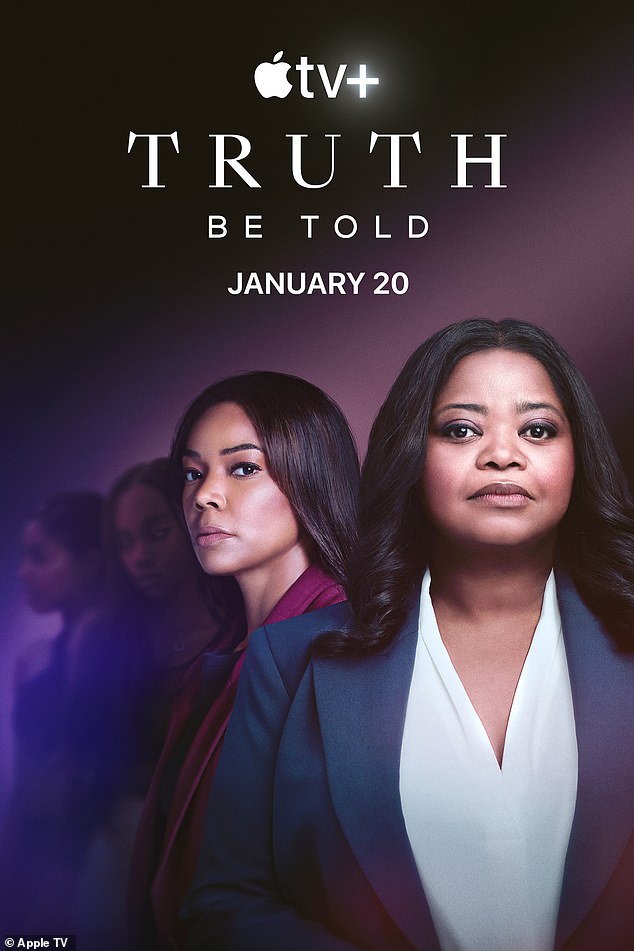 Premise: Octavia leads the cast of the program as a true crime podcaster who, each season, finds herself trying to untangle a new case

Union speculated that ‘people really felt anger that a woman would dare be just as dysfunctional as a man.’

The Bring It On star commented on joining Truth Be Told, saying, ‘The show takes place in the bay area, and this season specifically is talking about the sexual trafficking of young black and brown girls.’

Season 3, which premieres Friday on AppleTV+, sees Union as a school principal who becomes allied with Octavia’s character digging into the case of multiple missing black teenage girls whom the media have ignored. 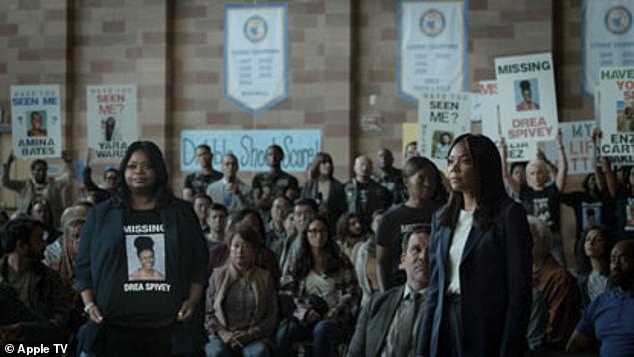 Incoming: The season three trailer sees her digging into the case of multiple missing black teenage girls whom the media have ignored

Our Yorkshire Farm star Amanda Own plays down her marriage split

Amanda Owen insists the collapse of her marriage is 'a reality she has to get on with' while juggling the responsibility of farm...
Read more

Article content MADRID — Spain’s Acciona said on Thursday it was targeting a valuation of up to 9.8 billion euros ($11.66 billion) for...
Read more

The sixth edition of the highly popular fantasy series, A Song of Ice and Fire, has been one of the most eagerly awaited novels...
Read more
Business

How to Start Investing in Cryptocurrency: A Quick Guide

Cryptocurrency is hot right now. No matter where you like, people on social media and news outlets are reporting the latest news on cryptocurrency. Perhaps...
Read more