EXC: Jess Impiazzi on encouraging Jermaine Pennant to get ADHD tested as ‘something wasn’t right’

Jess Impiazzi has revealed how she encouraged her boyfriend Jermaine Pennant to get tested for ADHD since she could tell ‘something wasn’t right’.

The actress and ex reality star, 33, claimed the former footballer’s recent diagnosis has ‘changed his whole life’ and that he now listens to her more, instead of being ‘irrational or impulsive’.

Speaking exclusively to MailOnline at the Inspiration Awards For Women just a week after the 40-year-old’s announcement, she said: ‘He actually was diagnosed in July because I noticed something wasn’t right with him.’ 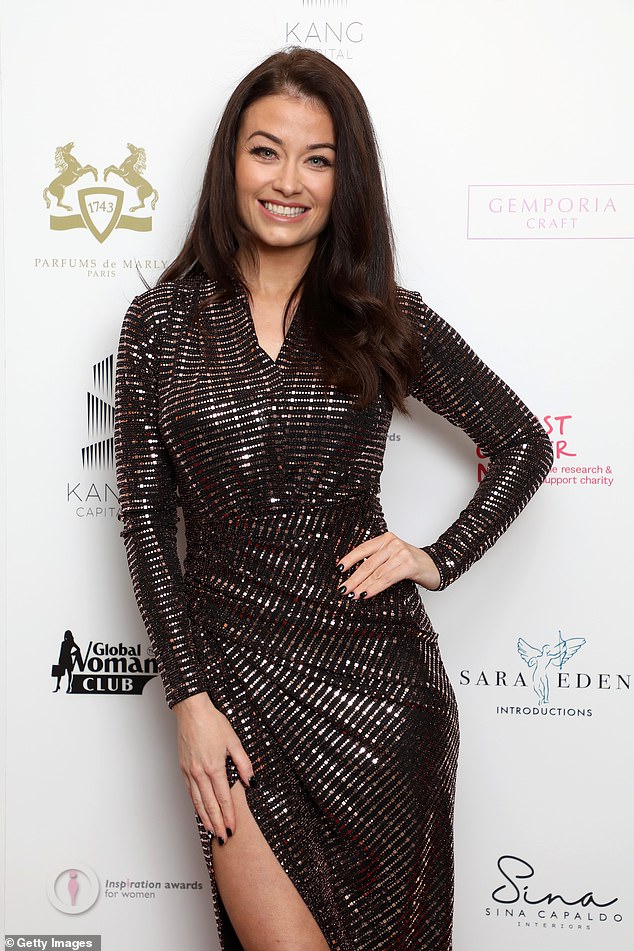 EXCLUSIVE: Jess Impiazzi has revealed how she encouraged her boyfriend Jermaine Pennant to get tested for ADHD since she could tell ‘something wasn’t right’ (pictured on Friday)

‘Obviously, with his behavior in the past…. I was like, “Let’s just get checked. There’s something not quite right.”‘

In 2005, Jermaine was jailed for three months for drink driving while disqualified after crashing his friend’s Mercedes into a lamppost.

After 30 days in prison he was released and his club Birmingham City stood by him. He became the first player to play in the Premier League with an electronic tag on his ankle.

He also admittedly blew his fortune on dodgy investments, lost three houses and fell into bankruptcy due to his money problems and forgot he owned a £1.2m house in Cheshire. 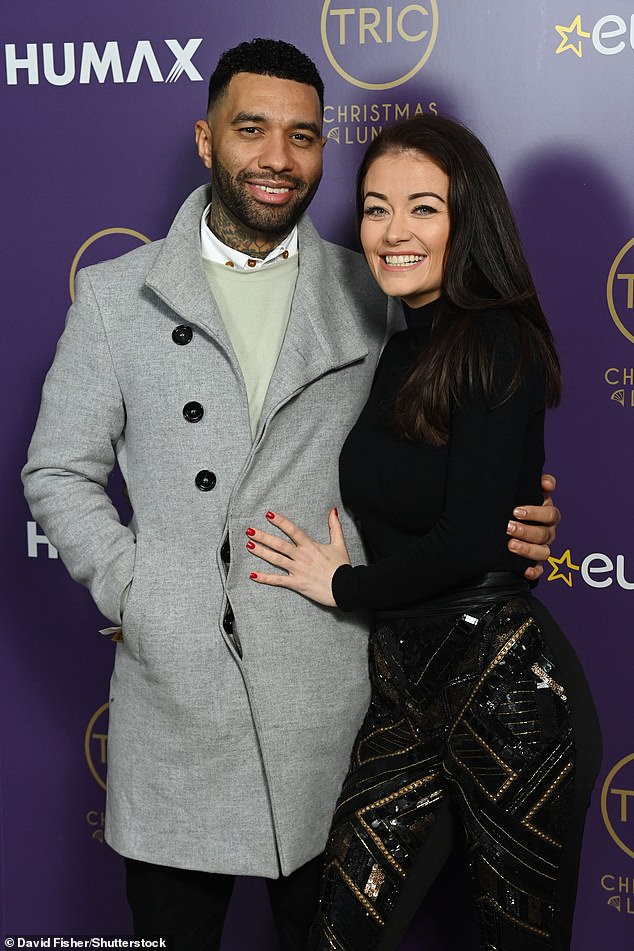 Jess continued: ‘I’ve got a family member that has it and I was noticing things. “I was like, “OK, let’s just go and talk to therapist and the doctor.”

‘Anyway, it changed his life when he got the diagnosis. He was able to focus, he figured out the reasons why he had done things in the past.

‘As soon as you could figure that out, you can kind of stop because you don’t know what you don’t know, right? So now he’s, he’s focusing.

‘The minute he thinks of being irrational or impulsive, he can go, “Hang on, that’s my ADHD.” He has his medication and he will listen to me more, I’ll be like, “Jermaine this is a bit of your ADHD here, so let’s just have a chat first,” and he’s like, “OK, yeah, OK.” 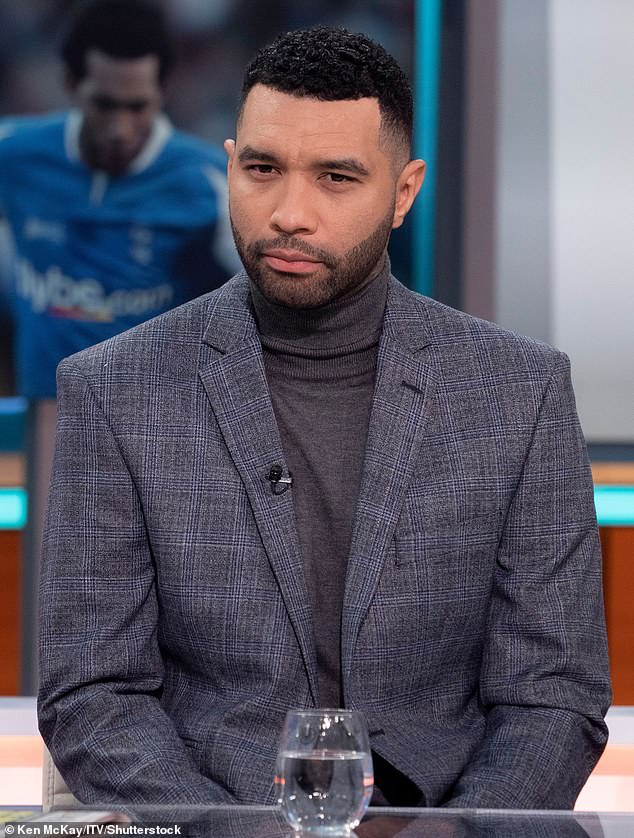 Candid: Jermaine recently revealed he felt like a ‘lunatic’ for making a string of destructive decisions before being diagnosed (pictured on Friday)

‘But it’s changed his whole life. His work’s going amazing, his focus is much better and I’ll let him play on his F1 game when he needs a bit of headspace.”

Jermaine recently revealed he felt like a ‘lunatic’ for making a string of destructive decisions before being diagnosed.

He appeared on Friday’s Good Morning Britain to discuss his ‘life-changing’ diagnosis and admitted that it helped him make sense of his past decisions.

While insisting that he couldn’t ‘make excuses’ for his behaviour he shared his sadness at not being diagnosed until now because it would’ve made his relationships, work and life easier, noting he’s now ‘happier than I’ve ever been.’

ADHD is a behavioural condition defined by inattentiveness, hyperactivity and impulsiveness.

Speaking about his diagnosis, Jermaine said: ‘It’s life-changing because I would ask myself so many questions over the years. “Why do I leave destruction in my path?” Or “how have I got myself in certain situations?”

‘I just thought it was down to me just being a lunatic or just not well and having serious issues but not actually identifying what they were.

‘I was just going round-and-round in circles, making the same mistakes and telling myself ‘I know that I’m not a bad person but why am I doing this?’

Symptoms typically appear at an early age and become more noticeable as a child grows. These can also include:

Most cases are diagnosed between six and 12 years old. Adults can also suffer, but there is less research into this.

ADHD’s exact cause is unclear but is thought to involve genetic mutations that affect a person’s brain function and structure.

Premature babies and those with epilepsy or brain damage are more at risk.

There is no cure.

A combination of medication and therapy is usually recommended to relieve symptoms and make day-to-day life easier.

He went on to explain that he believed his ‘troubled childhood’ was to blame for developing the condition.

Jermaine added: ‘If you go to the beginning, you develop ADHD two ways. Either genetically from family or as a child you develop it through trauma and your environment.

‘I had a very troubled childhood so my ADHD was a way of survival mode as a child. I developed ADHD and it made me survive. 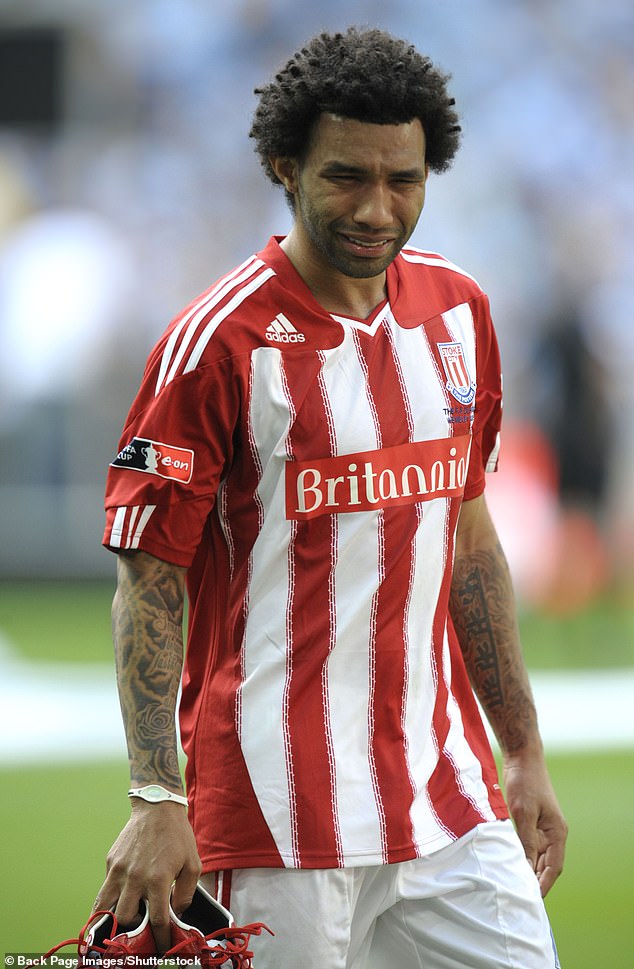 Career setbacks: He shared his sadness at not being diagnosed until now because it would’ve made his relationships, work and life easier, noting he’s now ‘happier than I’ve ever been’ (pictured playing for Stoke in 2011)

‘But, as an adult, on the flip side it turns into a negative and destruction if you’re not diagnosed or aware of it.’

Thinking about how different things could have been if he’d known sooner, Jermaine added: ‘Now I’ve been diagnosed everything I’ve done in my career I understand, all the stuff I’ve been through, the mistakes I’ve had.

‘I understand why I fell out with managers and TV bosses wouldn’t come near me because I couldn’t be trusted, I was unreliable.

‘But if people knew I had ADHD they would understand because you take risks, no consideration for danger, consequences for other people, you’re forgetful. When things are getting stressful or you cant cope you’ll seek any validation.’ 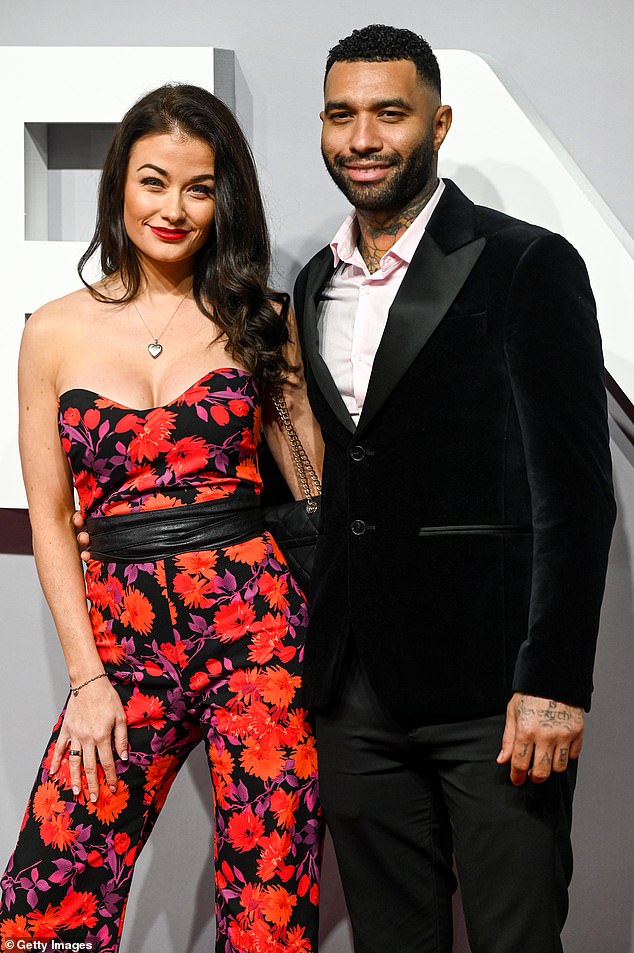 Struggles: Jermaine went on to reveal that it nearly cost him his relationship with Ex On The Beach star Jess, who he has been dating for nearly two years (pictured in November 2022)

Jermaine went on to reveal that it nearly cost him his relationship with Ex On The Beach star Jess, who he has been dating for nearly two years.

‘If it wasn’t for me getting diagnosed we would have broken up because its so difficult to live with,’ he explained.

‘I have to take melatonin at night because I cant sleep. It’s like trying to manage eight screens, it’s a very busy active brain.

Nottingham-born Jermaine burst onto the scene as a teenager and became a £2million signing at just 15, making his debut for Arsenal as a 16-year-old.

He scored a hat-trick on his full Premier League debut aged 20. He later admitted he was out partying until 6am on the day of the game and won the match for his team hungover.

Despite his extraordinary start, he only made five full starts for Arsenal in seven years, and was shipped out on loan to various clubs where his personal problems continued.

Despite his stint in priso, his football career continued with a big money move to Liverpool, earning him even more cash and even a Champions’ League winners medal before falling out of favour.

After retirement from football, he earned cash on the last series of Celebrity Big Brother and media commitments, including one occasion where he was accused of being drunk on Sky Sports News. 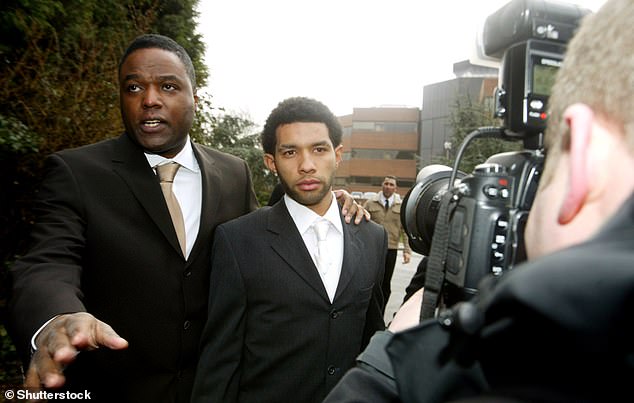 Past: Jermaine previously said his biggest regret was being jailed for three months in 2005 for drink driving (pictured at Aylesbury Magistrates Court)

Uttar Pradesh has recorded the highest ever procurement of wheat from 12.98 lakh farmers at Minimum Support Price (MSP), said the Ministry of...
Read more

With US equities reaching fresh highs repeatedly, fund managers continue to back the S&P 500.(Image: REUTERS)Fund managers across the globe are over the...
Read more

‘Respect to him for calling Ron out!’ Love Island fans heap praise on Shaq after he tells Ron off

Love Island fans praised Shaq on Friday night after he told off Ron for doing a '360' on Lana. Viewers flocked to Twitter to...
Read more

What Is The Best Navigation App For Truckers?

When you travel, you put yourself in situations fraught with anxiety and unpredictability. When you're behind the wheel of a heavy-hauling truck all day,...
Read more

All about Competitive Intelligence Consultants-Not as hard as you think

Online work is increasing, with the outbreak pandemic, and becoming persistent. Not easy for those who launch stores and services.
Read more
Business

How to import industrial equipment parts in Germany

If a company wants to import industrial equipment and components in Germany, it can first obtain information about any import bans or restrictions. Companies can get advice from the IWM Customs – Information and Knowledge Management Customs or fro
Read more