Emmerdale SPOILER: Nicky brutally REFUSES to have sex with Gabby

Emmerdale SPOILER: Nicky brutally REFUSES to have sex with Gabby despite admitting he has feelings for her – after he rejected her kiss

By Laura Fox For Mailonline

Emmerdale‘s hunky newcomer Nicky rejected Gabby’s advances in Tuesday’s show, after she leaned in for a kiss.

And, in upcoming scenes, the dishy nanny will confess that he does have feelings for the brunette, but they cannot be together as it could put his job in jeopardy.

In the episodes, which will air next week, Nicky admits that despite their chemistry he cannot have sex with the young mother, with actor Lewis Cope admitting there could be ‘problems’ if the pair got together. 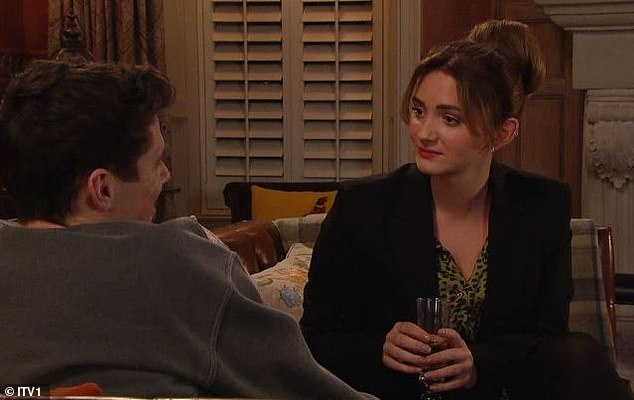 SPOILER: Emmerdale’s hunky new nanny Nicky will refuse to have sex with Gabby Thomas in upcoming scenes, despite admitting he does have feelings for her

Nicky first caught Gabby’s eye when he arrived in the village as a nanny for Clemmie and Lucas, but soon learned his services were no longer needed when Dawn (Olivia Bromley) decided she didn’t want to work for Kim Tate (Claire King).

Luckily, Gabby reassured Nicky that she still needed someone to look after her son Thomas, and Kim agreed, meaning he could stay at Home Farm.

After learning she’d got the job as Kim’s deputy, a delighted Gabby (Rosie Bentham) decided to celebrate with Nicky by enjoying some champagne.

However, when she learned in for a kiss, he quickly pulled back, admitting he doesn’t like her that way. 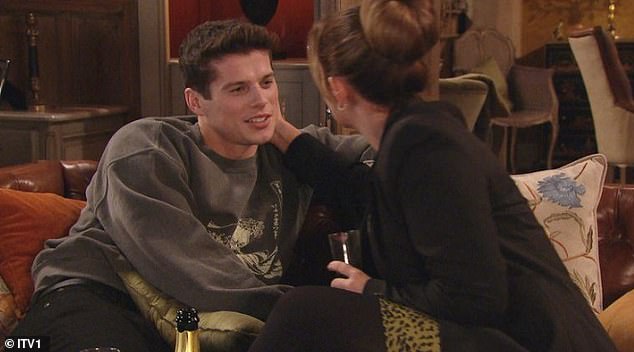 Awkward! In scenes that aired on Tuesday night, Gabby leaned in to kiss Nicky, but he pushed her back, insisting he doesn’t like her in that way

In upcoming episodes, Nicky makes a shocking confession, admitting he does like Gabby, but he  doesn’t want to cross a line with her and put his job in jeopardy.

Speaking about the story, Lewis told Metro: ‘Potentially it could be a problem at Home Farm if they get together. Nicky kind of focuses on his job and thinks – we shouldn’t be doing this and backs away from it.

Co-star Rosie agrees that the pair make a good match, adding: ‘They both fancy each other, it’s very obvious.

‘I think the audience are going to be egging them on to be honest, because they see two young people who fancy each other, it’s very obvious what they are going to want from that. But whether they get it or not, who knows?’

However, Lewis has already warned that Nicky has a dark side that viewers may get to see in the coming weeks.

He said last month: ‘At the moment he’s a lovely person and there’s nothing to say otherwise, but he’s quite too good to be true though.’

Emmerdale airs on weeknights at 7:30pm on ITV1, and ITVX. 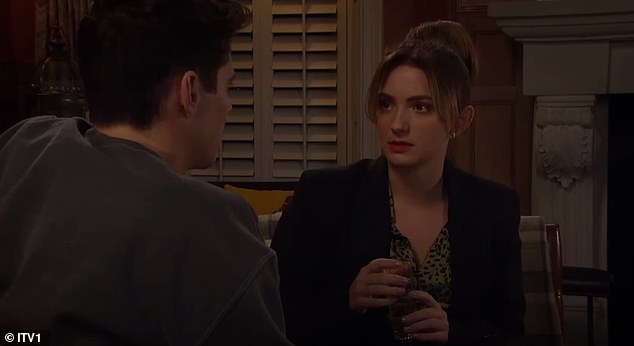 No! In upcoming episodes, Nicky makes a shocking confession, admitting he does like Gabby, but he doesn’t want to cross a line with her and put his job in jeopardy

Consequently, in August last year, the DPIIT notified a format for companies from these bordering countries (China and Pakistan) to register themselves with...
Read more

Why is it Good to Use Rehab Centers? p5perform

Encourages you to return to sport or exercise to enhance your health and sense of well-being – you'll also improve your overall health if you can exercise or play sport to your full potential.
Read more

Workplace stress needs to be addressed. Each and every worker. The same is true of any business. Job-related stress is inevitable. It may wreak...
Read more
Business

What Do You Need To Know About Health Supplements

You should consider taking health supplements because there are so many benefits they offer. We are hoping that you might have heard about them,...
Read more
Business

Buzz Voice is a very convenient and valuable tool for social media services. The packages on this site are very cheap, which allows us...
Read more