Hedge fund Elliott Management has called on GlaxoSmithKline’s board to name new directors and launch a process to determine if chief executive Emma Walmsley is the right candidate to lead the UK drugmaker after a spin-off of its consumer division.

The demands form part of a series of recommendations sent to GSK and released publicly by Elliott on Thursday, in which the activist hedge fund criticises “years of under-management” for its poor share price performance.

The 17-page letter from Elliott marks the first public confirmation that it has built a significant shareholding in GSK, which has a market value of £71.5bn, since the Financial Times revealed in April that the hedge fund had taken a multibillion-pound stake.

“Allowing GSK’s long-term operational and share-price underperformance to persist without urgently taking appropriate measures would disappoint all with an interest in the company. The board must rise to the challenge and put forth a more ambitious plan to close the gap,” Elliott wrote to GSK chair Jonathan Symonds.

The calls for changes at GSK come as the UK drugmaker confirmed last week that it would press ahead with plans to separate its consumer health division next year, leaving a slimmed-down business focused entirely on biopharma.

While detailing those plans, Walmsley launched a robust defence of her leadership in which she sought to portray herself as a “change agent” committed to transforming the UK pharma group as it focused on investing in its drugs pipeline.

Walmsley, a former executive at L’Oréal who joined GSK in 2010 and took over as CEO in 2017, has faced questions over her experience in pharmaceuticals given her background in running consumer businesses.

After the investor update, GSK shares rose and analysts were broadly positive about the company’s stated goal of delivering annual sales growth of more than 5 per cent a year.

Elliott said in its letter that the investor update “was an important step in the right direction” but “it was not sufficient to resolve GSK’s credibility challenges”.

It told the GSK board to refresh its ranks, by immediately hiring independent directors with expertise in either biopharma or consumer health who would then break into committees to interview external and internal candidates.

“Elliott is not advocating a specific outcome but is arguing for a robust process, because it is critical that the board assure current and future shareholders that new leadership of both companies was selected through a credible process that conforms to corporate governance best practices.” 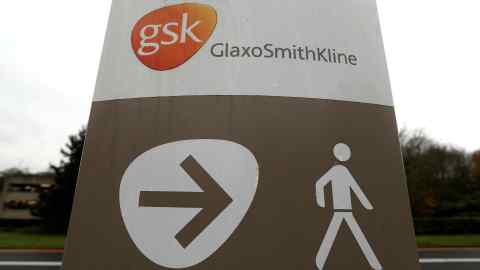 The FT reported earlier this month that some GSK shareholders have signalled that Elliott has privately sown doubt about whether Walmsley should stay after the spin-off.

Elliott also called on the board to evaluate any takeover offers for its consumer health division, in a sign that it may yet push for a sale of the unit ahead of the separation if a bid from private equity or an industry rival emerges.

Elliott added that the board should introduce stronger performance incentives, increase its long-term profit targets and avoid fully integrating its pharma and vaccines business.

Founded and run by Paul Singer in New York, Elliott manages roughly $42bn in assets and has built a reputation as a feared activist investor with campaigns at companies including AT&T, BHP and SoftBank.

Its investment in GSK is run out of its London office, managed by Singer’s son Gordon, and led by portfolio managers Mark Levine and Sebastien de La Riviere.

OPEC+ Breakdown: What to Watch as the Oil Crisis Evolves

When You Need To Hire An Employment Lawyer

Working in offices means you have some rights and duties that should be kept in check. Every employer has to provide a safe work...
Read more

Then, the Indian auditors point at the concentration risk of a Big Four but the data doesn’t support the argument.Synopsis The spat between...
Read more

Many organisations need flexibility to sustain growth and have the creative space and potential capacity to prepare for events. For the charity sector, having...
Read more
Business

Did you know that the global two-way radio equipment industry is expected to be at $12.3 billion by 2028?  Picking the right portable two-way radio...
Read more
Business

Direct lending means that the lender directly lends the money, and not through third parties. Although you may have found a creditor via a...
Read more