Once, there was no better setting for telly drama than a hospital. Doctors and nurses, romance in A&E, life-and-death decisions… it all adds up to soap’s safest bet.

Now, the whole subject is fraught with controversy and politically correct pitfalls. Even the title of Maternal (ITV), about three women going back to the wards after having children, risks enraging the thought police.

‘Maternal’, as a lecturer pointed out to doctors Helen, Maryam and Catherine (Lisa McGrillis, Parminder Nagra and Lara Pulver), is not a word on the approved list. They’d been on ‘parental leave,’ he emphasised — not ‘maternity’.

Using a pump to express her milk, with as much discretion as she could manage in public, Helen complained that her ‘boobs’ were sore. 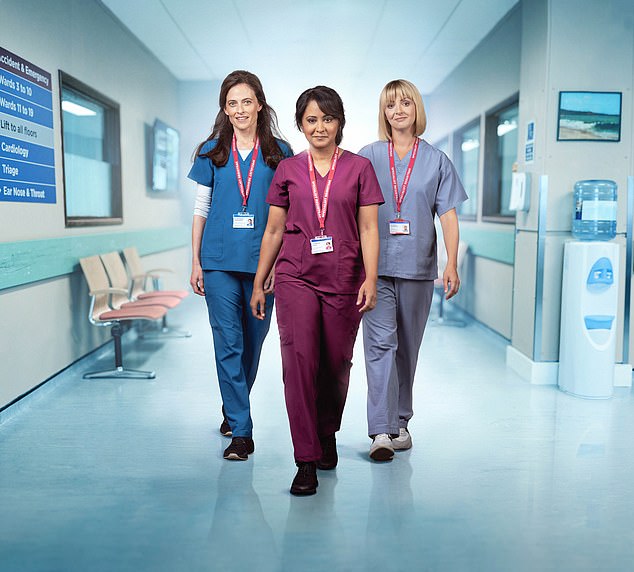 Even the title of Maternal (ITV), about three women going back to the wards after having children, risks enraging the thought police

Excuse me, doctor, but I think you’ll find the correct gender- neutral terminology for that part of your anatomy is ‘chest’.

Writer Jacqui Honess-Martin takes a boldly feminist tone. It’s clear she knows how to fix the NHS: get rid of the men. They’re all pompous, condescending, sexist, entitled, lazy, unreliable, randy incompetents. And that’s the good ones.

Helen’s husband, Guy (Oliver Chris), a doctor on the same wards, accuses her of undermining his authority every time she speaks.

Maryam’s husband is outraged that she’s gone back to work at all. Catherine’s the sensible one — she’s a defiantly single mother, coping with life far better than her friends who have succumbed to marriage. 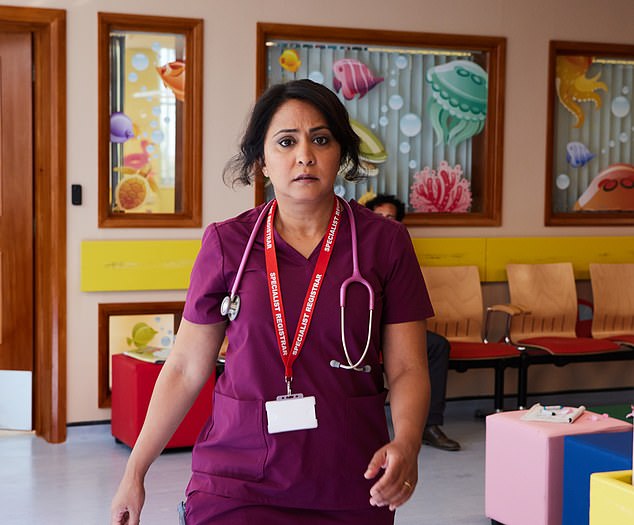 Writer Jacqui Honess-Martin takes a boldly feminist tone. It’s clear she knows how to fix the NHS: get rid of the men

Catherine’s mother doesn’t approve, though. She had to suffer the demands of a husband who thought he was God, and so should her daughter: ‘You wanted to be a mother. It demands sacrifice!’

Despite its stridency, Maternal is fast-paced, with plenty of emotional punch and far more watchable than BBC1’s self-pity saga, This Is Going To Hurt, last year.

There’s real sharpness in the script. When one medic volunteers for extra duty, a consultant drawls: ‘My hero! We’ll organise a clap.’

Questionmaster Clive Myrie has a tendency to drawl, too, dragging out the word ‘Ye-ee-ess’, when he could simply clip it short.

That can cheat the players of vital split seconds. Clive, who took over from John Humphrys in 2021, seems increasingly to be turning Mastermind (BBC2) into a game of chance as well as memory.

Of course, the tension of the occasion can fluster anyone. Civil engineer Adeleine couldn’t remember the name of composer Scott Joplin, even though, she said, she’d been playing his Maple Leaf Rag on the piano for years.

‘That chair makes us all do funny things,’ Clive commiserated. 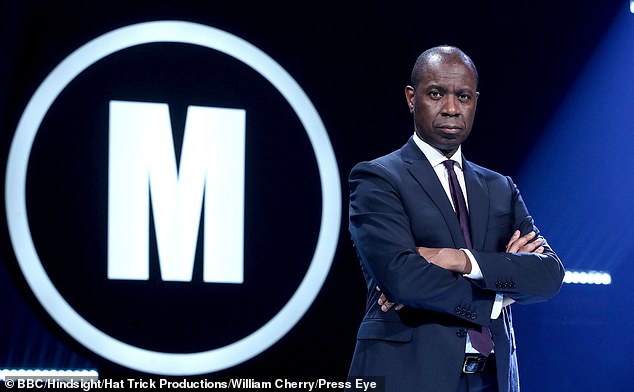 Clive, who took over from John Humphrys in 2021, seems increasingly to be turning Mastermind (BBC2) into a game of chance as well as memory

But the number of questions squeezed into each round has begun to vary markedly. I kept a tally and, by my reckoning, teacher Lesley (who chose the life of Thomas Cromwell as her special subject) had just 29 brainteasers bowled at her. She finished in last place.

Optician Alex had more chances to answer, both in his specialist round (on the films of Wes Anderson) and the general knowledge test. In total, he faced 32 questions, which is ten per cent more.

Both players answered quickly, but some of Alex’s questions seemed shorter — such as ‘Funf is the German word for what number?’ (It’s ‘five’.)

By contrast, Lesley faced posers like this: ‘A decade after they disbanded, which singing duo reunited for a free concert in New York’s Central Park in September 1981, said to have been attended by around half a million people?’ (That was ‘Simon and Garfunkel’, which also takes a lot longer to say than ‘five’.)

Unsurprisingly, Alex won the contest. It hardly seems fair — and it would never have happened under Magnus Magnusson.

Russia claims it fired shots at British destroyer off Crimea

Russia said its forces fired warning shots at a British destroyer off the coast of Crimea on Wednesday, but the UK has denied...
Read more

Types of Mobile Apps That You Can Build With React Native

In today’s growing world, mobile applications have become a necessity and an integral part of the business and industries. Any type of business, be...
Read more

Ant McPartlin and his wife Anne Marie Corbett were seen enjoying a sunny stroll with their dogs on Sunday afternoon in a London...
Read more

Chinese nationals working in various projects in Bangladesh may emerge as a big challenge for the Sheikh Hasina government in its fight to...
Read more

Small Business Digital Marketing: Creating a Formula That Gets Results

We live in a world in which close to 80% of shoppers make purchase decisions after watching a video. This is an indicator that...
Read more
Business

How to choose stocks to invest in

Learning how to choose stocks to invest in is a good place to start when learning about investing in general. When it comes to...
Read more