Chloe Ferry has been accused of a ‘Photoshop fail’ once again after fans noticed a ‘wonky workout pole’ in her recent gym snap.

The Geordie Shore star, 27, took to Instagram recently as she slipped into tiny shorts to join pal Sophie Kasaei for a training session – but quickly grabbed attention due to the image’s apparent distortion.

Some fans took it to show evidence of retouching, with one writing: ‘Warped poles?’. 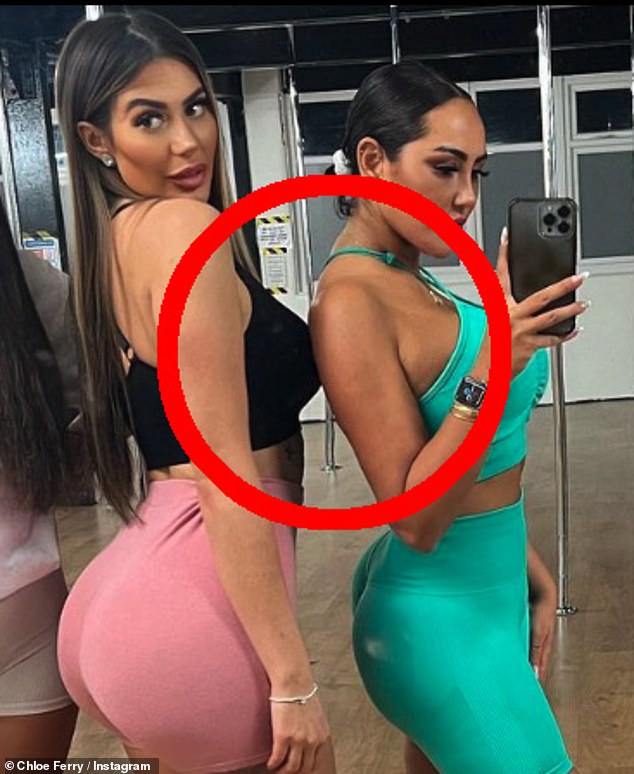 Fail? Chloe Ferry (left) has been accused of ANOTHER photoshop fail as fans spot a ‘wonky workout pole’ as she posed for a saucy gym snap this week with pal Sophie Kasaei (right)

Another said: ‘Girlllll stop editing your photos  the pole in the background doesn’t even line up and the one next to Sophie’s stomach is bent’.

Chloe flaunted her very peachy bottom in the snap as she modelled tiny pink shorts and a black crop top.

Despite the workout she sported a full face of make-up and slipped her feet into a pair of perspex heels. 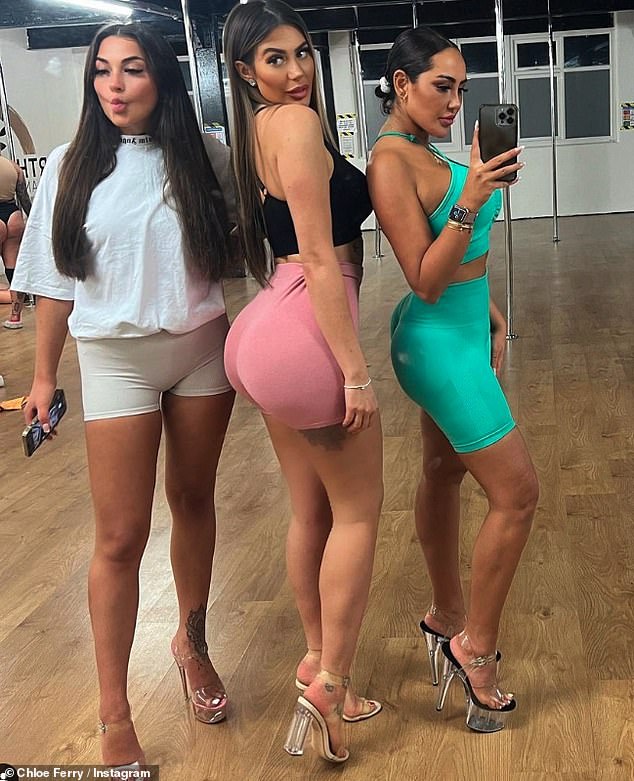 Tricky: Some fans took it to show evidence of retouching, with one writing: ‘Warped poles?’

Unimpressed: Another said: ‘Girlllll stop editing your photos the pole in the background doesn’t even line up and the one next to Sophie’s stomach is bent’

It comes after Chloe documented her early swim in the North Sea last week while showcasing her toned abs in a tiny crop top.

The TV personality  said she would normally be ‘waking up hungover’ on a Saturday morning but ‘not today’ she insisted, opting for a 6am wake-up call before heading down to her local beach and getting a workout in. 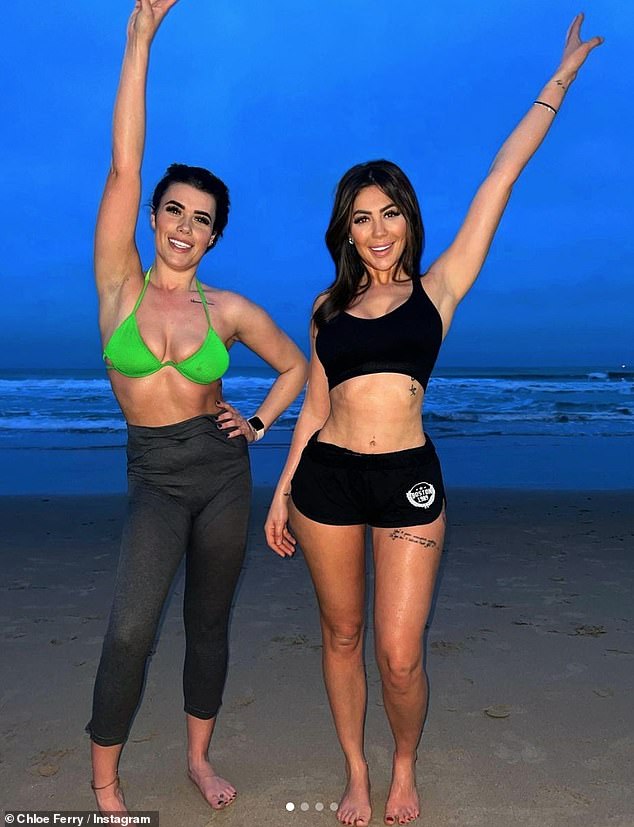 Early start: It comes after Chloe (right) documented her early swim in the North Sea last week while showcasing her toned abs in a tiny crop top

Sharing the moment to her 3.8million followers on Instagram, Chloe penned: ‘Normally on a Saturday morning I would be waking up hungover. But not today!

‘Me and Meave got up at 6am and went for a dip in North Sea let me tell you it was fucking freezing but the benefits of doing this are certainly true!

‘I feel amazing my mental health feels amazing and I’m ready to have the best Saturday ever ❤️’. 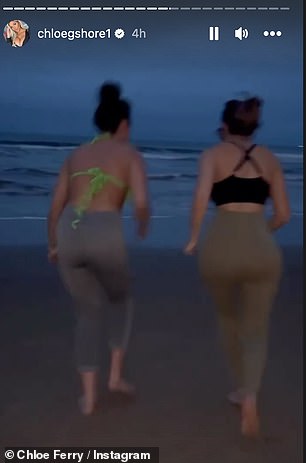 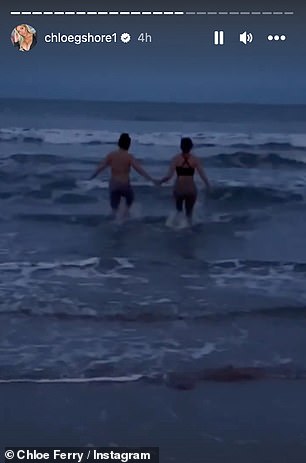 Get ready… and go! Another clip showed the pair making a run for it before dipping themselves into the cold North Sea and they held hands with each other for moral support

She opted for a black sports bra and a pair of small black shorts, Chloe’s taut and toned physique was on full display.

Chloe and her friend Maeve posed for a snap while it was still dark outside, looking excited for what they have just accomplished.

The reality star went makeup-free for the occasion, instead letting the sea air get into her skin. 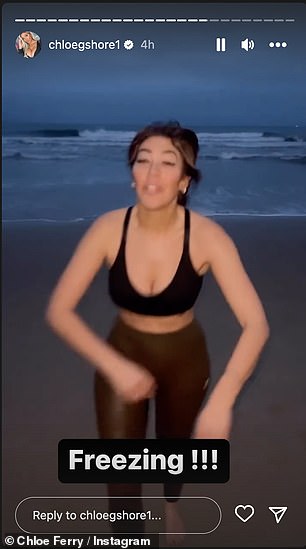 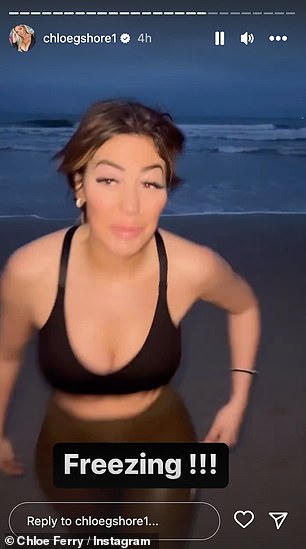 Chilly! As Chloe was filmed running back out of the water to return to some warmth, she said to the camera: ‘I’ve got frost bite!’

Best Medicine for Erectile Dysfunction in India with No Side Effects

Ohman is an online portal where you can buy online Medicine for Erectile Dysfunction in India also for pe, retrograde dysfunction, foreskin problem
Read more

Big US companies are expected to reveal a mammoth rebound in profits during second-quarter earnings season, underscoring the scale of the recovery in...
Read more

Dancing On Ice 2023: The Vivienne makes HISTORY as she becomes the first drag queen to perform

Dancing On Ice 2023: The Vivienne makes HISTORY as she becomes...
Read more

Determining the Best Methods for Renting Your London Property

When you own property in one of the most coveted real estate markets like London, there can be a variety of different issues that...
Read more
Business

An Emblems Of Royalty At KuCoin

Trading and Bitcoin is one of the most valuable endeavors. The rise of the Cryptocurrency is surreptitious amidst financial collapses. There are multiple reasons...
Read more
Business

Some Things to Know about Forbrukslån (Consumer Loans)

People have always needed more capital than they had to handle projects. This is why the financial habit of borrowing money to finance projects...
Read more