China watches Afghanistan anxiously as the US withdraws

It is not without reason that Afghanistan is known as the “graveyard of empires”. The ancient Greeks, the Mongols, the Mughals, the British, the Soviet Union and most recently the US have all launched vainglorious invasions that saw their ambitions and the blood of their soldiers drain into the sand.

But after each imperial retreat, a new tournament of shadows begins. With the US pulling out of Afghanistan, China is casting an anxious gaze towards its western frontier and pursuing talks with an ascendant Taliban, the Islamist movement that was removed from power in 2001.

The burning questions are not only whether the Taliban can fill the power vacuum created by the US withdrawal but also whether China — despite its longstanding policy of “non-interference” — may become the next superpower to try to write a chapter in Afghanistan’s history.

Talks with the Taliban and an eye on Xinjiang

Beijing has held talks with the Taliban and although details of the discussions have been kept secret, government officials, diplomats and analysts from Afghanistan, India, China and the US said that crucial aspects of a broad strategy were taking shape.

An Indian government official said China’s approach was to try to rebuild Afghanistan’s shattered infrastructure in co-operation with the Taliban by channelling funds through Pakistan, one of Beijing’s firmest allies in the region.

“We can vouch that China will fund the rebuilding of Afghanistan through the Taliban via Pakistan,” the official said. “China is Pakistan’s wallet.”

Another diplomat in the region said: “China at the request of Pakistan will support the Taliban.”

The person added that Beijing was insisting that the Taliban limit its ties with groups that it said were made up of Uyghur terrorists in return for such support.

The groups, which Beijing refers to as the East Turkestan Islamic Movement, are an essential part of China’s security calculus in the region. The ETIM groups were estimated by the UN Security Council last year to number up to 3,500 fighters, some of whom were based in a part of Afghanistan that borders China.

Both the UN and the US designated the ETIM as terrorists in 2002 but Washington dropped its classification last year. China has accused the ETIM of carrying out multiple acts of terrorism in Xinjiang, its north-western frontier region, where Beijing has kept an estimated 1m Uyghur and other minority peoples in internment camps.

In a clear indication of Beijing’s determination to counter the ETIM, Wang Yi, China’s foreign minister, exhorted counterparts from the central Asian states of Kazakhstan, Uzbekistan, Kyrgyzstan, Tajikistan and Turkmenistan this year to co-operate to smash the group.

“We should resolutely crackdown on the ‘three evil forces’ [of extremism, terrorism and separatism] including the East Turkestan Islamic Movement,” Wang said in May.

Securing the Belt and Road Initiative

The importance of this task, Wang added, derived in part from the need to protect “large-scale activities and projects” to create a “safe Silk Road”. Silk Road is one of the terms that Chinese officials use to refer to the Belt and Road Initiative, the signature foreign policy strategy of President Xi Jinping to build infrastructure and win influence overseas.

An important part of China’s motivation in seeking stability in Afghanistan is protecting existing BRI projects in Pakistan and the central Asian states while potentially opening Afghanistan to future investments, analysts said.

Qian Feng, director of research at the National Strategy Institute at Tsinghua University in Beijing, said China and Afghanistan had both shown strong political will towards expanding co-operation under the BRI. If stability was achieved in Afghanistan, it would “undoubtedly bring great convenience to the flow of cargo between China and Eurasia”, Qian said.

“Even though China has for a long time been extremely cautious about sending military forces overseas, if it is supported by a United Nations resolution, China might join an international peacekeeping team to enter Afghanistan,” he said.

“With continued turbulence, Afghanistan could easily become a hotbed for growing Islamic extremism, which would to some extent affect stability in Xinjiang.”

Yet any such ambitions may come unstuck if Afghanistan lapses back into widespread violence following the withdrawal of US and Nato forces. The outlook for Kabul’s ability to maintain stability was bleak, according to diplomats in the region.

The Afghan government was able to maintain a measure of stability largely because of the superiority of US air support. The drones, gunships, helicopters and heavy air artillery were unmatched by the Taliban.

But when the US leaves, that advantage will evaporate, notwithstanding a reported US pledge last week to provide 37 Black Hawk helicopters to the Afghan government. 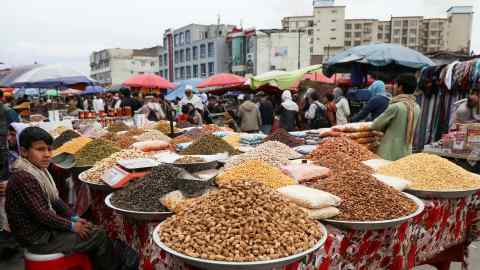 “In 34 provinces, the Afghan military only has the means to fight in 40 per cent of the area without the US air support,” one diplomat said.

Sean Roberts, an associate professor at George Washington University and author of The War on the Uyghurs, said China’s imperative to create overland trade routes to Europe and the Middle East may draw it inevitably into Afghanistan’s domestic strife.

“Afghanistan is a perfect example of how it will become increasingly difficult for China to avoid getting entangled in local political and security issues in regions where it has substantial economic interests,” Roberts said.

The Benefits of Installing a Tankless Water Heater in Mesquite, TX!

If you're like most people, your water heater is one of the appliances that you depend on the most. It provides hot water for...
Read more

If you live abroad and rent out a property, your rental income is taxed under the non-resident landlord scheme. Many landlords are unaware of...
Read more

Joget is an open source low-code/no-code application platform for faster, simpler digital transformation. Previously, we have seen how we can integrate Hyperledger Fabric...
Read more

Earrings Made of White Gold: All You Need to Know

The premium quality of earrings made from white gold is made possible by the usage of rhodium coatings. The coating acts as a protective layer and adds a lustrous shine to these earrings.
Read more
Business

If there is one event that does not only affect various properties and businesses negatively but can also cause grave risks to the lives of the people, that would be any incidents related to fire. This is one hazardou
Read more