Cheryl beams and blows kisses as she is mobbed by fans after another night on stage in 2:22 A Ghost Story

By Olivia Devereux-evans For Mailonline

She embarked on her West End debut as Jenny in 2:22 A Ghost Story on Saturday night, earning a stream of positive reviews.

And singer Cheryl, 39, was in great spirits as she left The Lyric Theatre on Wednesday night after another night treading the boards.

The star grinned as she greeted and waved to fans, blowing kisses and making a heart sign with her hands. 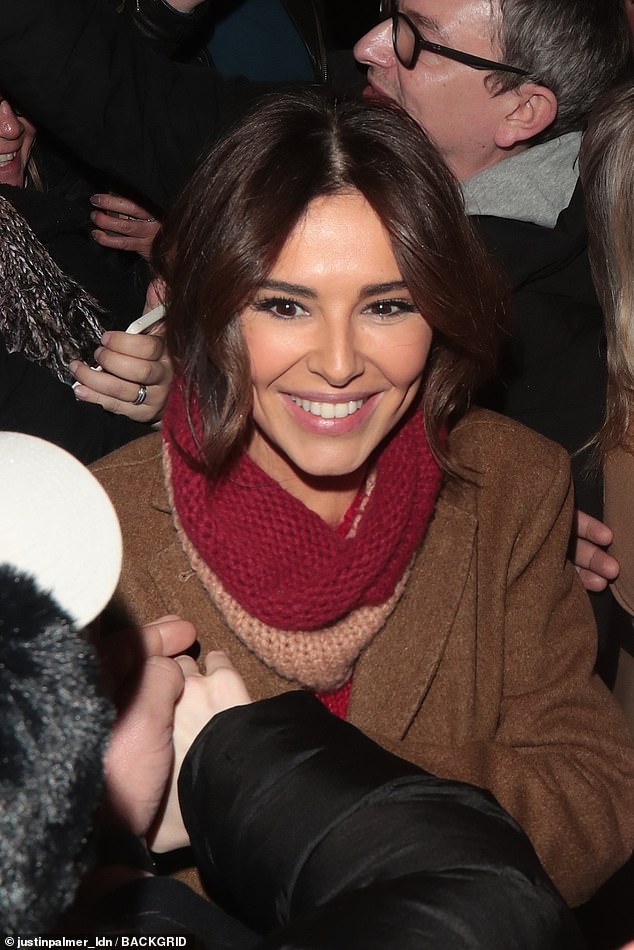 New adventure: Cheryl, 39, appeared to be in good spirits when she left The Lyric Theatre on Wednesday night 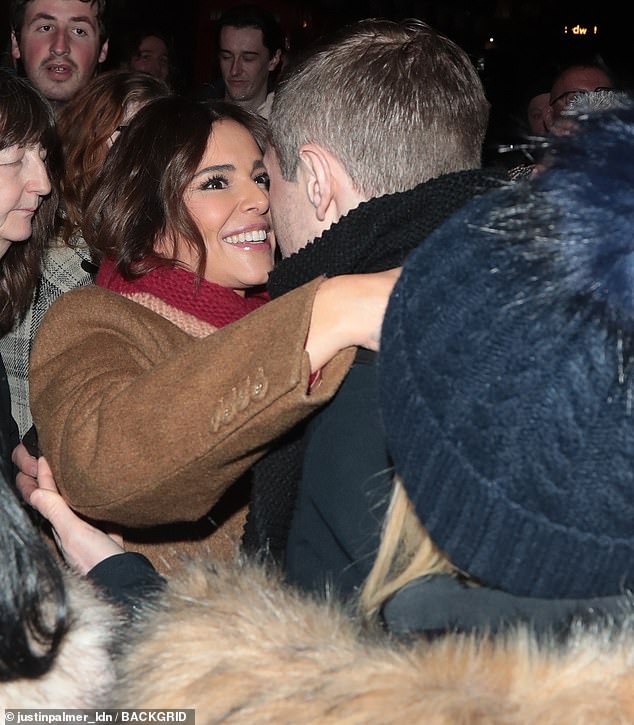 Happy: The star grinned as she greeted and waved to fans, blowing kisses and making a heart sign with her hands

Cheryl cut a casual figure as she left the theatre, sporting a red jumper paired with brown trousers.

Completing her look with a red scarf, the celeb wore her brunette locks in a loose up do.

She went for a casual makeup look, sporting a pale pink slick of lipstick after an evening playing Jenny, who believes her new home is haunted but her husband Sam remains skeptical.

In the play, they argue with their first dinner guests, old friend Lauren and new partner Ben and decide to stay awake until 2.22am to discover the truth. 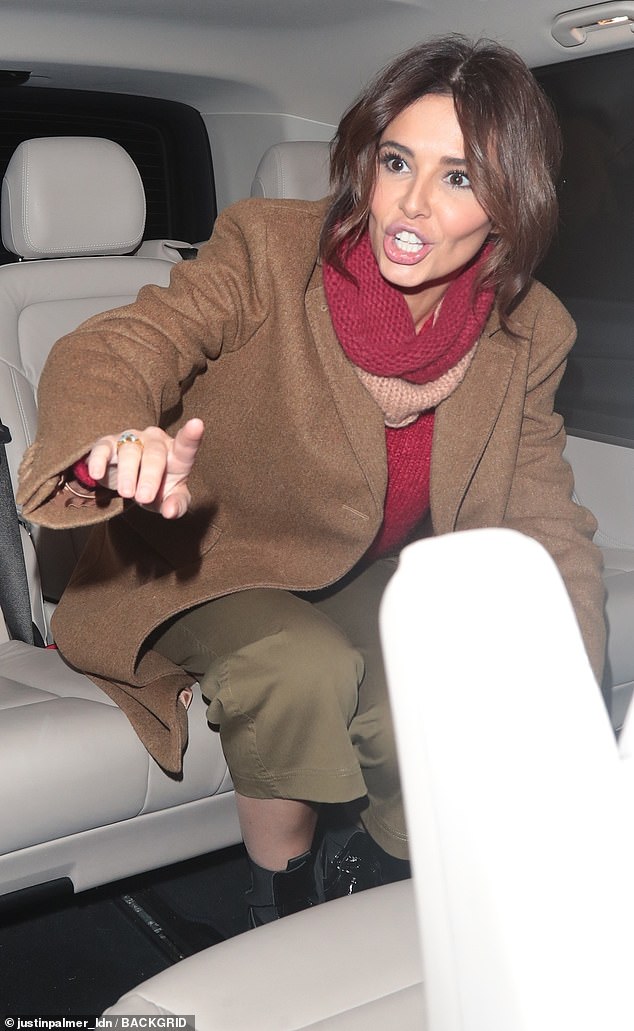 Casual: Cheryl cut a casual figure as she left the theatre, sporting a red jumper paired with brown trousers 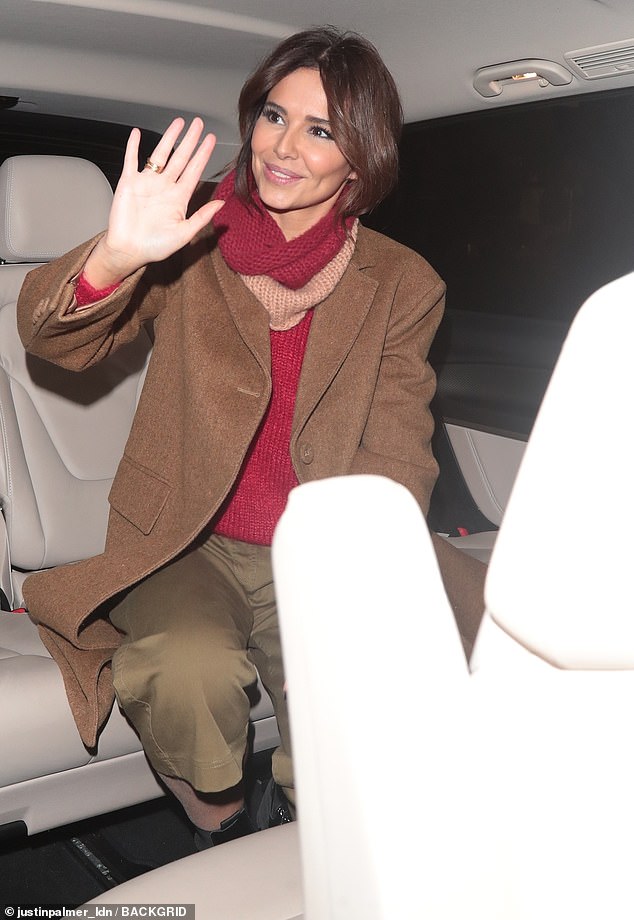 Waves: Completing her look with a red scarf, the celeb wore her brunette locks in a loose up do.

It comes after fans joked that Cheryl ‘blessed’ a lucky audience member by ‘soaking’ her with wine during her ‘incredible’ performance in 2:22 A Ghost Story on Sunday night.

The star kicked off her three-month stint as Jenny in the West End play on Saturday night and was met with rave reviews.

Her debut in the role, which has also been played by Olivier nominee Lily Allen, Laura Whitmore and Giovanna Fletcher, also prompted a lot of conversation on social media. 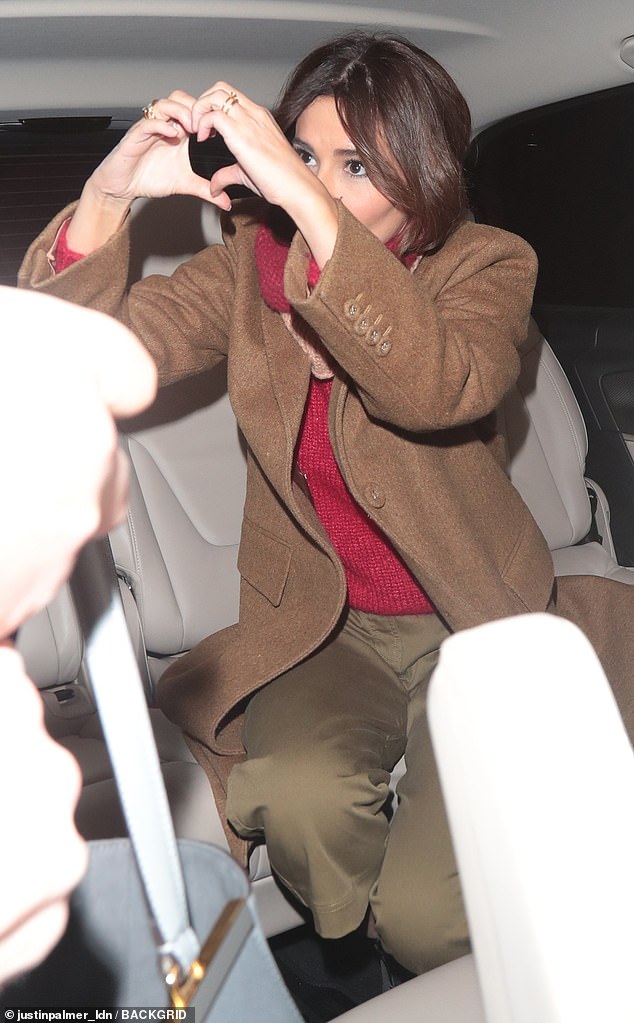 Heart: She went for a casual makeup look, sporting a pale pink slick of lipstick after playing Jenny, who believes her new home is haunted but her husband Sam remains skeptical 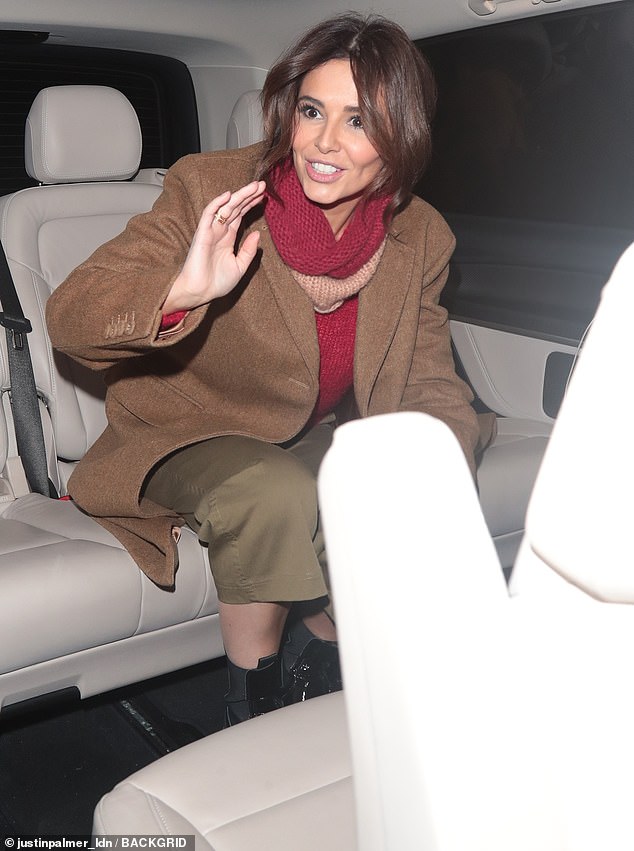 Smiles: Cheryl looked happy and relaxed after she left the theatre in London on Wednesday night

One fan took to Twitter to reveal that they had been ‘soaked head-to-toe’ during Cheryl’s second night on stage, with fans joking that the star had ‘blessed’ her.

The audience member saw the funny side as she explained that as part of the thriller play, Cheryl had to knock over a glass of wine off the stage and into the front row.

She said she ended up ‘soaked’ as the wine spilled across her jeans, before adding that she had previously been splashed in the same moment when Mandip Gill played Jenny.

She jokingly tweeted: ‘Just been soaked head to toe with wine. Thanks Cheryl xo’ 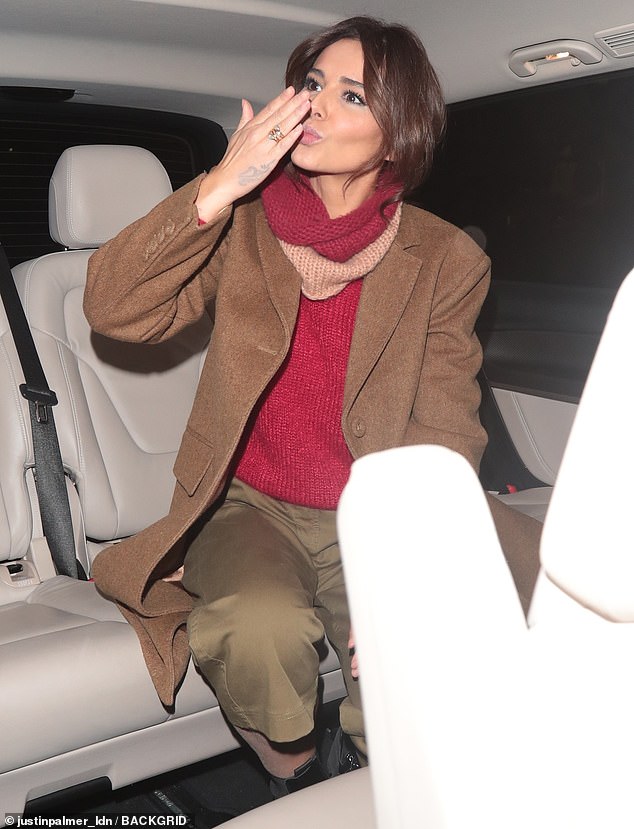 Kisses: She also blew kisses at her fans as she prepared to drive off from the theatre after the show

When asked what happened by a fan, she explained: ‘Cheryl knocks over a glass of wine during the show (it’s meant to happen) and she practically poured the whole glass right over me, it puddled it my jeans and I was sat soaked for the rest of the show.’

‘She knocks wine over and it goes on someone in the front row. Just so happened i got soaked this time around,’ she added.

Speaking about when she last saw the show, she continued: ‘I saw the show when Mandip was Jenny so I knew it was coming but I didn’t expect so much to hit me.’

Seeing the funny side of the moment when replying to another Twitter user, she said: ‘Honestly I couldn’t stop laughing. Even if I am sitting in wet clothes now.’ 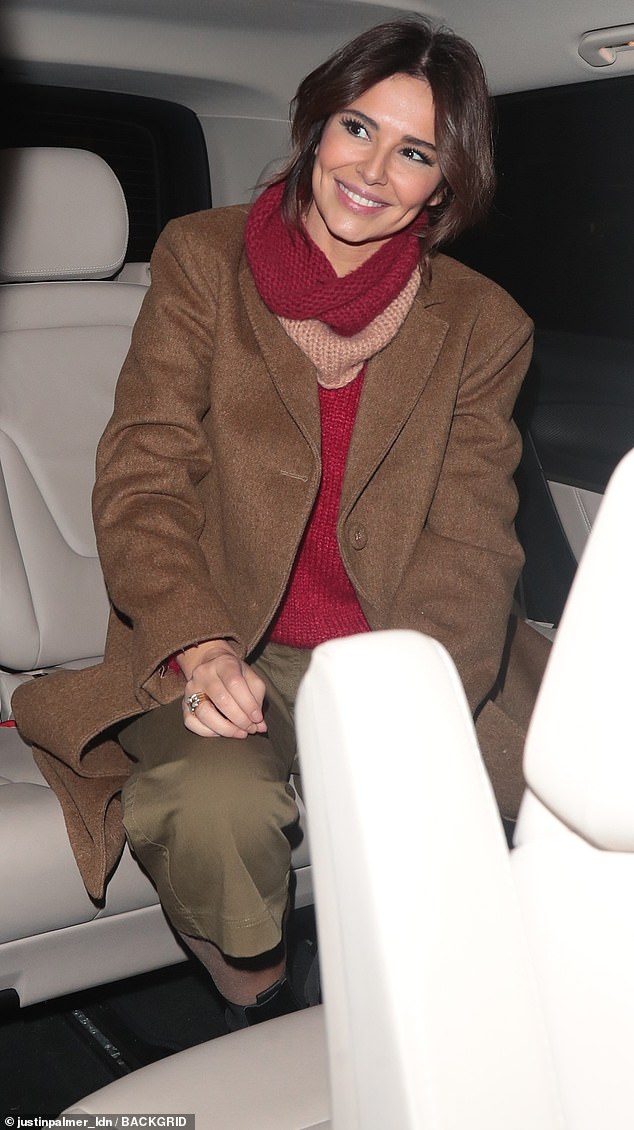 Content: The star, who was wearing a few rings with her outfit, grinned as she looked out of the car

Una Healy, 41, made her 662,000 Instagram followers green with envy on Friday as she shared a reel of her holiday antics in...
Read more

The Congress on Saturday questioned the government's statement that India will be in a position to vaccinate all of its adult population against...
Read more

Heidi Klum opens up about experience in THAT Halloween worm costume

Heidi Klum opens up about the big plans her husband Tom Kaulitz is making for her upcoming 50th birthday, as well as what...
Read more

Louise Thompson reveals she has undergone an operation as she details...
Read more

Have  you ever wondered how the most successful businesses in the world got to where they are today? Many of them have one thing...
Read more
Business

GT350 Heritage treatment a few years back. GT500 Heritage models will also be available in the Brittany Blue shade with a choice of Wimbledon White or Absolute Black racing stripes.
Read more