Cheryl has revealed she’s no longer set on having a second child because of the state of the world.

The 39-year-old singer shares son Bear, five, with her ex-boyfriend Liam Payne, 29, and revealed in 2020 that she would use a sperm donor to have a second child.

However, speaking exclusively to MailOnline, the new star of West End show 2:22 A Ghost Story, said that her attitude has changed post-pandemic and now that there would be a bigger age gap between her children. 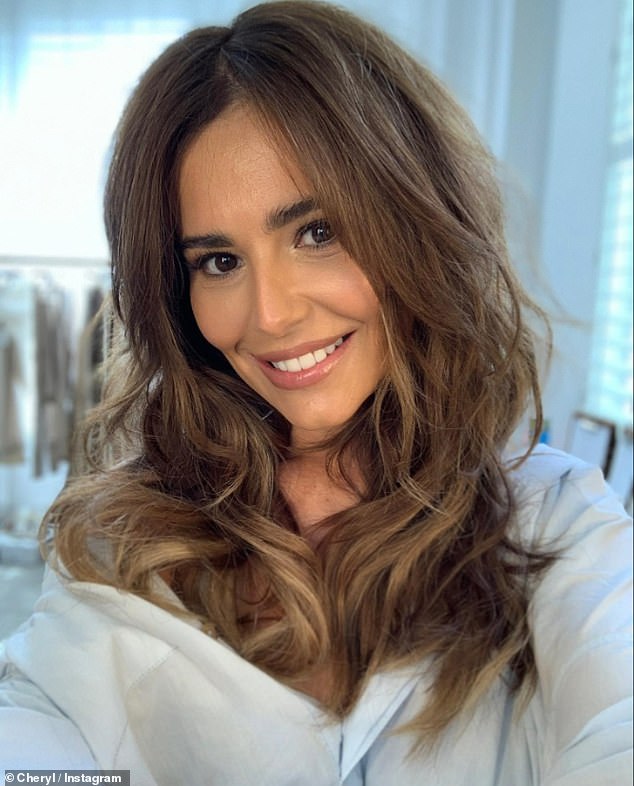 ‘Is it sensible to bring another baby into this crazy world?’: Cheryl, 39, has admitted she’s considered adoption but is no longer set on having a second child

Cheryl explained: ‘I was so hell bent on having another before because Bear was at that perfect age. I think if you have that couple year age gap, you can still do things with them together where they’re both engaged and both interested.

‘Now that the pandemic happened in the in the meantime, and there’s such an age gap, and I’m a bit older. I’m not so sure, honestly.’

Yet she didn’t rule out other methods of caring for children, noting: ‘maybe adoption. I just love babies and children and I’d do anything to help or have another one around but it’s not as prevalent anymore.

‘Also in the process of the pandemic I looked around at the world and thought this world is a bit crazy. Is it a sensible idea to bring a soul into all into this madness?’ 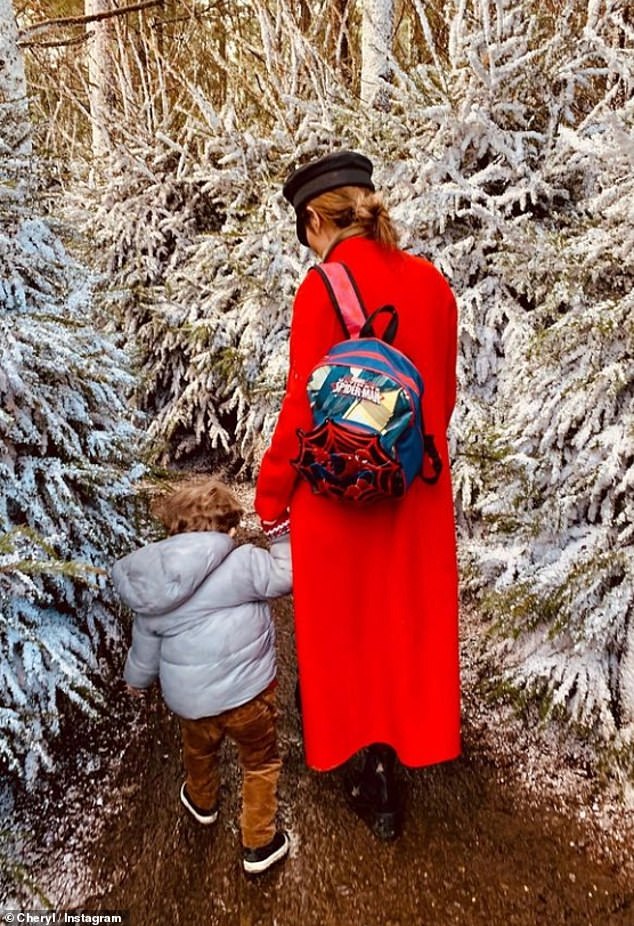 Doting mother: The 39-year-old singer shares son Bear, five, with her ex-boyfriend Liam Payne, 29, and revealed in 2020 that she would use a sperm donor to have a second child

For now, Cheryl’s focus is purely on Bear, who will celebrate his sixth birthday in March.

Discussing their plans for the day, she revealed: ‘I’m gonna spend it with him and he is very headstrong so he will let me know what we’re going to be doing!

‘So we’ll have to see what he’s got on the cards for that. I’m sure it’s something that will cost me a lot of money, whatever it is!’

While he is still young, Cheryl has been ensuring her son’s privacy is respected, opting not to show his face on social media.

The Fight For This Love hitmaker revealed she tries to keep Bear away from the internet but confessed that her little one does love going on YouTube and has become ‘obsessed’ with the viral Wednesday dance craze started by the Netflix series.

While Cheryl treads the boards with her new role in 2:22 A Ghost Story she won’t be around in the evenings for Bear’s bedtime routine.

‘It’s bizarre,’ she confessed. ‘I’ve been doing that for almost six years. So that’s a bit strange.’

Yet she admitted she had been ‘blessed’ by the timings of the Covid lockdowns in 2020 which had allowed her to spend more quality time with her son.

She confessed: ‘I think I enjoyed the lockdown a little bit too much. Bear was just turning three and was at that perfect stage where he knew how to talk back. It was a really precious  age for him.

‘I’m really blessed to be able to have that time just me and him. So I think I just enjoyed those couple years a little bit too much.’ 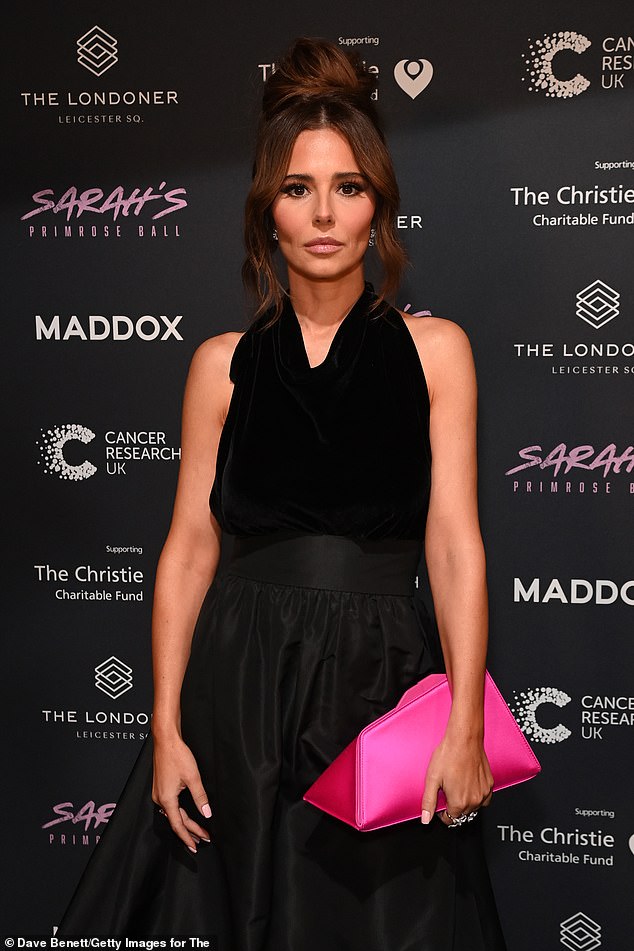 Cheryl revealed: ‘Now that the pandemic happened in the in the meantime, and there’s such an age gap, and I’m a bit older. I’m not so sure, honestly’

Cheryl’s next move is her West End debut, taking over from Laura Whitmore with the role of Jenny in 2:22 A Ghost Story.

The singer previously played herself in Hollywood movie What To Expect When You’re Expecting and had a small role as a cutthroat music agent in 2020 film Four Kids And It.

‘A few people have said they wouldn’t expect this from me,’ she revealed. ‘But for me it doesn’t feel that far removed.

‘I think we like people to be in their little box where we know where to find them and we know what we’re going to expect. And when someone does something different, you’re like, “Oh”.

The play follows Jenny, who believes her new home is haunted but her husband Sam remains skeptical.

They argue with their first dinner guests, old friend Lauren and new partner Ben and decide to stay awake until 2.22AM to discover the truth.

Lily Allen was the first to take on the role of Jenny when the West End play opened in the summer of 2021. The singer earned rave reviews and a Best Actress nomination at the Olivier Awards.

Giovanna Fletcher, Mandip Gill and Laura Whitmore have since taken on the role.

Cheryl revealed her offer was unexpected as she was asked about the role after meeting with the playwright Danny Robins for a separate issue. 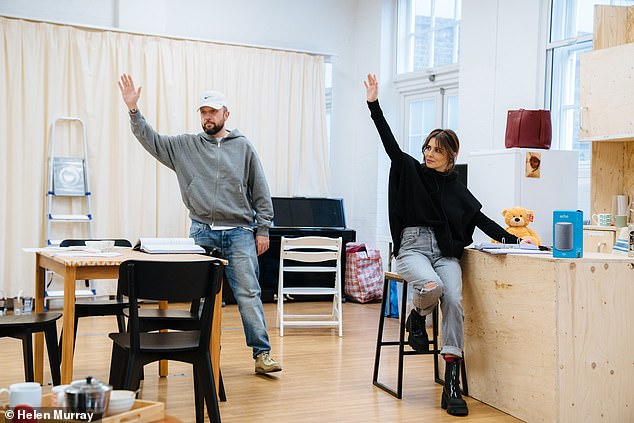 New role: Cheryl’s next move is her West End debut, taking over from Laura Whitmore with the role of Jenny in 2:22 A Ghost Story

Yet she doesn’t feel any pressure going in as fifth star of the show, explaining the director encouraged her to interpret the character in her own way.

Admitting that she could soon take on more acting roles, she added: ‘I have thoroughly enjoyed it.

‘I think going forward, it would have to feel like this just felt right. It felt like something I could do and was excited to do.’ 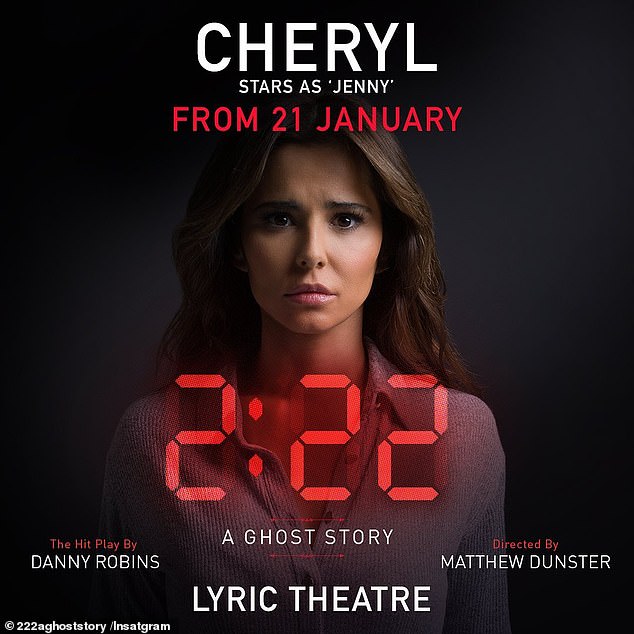 One to watch: Cheryl joins co-stars Hugo Chegwin, Louise Ford and Scott Karim in 2:22 A Ghost Story running at the Lyric Theatre until April 23

ADVANTAGES OF FOREX CARDS AND THEIR BENEFITS FOR TRAVELERS

Are you a person who travels abroad frequently? Planning your trip well in advance can make things a lot easier. People spend significant time finding the best hotels, airline tickets and building the best possible itinerary for their trip.
Read more

The Internet is a very powerful tool for social change. Because it can motivate people to fight for the right cause. It helps people...
Read more

Know Why should You Visit Mahabaleshwar 2022?

Once popular and really known as the summer capital of India in the British Raj, this splendid hill station of Mahabaleshwar has a much to offer than you can even think of.
Read more

An Introduction to 5G Networks and IoT

What is IoT? IoT stands for “Internet of Things”, which describes a system of physical devices that are connected through the Internet. These...
Read more

Binance customers endured a lengthy period in which they were unable to withdraw sterling, marking a significant outage for the crypto exchange that...
Read more

﻿﻿General Vs Nashville Family Dentistry– Which One to Choose?

Choosing the right dentist is a big decision as you want someone who makes you comfortable and welcome. Also, if you have a family,...
Read more
Real Estate

Determining the Best Methods for Renting Your London Property

When you own property in one of the most coveted real estate markets like London, there can be a variety of different issues that...
Read more
Business