Cheeky Ashley Roberts jokes that she looks like the aubergine emoji

Ashley Roberts was clearly feeling in a playful mood when she stepped out in a purple ensemble to head to work at Heart FM on Monday.

The 41-year-old Pussycat Dolls star teamed an off-shoulder top from Reiss with matching flares and joked on social media that she looked like the aubergine emoji, which is often used as suggestive icon due to its phallic appearance.

She completed her look with lilac shoes and draped a camel coat over her shoulders to leave work, carrying her belongings in a white Balenciaga handbag. 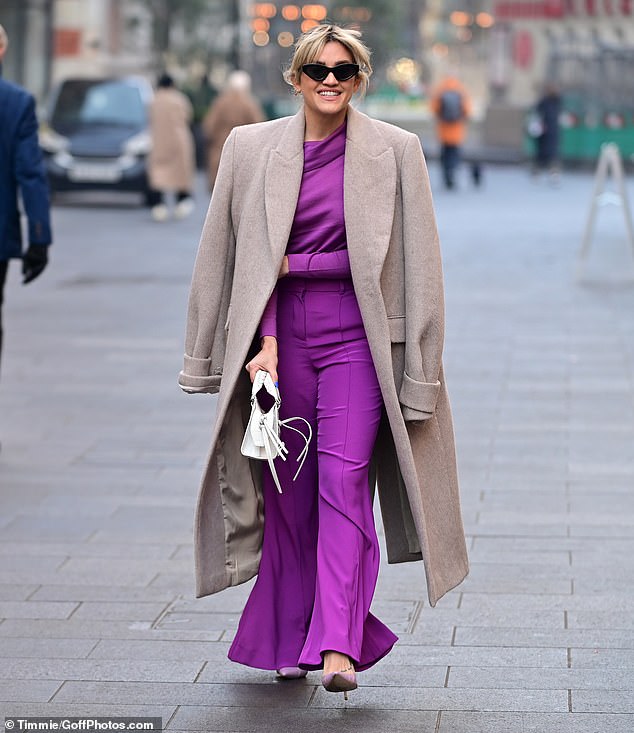 Cheeky: Ashley Roberts joked that she looks like the aubergine emoji as she left Heart FM while wearing purple flares on Monday morning

Ashley has been busy working on her health and fitness and also took to social media to share a picture of her gym-honed abs in a sports bra and leggings.

The star has had a lot on her mind of late as a fan called Lewis Langley, 47, was found not guilty of stalking her on Thursday.

Defence lawyer Mr Hesham Puri had previously summarised by saying it is not disputed that Langley blew kisses or attended her workplace as had been claimed. 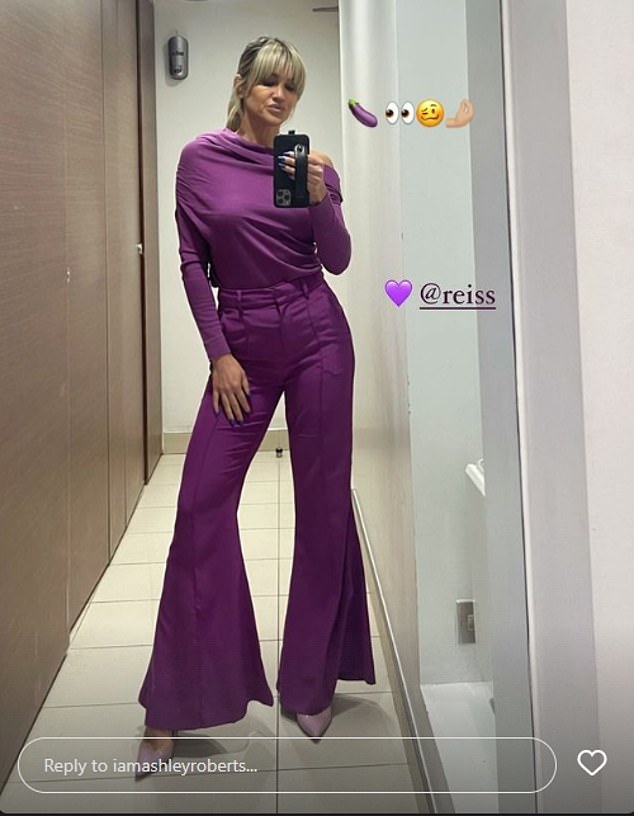 Making jokes: She shared a picture of her full look from inside the studios as she made the cheeky reference 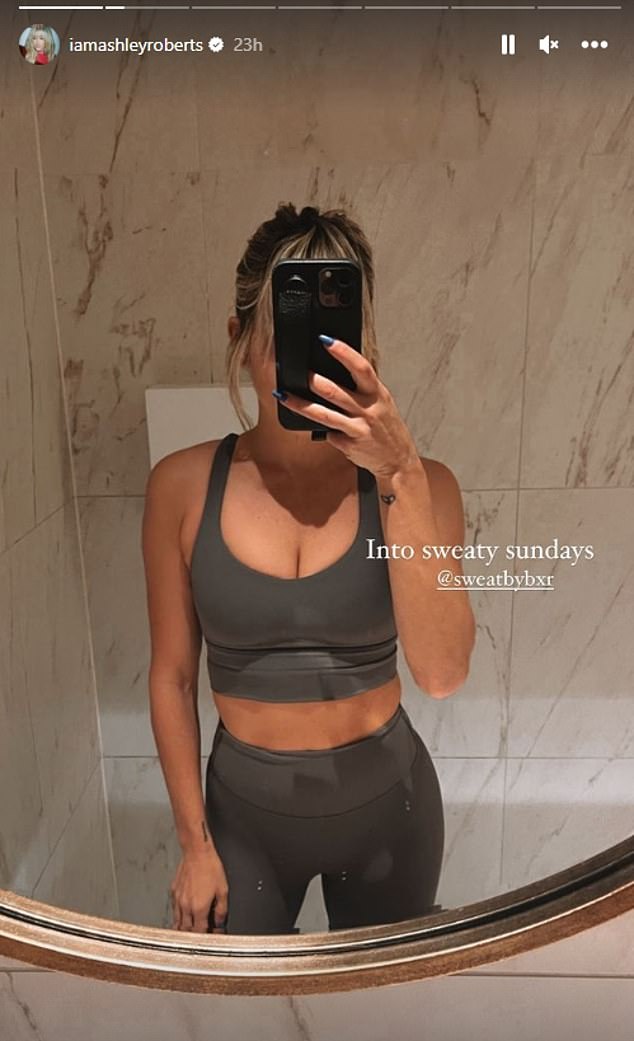 But he argued that, while his behaviour was odd, it was not enough to cause her serious distress.

Mr Puri said Langley’s behaviour was ‘unattractive, irritating’ but did not cross the threshold into being ‘oppressive’.

However, Langley was given a restraining order not to directly or indirectly contact Ashley. 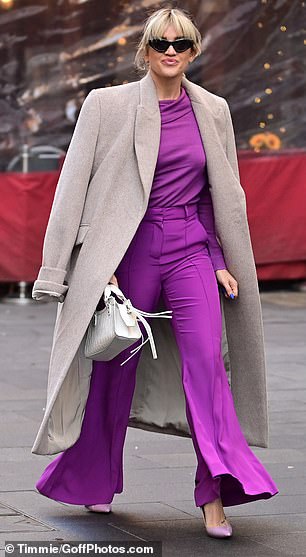 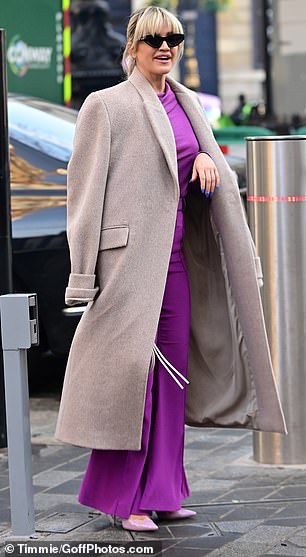 Details: She completed her look with lilac shoes and draped a camel coat over her shoulders to leave work, carrying her belongings in a white Balenciaga handbag 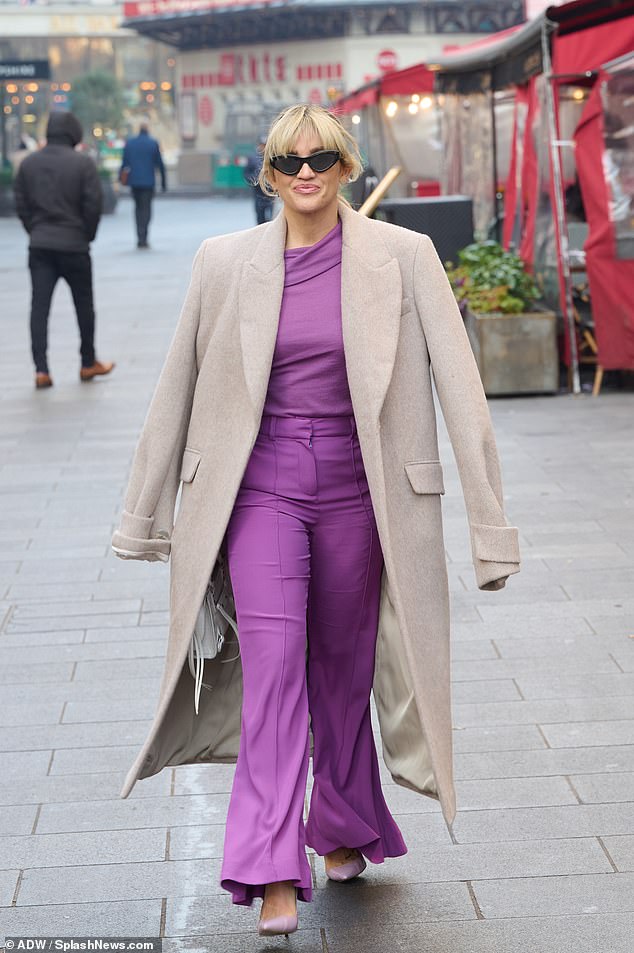 She’s got it going on: Ashley treated the pavement like her very own catwalk for her trip outside

And he was also ordered not to go within 50 metres of Global International in Leicester Square.

Langley is said to have regularly ‘loitered’ outside the Heart Radio DJ’s office building in Leicester Square, central London.

On one occasion in October last year, he allegedly followed the former Strictly Come Dancing star as she left to get into her waiting car before blowing kisses at her through the window.

He is said to have regularly attended the DJ’s workplace early in the morning as Ms Roberts arrived, during a stalking campaign between May and October last year. 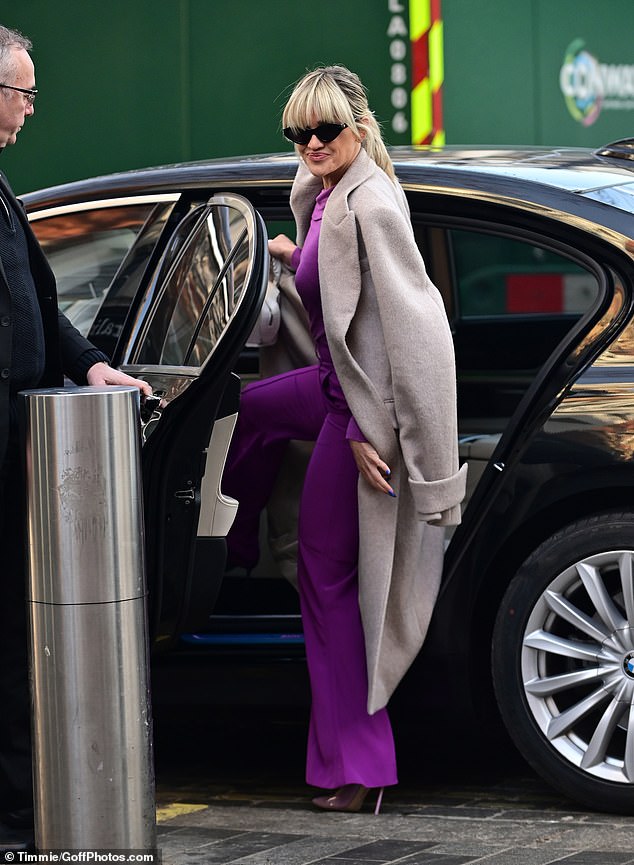 On her way: She soon stepped into a waiting car after her stint on the radio came to a close

He was known by Global Radio security guards as ‘the martial artist’ because of his habit of performing exercise routines including high kicks, jogging on the spot and diving headers.

Ms Roberts told the court she ‘didn’t feel safe’ and was left ‘looking over my shoulder’ after being targeted by Langley.

Langley, of Thornton Heath, south London, told police he was in a relationship with Ms Roberts, with whom he had made arrangements over social media, but she was ignoring him.

Langley was arrested in August last year, when the police told Ms Roberts he had mental health issues and believed he was in a ‘romantic relationship’ with her, the court heard.

He was detained under the Mental Health Act but began returning to Ms Roberts’ workplace in October last year.

Appearing by video-link, the Pussycat Dolls singer told how she felt ‘very uncomfortable’ about his behaviour.

‘I didn’t feel safe,’ she said. ‘(His) behaviour – staring, smiling, giggling to himself, blowing kisses, it made me feel uncomfortable.’

Ashley said security measures were stepped up as a result of Langley’s actions and she is now escorted to and from her car.

Prosecutor Alex Alawode said: ‘The defendant believed he was in a relationship with Ms Roberts, being a former member of girl band Pussycat Dolls and currently a radio DJ in central London.’

He said Langley would attend the radio studio at around 6am as she arrived and would wait nearby until she left work.

‘The defendant was captured on CCTV on a number of occasions and was seen performing exercise routines outside the building by way of high kicks or running,’ Mr Alawode said. 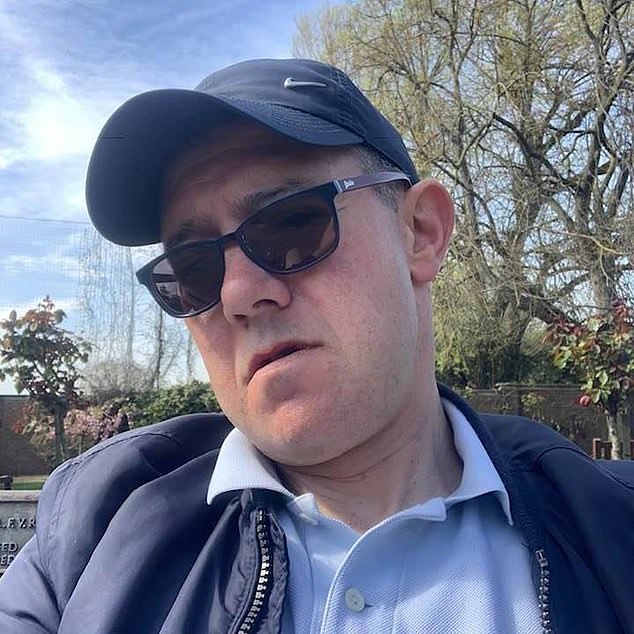 Trial: It’s been a tough time for Ashley – Lewis Langley, 47, was found not guilty of stalking Pussycat Dolls singer Ashley Roberts on Thursday

and BioNTech said they would seek authorization for a third dose of their Covid-19 vaccine to boost its efficacy as the Delta...
Read more

Opinion: You SHOULD Care About Being Tracked by Google

October 28th 2021 new storyFor many developers, landing a job at Google would be the pinnacle of their career. But Google...
Read more

I’m Not a Pilot, but I Just Flew a Helicopter Over California

CAMARILLO, Calif. — On a recent Wednesday afternoon, I flew a helicopter over Ventura County, just north of Los Angeles.I took off from...
Read more

Serious gamers own a PlayStation or an XBox. Hence, game designers are at an advantage because of several avenues and opportunities opening up.
Read more

How to Stop Wage Garnishment in 5 Easy Steps

If you have been served with a garnishment order, it can be a scary and confusing experience.
Read more
Business

Cooler Bags – The Best Token of Appreciation for Your Loyal Employees

For the past 20 years, Employee Appreciation Day has been celebrated in several countries on the first Friday of March. This day is quite...
Read more
Business

Is the Asphalt Business Profitable?

Building a business is complicated, let alone venturing into the construction or engineering industry. The Asphalt business is indeed tricky. But it is said...
Read more