BTS star Jimin cut a stylish figure when in Paris this week.

The 27-year-old performer from South Korea – not to be confused with BTS star Jin – was seen at the Dior Homme Menswear Fall-Winter 2023-2024 show as part of Paris Fashion Week in France.

In a gray turtleneck and matching suit with lace-up boots, the artist looked ready for his fashion closeup as he joined his 28-year-old bandmate J-Hope. 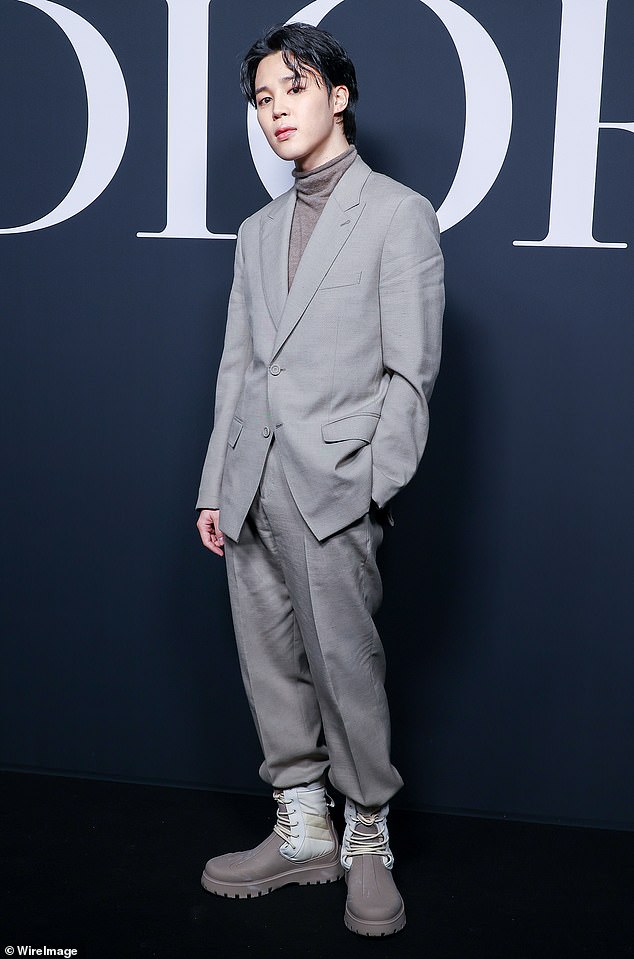 J is for jammin! BTS star Jimin cut a stylish figure when in Paris this week 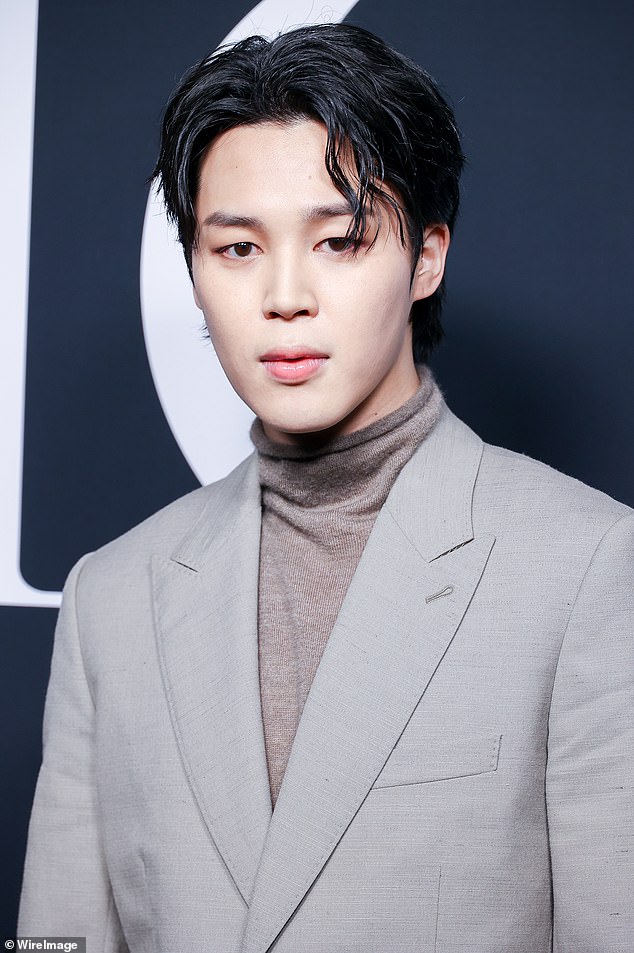 Dior dude: The performer was seen at the Dior Homme Menswear Fall-Winter 2023-2024 show as part of Paris Fashion Week in France

The star wore his hair short with bangs in his eyes as he mustered up several moody cover boy stares while on the black carpet.

it is unusual to see Jimmin and J-Hope at fashion events as they are usually working so hard on their music.

But they have had time now to branch out and have some fun for a change. 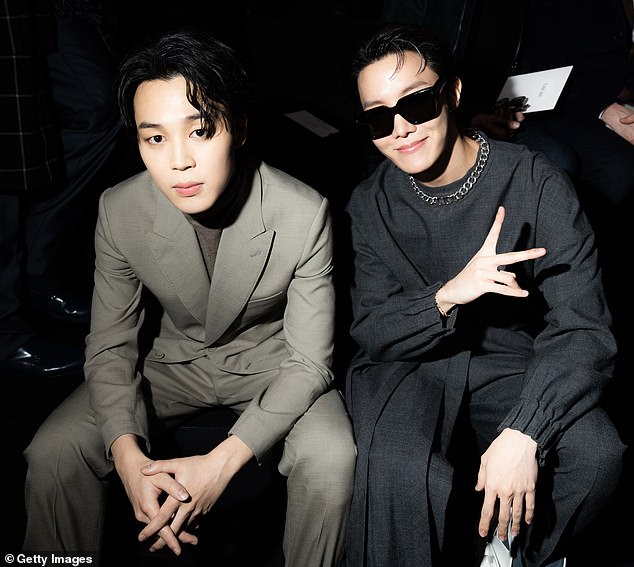 Peace out, BTS style: Also with the band member was his BTS bandmate J-Hope

A Stormtrooper vibe: J-Hope had on shoes that looked like the belonged to the soldiers from the Star Wars franchise

In June, the massively successful K-Pop boy band BTS announced they were going their separate ways for now.

The popular South Korean band shared that they are on ‘temporary hiatus’ to purse solo careers, but they promised to ‘return someday.’

They announced the news during their annual FESTA dinner which celebrates the band’s nine years together as bandmember RM said it was time for them to work on their own.

Several of the members broke down in tears during the Festa video as they talked taking time off to ‘grow.’ 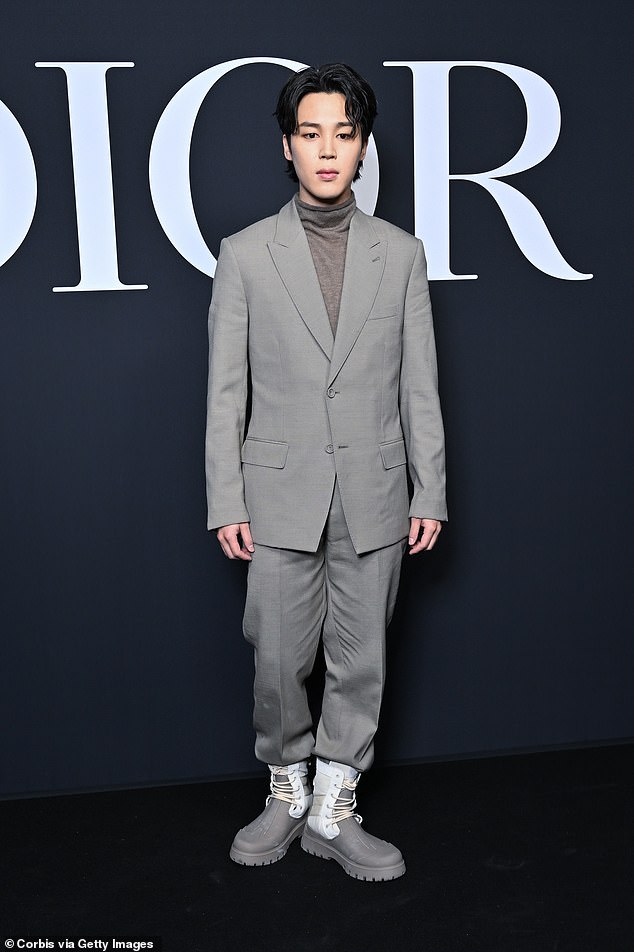 Moody grays: The star wore his hair short with bangs in his eyes as he mustered up several moody cover boy stares while on the black carpet

In 2021, the group’s management company Big Hit Music said in a statement: ‘We would like to inform you that BTS is planning to take a second official extended period of rest since their first in 2019.

‘BTS stayed active in order to engage with fans in 2020 and 2021 amidst the Covid-19 situation, and achieved dazzling results to cement themselves as top global artists.’ 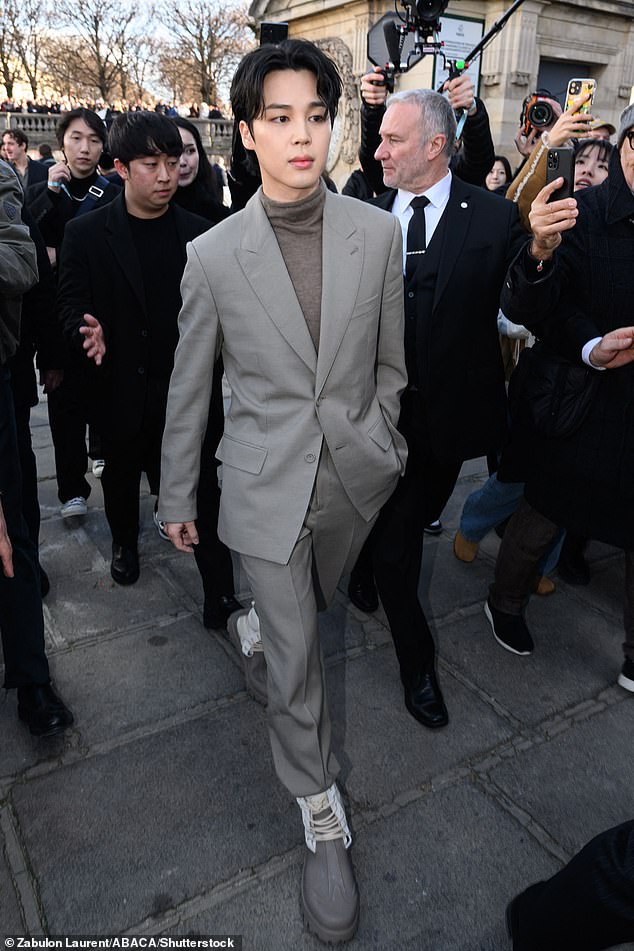 On a break: In June, the massively successful K-Pop boy band BTS announced they were going their separate ways for now

In 2019 it was also announced the band needed some time.

‘This period of rest will be an opportunity for the members of BTS, who have relentlessly driven themselves towards their goal since their debut, to recharge and prepare to present themselves anew as musicians and creators,’ it was shared at the time.

‘This will also provide them with a chance to enjoy the ordinary lives of young people in their 20s, albeit briefly.’ 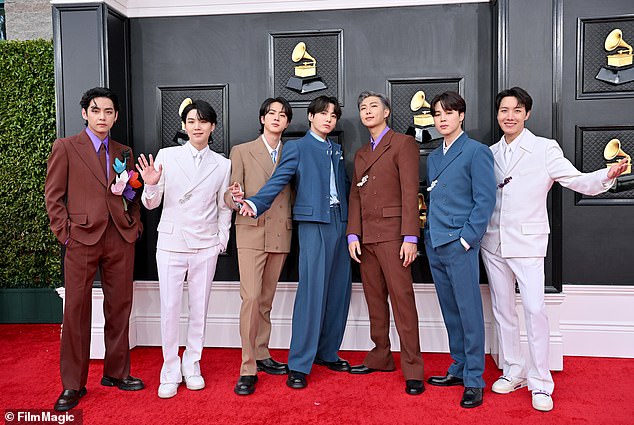 They used to always be together: The popular band members are seen in April at the Grammys

For boyband fans, the announcement may feel familiar.

In 2015 One Direction said were going on hiatus so they could pursue solo projects, but have not reformed.

Other boy bands that have split and not gotten back together are 98 Degrees and the Backstreet Boys, though the latter did go on a reunion tour.

On Friday the group released its latest album Proof, a compilation pairing some of their biggest hits with rarities and unreleased songs.

Accompany the new hits package was a video for the newly released single Yet To Come (The Most Beautiful Moment), which features the members in a serene desert setting. 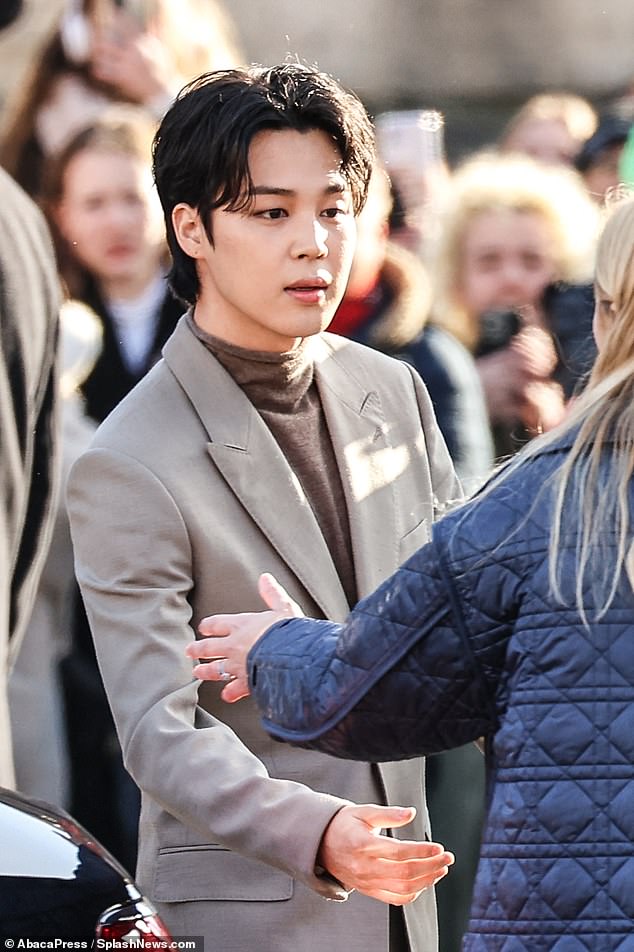 So many people in his team: Here a woman reaches out to the BTS star as he makes his way into the Dior show

The cover for BTS’ new album features the group’s logo, two trapezoid’s shaped like half-open doors, though they were flanked by several more abstract white shapes against an all-black background.

‘The BTS anthology album that embodies the history of BTS will be released as they begin a new chapter as an artist that has been active for nine years to look back on their endeavors,’ read a statement released by BTS’ management group Big Hit Music last month.

‘The anthology album Proof that consists of three CDs includes many different tracks — including three all-new tracks — that reflect the thoughts and ideas of the members on the past, present and future of BTS,’ it concluded. 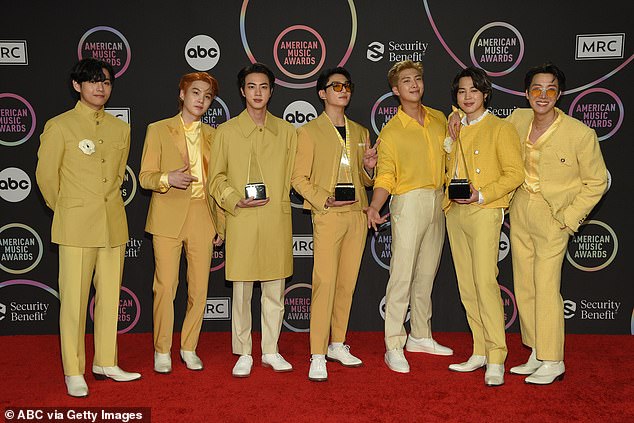 Award winners: Seen at the American Music Awards in November 2021 in Los Angeles

Why You Should Use an SEO Content Writing Service

Hi there! This is Michael William. I am a Student, Home-Maker, Freelancer. I love to Blogging, Calligraphy. I would love to connect with everyone here. On a relaxing Sunday afternoon, you will find me... Think we can be great friends? Send me a request!
Read more

Why does powdered formula expire?

Digital patient forms have many benefits for the user as well as the provider. Veerchual is offering this service to hospitals at an affordable cost.
Read more
Business

Learning how to choose stocks to invest in is a good place to start when learning about investing in general. When it comes to...
Read more
Business

The Laundry Basket Life is a comprehensive guide that will teach you everything you need to know about the laundry basket. You will learn...
Read more