Brent crude oil hit $70 a barrel on Tuesday, reaching the highest level in two months in a broad commodities rally that has stoked worries about inflation.

The international oil benchmark, which slumped below $20 a barrel last April as Covid-19 lockdowns hammered fuel demand, is now comfortably back at its pre-pandemic level as traders bet oil demand will rise later this year.

The rollout of vaccines in developed countries and the tapering of restrictions is expected to lead to a surge in international travel and a pick-up in the wider economy, while concerns about long-term supplies of commodities such as copper and oil have intensified.

Despite Tuesday’s rally fizzling, both Brent and WTI are up about a third for the year-to-date.

“The euphoria is reflected in the general belief that the economic revival will be soon coupled with oil demand recovery,” said Tamas Varga, an analyst at PVM oil brokerage in London.

He cautioned, however, that the recovery still faced headwinds such as the emergence of the coronavirus variant first identified in India.

The recent gains in the oil price can be partially attributed to concerns that long-term oil supplies may not keep pace with rebounding consumption in the coming years, as international oil companies scale back investments in future production because of environmental concerns.

Long-term oil demand is widely expected to peak within the next decade or so, but that still potentially leaves a period where consumption is expanding while output growth slows.

The International Energy Agency said on Tuesday that all new oil and gas exploration projects must stop from this year if the world is to have any chance of hitting the target of limiting global warming to 1.5C above pre-industrial levels.

While that is only one scenario from the OECD-funded agency, it shows the pressure large oil producers — especially the publicly listed majors such as BP and Royal Dutch Shell — are facing to limit investments in fossil fuel projects. 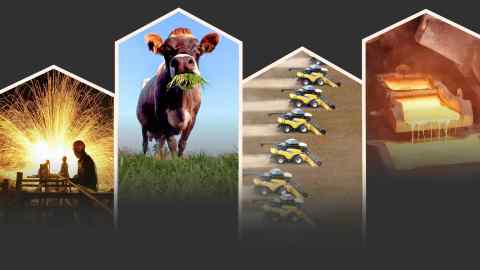 Opec and other large oil producers, which have been curtailing production during the pandemic due to the fall in demand, are starting to add barrels back to the market as consumption improves, but it is unclear whether they hold enough spare capacity should demand start to rise significantly above its pre-pandemic level of about 100m barrels a day.

The IEA acknowledged that “continued investment in existing sources of oil production are needed”.

Energy Aspects, a consultancy, said that Opec and allies such as Russia were first likely to cap production increases from July in a bid to draw down inflated global inventories, but said they did not expect prices to rally much further in the short term.

The recovery in oil demand is still expected to be uneven for the next few months.

“Significant upside to oil prices remains limited this summer as the uneven demand recovery will persist through this year, in part because of low vaccination rates, a strong focus on zero Covid-19 cases and cautiousness about reopening in Asia-Pacific will keep global travel hamstrung until mid-2022,” Energy Aspects said.

Are you considering a career in automotive? It’s one of the best decisions you can make. Industry estimates put the automotive industry’s value at...
Read more

How to Improve Your Office Security This Festive Season

As the end of the year approaches, business owners and managers rush to complete a long list of tasks to start the new year...
Read more

Damian Collins, chair of Parliament’s Online Safety Bill committee, said Zhang, who will appear via video link, will be questioned about “her work...
Read more

How to Deploy a React App to GitHub Pages

This article outlines how to smoothly deploy a React App through Github while avoiding common problems that such a process is likely to...
Read more

The Best Ways to Reduce Your Business Costs

50% of small businesses within us have but a 3 months cash reserve. Cutting business costs is one of the simplest ways to buffer your cash reserves and improve the resiliency of your business.
Read more
Business