Big, bloated… but Margot and Brad’s talkie is a heck of a spectacle: BRIAN VINER reviews Babylon

The late 1920s in Hollywood was a time of bloated, self-indulgent excess. So it is fitting, though of course not deliberate, that Damien Chazelle’s Babylon, starring Margot Robbie and Brad Pitt, is wide open to the same charge.

Chazelle, still only 38, is a writer-director already with some mighty accomplishments to his name. His last three pictures, Whiplash (2014), La La Land (2016) and First Man (2018), picked up no fewer than 22 Academy Award nominations between them. Indeed, La La Land won the coveted Best Picture statuette . . . if only for a minute or two before one of the great Oscars-night gaffes ended in it being handed to the intended winner, Moonlight, instead.

But when everything you’ve touched has turned to critical or commercial gold, there are fewer and fewer people willing to tell you to rein it in, to suggest to you that your drama set during those seismic few years when silent movies gave way to the talkies really doesn’t need to unfold in what feels like real time. 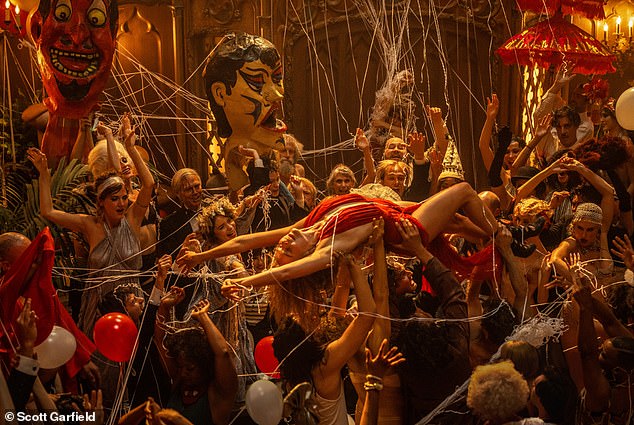 The late 1920s in Hollywood was a time of self-indulgent excess. It is fitting, though not deliberate, that Damien Chazelle’s Babylon is wide open to the same charge

Still, within its three hours-plus, there is lots to enjoy, including a bravura beginning and brilliant end.

Babylon opens in 1926 in Bel Air, now one of the ritziest neighbourhoods in Los Angeles, but then mostly an arid wilderness. A handsome, humble, hard-working Mexican immigrant called Manny Torres (Diego Calva) has been given the challenge of transporting an elephant to a bacchanalian party, setting the scene for one of the more thunderous defecations you are ever likely to see on the big screen.

Strangely, yet strikingly reminiscent of their characters in Quentin Tarantino’s Once Upon A Time In Hollywood (2019), their respective storylines don’t collide much for the rest of the film. But Manny connects them by falling hopelessly in love with Nellie and also by going to work for Jack, tirelessly clambering up the greasy pole to become something of a studio big shot himself.

With Nellie hitting the big time, too, this sounds like a straightforward linear narrative — only Chazelle doesn’t do it like that. A kind of dramatic incoherence sets in, with one visually ravishing set-piece linked only tenuously to the next. 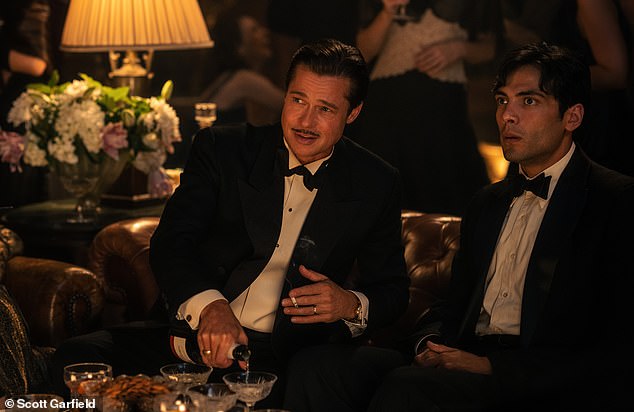 Babylon opens in 1926 in Bel Air, now one of the ritziest neighbourhoods in Los Angeles, but then mostly an arid wilderness 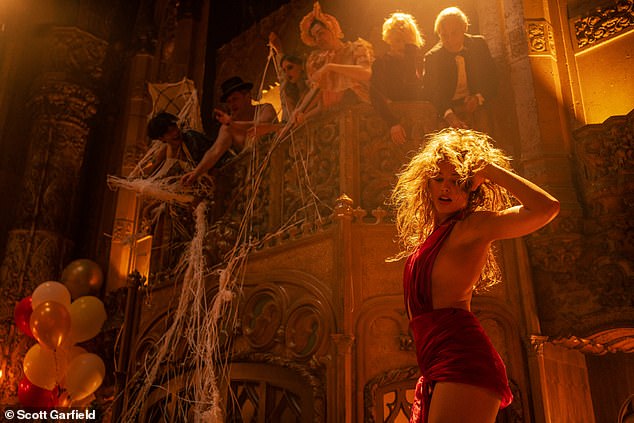 Secondary characters (one played by Olivia Wilde, another by Curb Your Enthusiasm’s Jeff Garlin) come and go, though some are much more compelling than others. A Hedda Hopper-style gossip columnist called Elinor St John (Jean Smart) shares one of the film’s best-written scenes when she bluntly explains to Jack why his star is fading.

And Tobey Maguire makes the absolute most of what is little more than a cameo role as a gangland boss to whom Nellie, a compulsive gambler, owes money. For all the pleasures of these sequences, however, Babylon too often feels like an over-extended sketch show, and ultimately rather less than the sum of its sometimes beguiling parts.

Steven Spielberg has made so many great movies that there’s no stand-out masterpiece, but this heart-rending Holocaust drama is certainly one of his finest achievements.

Chazelle works hard to keep it all rooted in historical fact, with casual references to the likes of Gloria Swanson, Charlie Chaplin and Gary Cooper, and by dramatising the 1927 New York premiere of The Jazz Singer, the first motion picture with fully synchronised sound.

Yet I staggered out trying to shake off not just the onset of cramp, but also the vague, dispiriting sense that I’d just been hoodwinked by the ending into thinking that Babylon is a better film than it is. That ending, without giving too much away, whisks us forward to 1952, when Singin’ In The Rain is playing to a captivated LA audience.

Chazelle uses it adroitly to proclaim his own passion for the medium, not quite as Steven Spielberg does in next week’s treat, The Fabelmans, but by bombarding us with a dizzying montage of images encompassing pretty much the entire history of cinema.

It’s a heck of a spectacle. But it unwittingly encourages the thought that maybe Singin’ In The Rain itself told the story of the advent of talking pictures with a good deal more discipline and charm.

The Netflix film Bank Of Dave (12, 107 mins, ***) is ‘based on a true-ish story’, that of self-made millionaire Dave Fishwick (Rory Kinnear), who overcame the opposition of stuffy London plutocrats to set up his own independent bank in his home town of Burnley, lending money to local people and ploughing all profits back into the community. 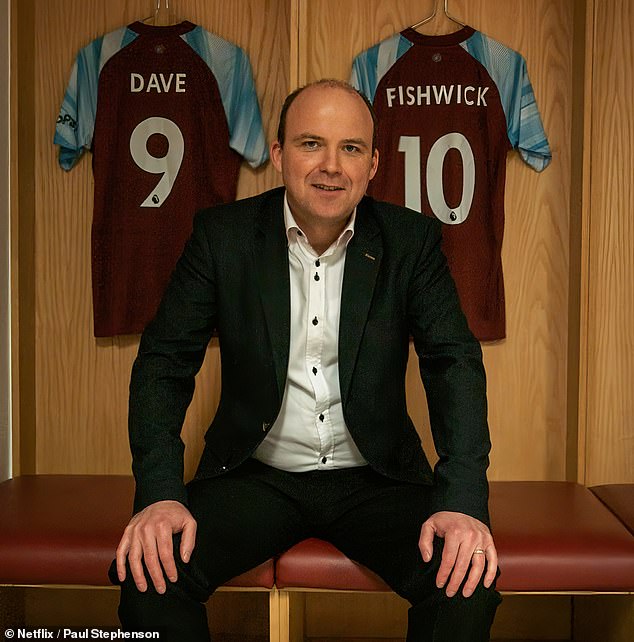 Replace the Cornish pasties with Lancashire hotpot and you have a strikingly similar tale of regional bumpkins triumphing over the metropolitan establishment, right down to the swaggering cove from London falling in love with the pretty local lass.

At first I bridled at some eye-rollingly hackneyed dialogue, as a bright lawyer called Hugh (Joel Fry) is ordered by his boss to travel up to meet Dave and the pair banter as city slickers always do in films like this, with snotty ‘north-of-Watford’ jokes and only vague, pantomime awareness of Burnley… ‘don’t they have a football side or something?’.

Gradually, though, the story and the performances won me over. Kinnear is thoroughly engaging as Dave, and writing as a Lancastrian myself, very nearly nails the accent.

He gets solid support from Fry, and from Phoebe Dynevor as that obligatory winsome local, while Hugh Bonneville enjoys his cameo as a stuffy fat-cat, determined to show that only the ‘right’ sort of people should run banks, not folk with flat vowels. It’s a sweet, uplifting film.

Alice, Darling (15, 90 mins, ****) is anything but. Coercive and controlling behaviour by men towards their female partners has loomed large in the news this week, following the appalling revelations about former police officer David Carrick.

But this film, an auspicious directorial debut for Mary Nighy (daughter of Bill Nighy and Diana Quick), shows us vividly (thanks largely to a terrific performance by Anna Kendrick in the title role, as a woman with a domineering boyfriend) how psychological rather than physical abuse evolves.

Holy Spider (18, 116 mins, ***) brings us back to the physical with a vengeance. It’s a gripping Iranian-language drama based on the true story of a serial killer on a violent religious crusade to clear the streets of prostitution.

I saw it at last year’s Cannes Film Festival and can confirm that it’s not quickly forgotten.

Are you a business owner who needs to get a fire inspection? If so, you've come to the right place. This guide will walk...
Read more

Coronavirus latest: WHO to build ‘BioHub’ in Switzerland for global exchange of pathogens

The number of visits to the UK by overseas residents fell dramatically last year, as coronavirus-induced restrictions dented the ability to travel. Data...
Read more

Zoe Marshall and her husband Benji Marshall have walked down the aisle for a second time. The couple, who married 10 years ago, celebrated the...
Read more

The biggest compliment that you may receive from someone is when he tells you that your home looks wonderful. Anytime you hear that you...
Read more

What Business Values Will Attract The Top Candidates?

When you run a business, one of the hardest elements to get right is staffing. This might come as a surprise to some. After...
Read more
Business

The Dos and Don’ts of New Hire Onboarding

According to research, nearly one-third of new hires will leave their job within the first six months. The high turnover rate can be costly...
Read more
Business