Aaron Carter’s family has claimed he suffered a drug overdose after coroners told them no water was found in his lungs, ruling out drowning as a cause of death.

The troubled singer was found dead in his bathtub in his Californian home at the age of 34 on November 5 after cops responded to a report of ‘drowning’.

But now his fiancée Melanie Martin, 30, and mother Jane Carter are urging officers to investigate an alleged drug deal he made on the night that he died as they believe it could have led him to overdose.

In an interview with TMZ, Martin said she had found text messages on Carter’s phone from a man demanding $800 for an unknown substance. 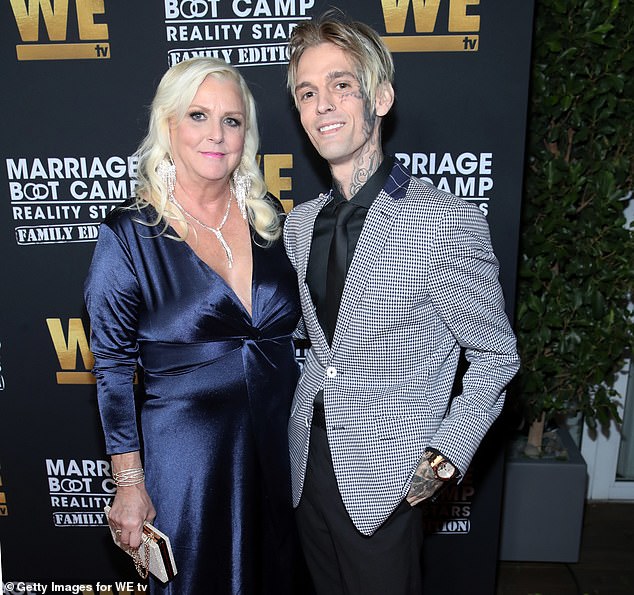 Aaron Carter’s mother Jane, pictured, claims coroners did not find water in the late star’s lungs, ruling out drowning as a cause of death

Carter, who did rehab stints in 2011 and 2017, reportedly replied to the man claiming he no longer needed the substance to which the man responded it didn’t matter as he still owed the money.

He then asked if he was being threatened which is where the messages end.

Martin has submitted the text exchange to the Los Angeles Police Department as evidence.

The bereaved influencer, who recently gained custody of the one-year-old son she shares with Carter, cryptically accused Instagram user @momoh of having ‘gangsters give Aaron supplies’ via Instastory on Monday night. 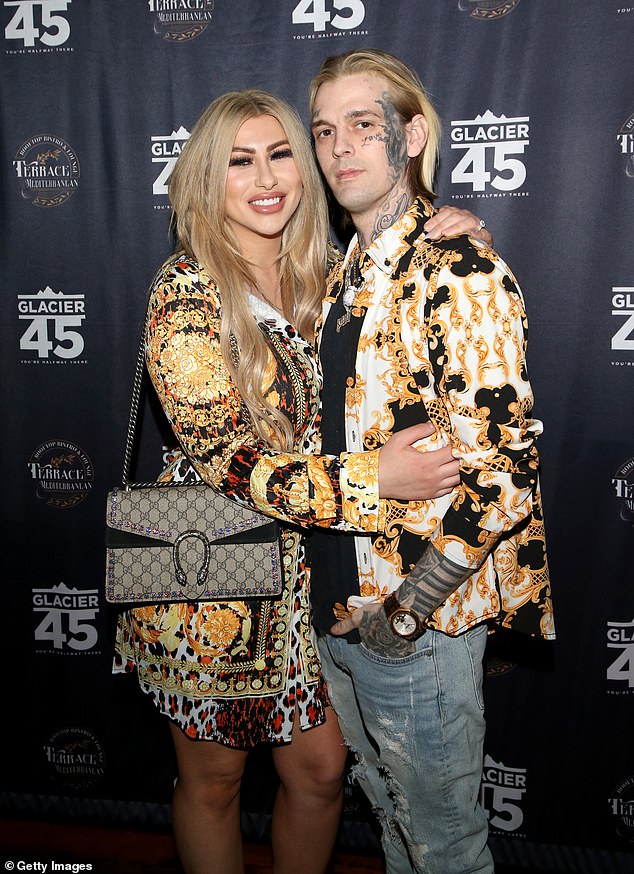 Carter’s fiancee Melanie Martin, 30, pictured, has submitted a text exchange to cops between the singer and a suspected drug dealer on the night that he died

Both Martin and Carter’s mother revealed the L.A County Coroner’s Office had told them no water was found in the star’s lungs meaning he could not have drowned.

They are awaiting the results of a toxicology report to determine what was in his system.

It echoes the way Carter’s older sister Leslie died after she suffered a drug overdose in 2012 when she was just 25 years old.

In the spring, Aaron’s family will travel to the Florida Keys to spread he and Leslie’s ashes.

Officers were called to Carter’s home at 10.58am on the day he died after responding to a 911 call about a report of ‘drowning’. 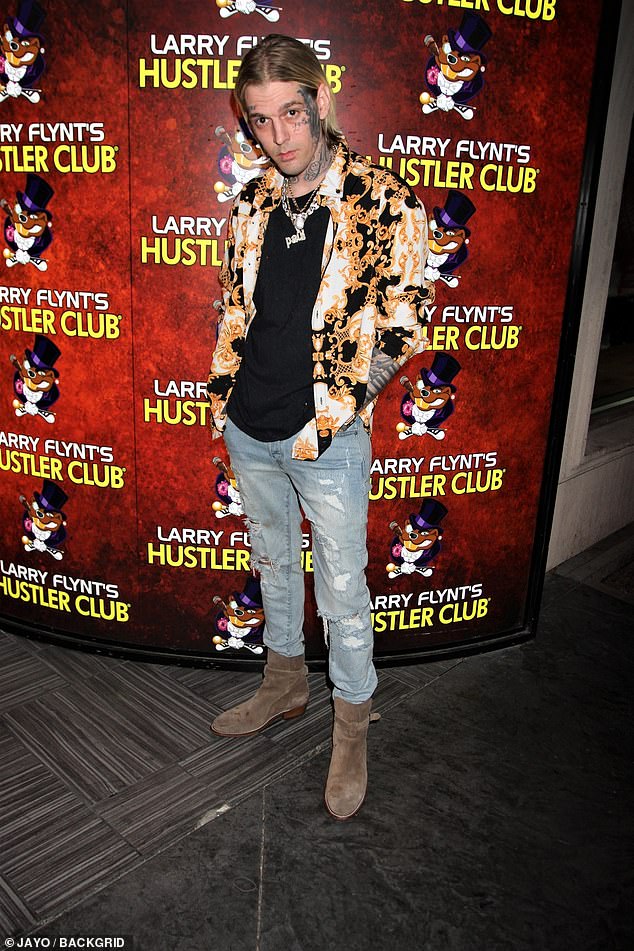 Cops believe his body was in the tub for a long time as there was a smell of decomposition and the water had turned an unnatural color.

The jets in the tub were still running and law enforcement also found multiple cans of compressed air in Carter’s bathroom and bedroom as well as prescription pills.

Carter’s death certificate released in November revealed the singer indicated an autopsy was performed before his body was cremated.

However a cause of death was deferred at the time.

His fiancée has previously told Page Six that Carter ‘didn’t know how to escape his demons’, claiming he would get ‘suckered’ into partying while trying to maintain sobriety.

His brother and Backstreet Boys’ star Nick Carter, from whom he was estranged, previously said of the tragedy: ‘addiction and mental illness is the real villain here.’

It comes as Nick, 42, released a music video Hurts to Love You last Thursday as a tribute to his brother.

Nick is expected to perform the track live at Lance Bass’ sold-out concert Songs for Tomorrow on Wednesday at Heart Weho in West Hollywood.

The event benefits children’s mental health organization On Our Sleeves.

The celebration of life – also hosted by Carter’s twin sister Angel Conrad – will feature performances from members of the Backstreet Boys, members of *NSYNC, O-Town, LFO, B. Howard, Ryan Cabrera, and more to be announced. 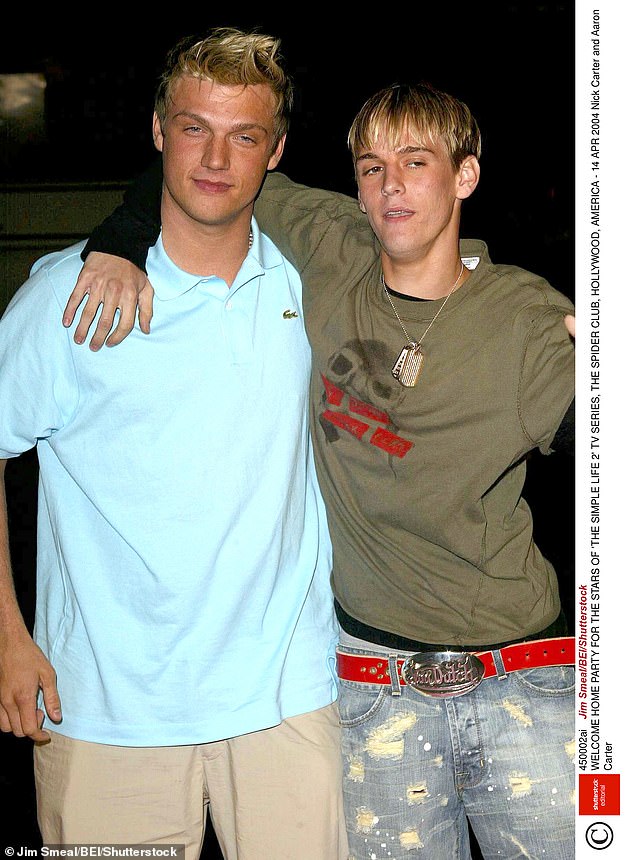 For fans unable to make it to Los Angeles, Songs of Tomorrow will also be livestreamed via https://songsfortomorrow.veeps.com. 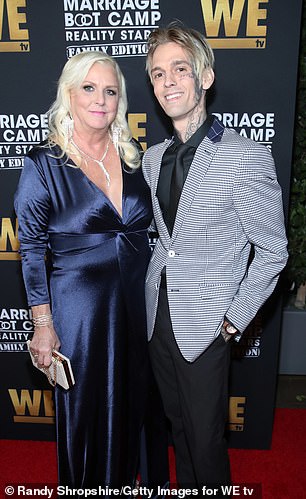 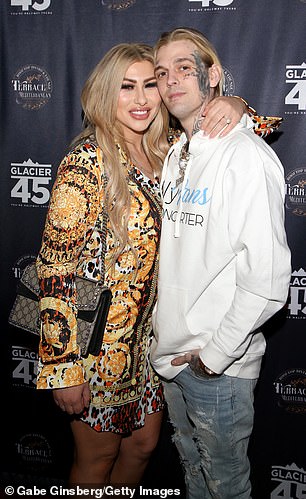 Suspicion: The late Aaron Carter’s mother Jane Carter (L) and his fiancée Melanie Martin (R) believe he died, age 34, on November 5 from a drug overdose – not an accidental drowning in the bathtub of his Lancaster home 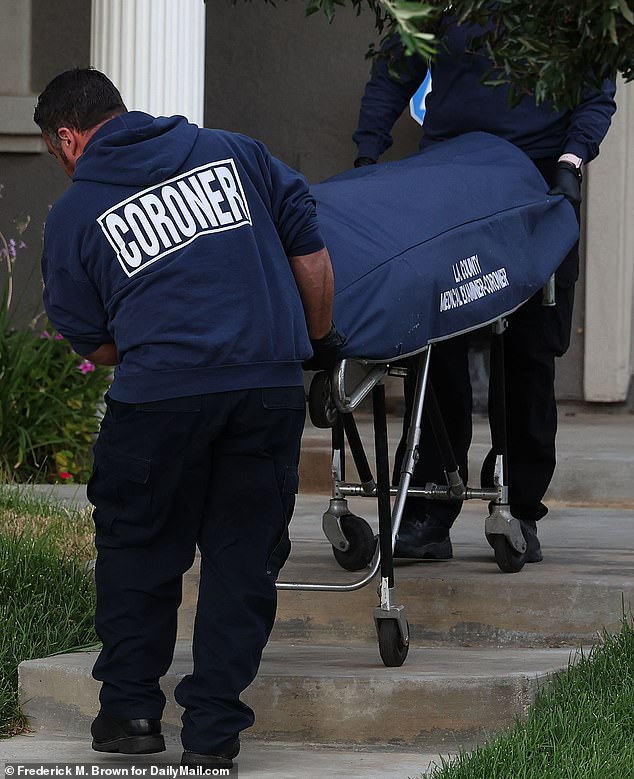 And while they await the official toxicology results, the LA County Coroner’s Office confirmed there was no water found in the troubled singer’s lungs, which ruled out drowning as the cause of death 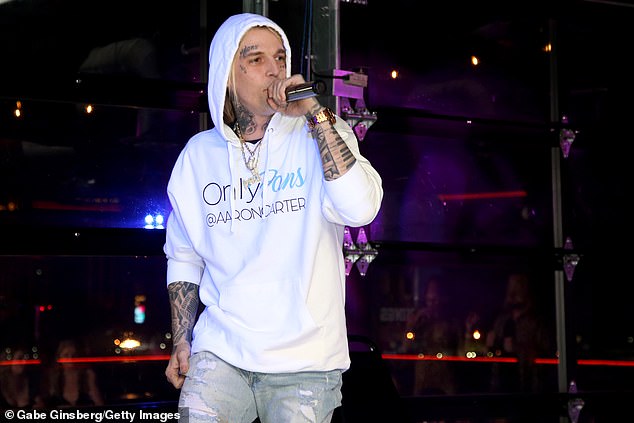 Drug deal gone bad? The police discovered multiple cans of compressed air and prescription pills in Aaron’s bedroom, but the Bulgarian-born 30-year-old found texts on his phone from an unidentified dealer demanding $800 for an unknown substance (pictured February 12) 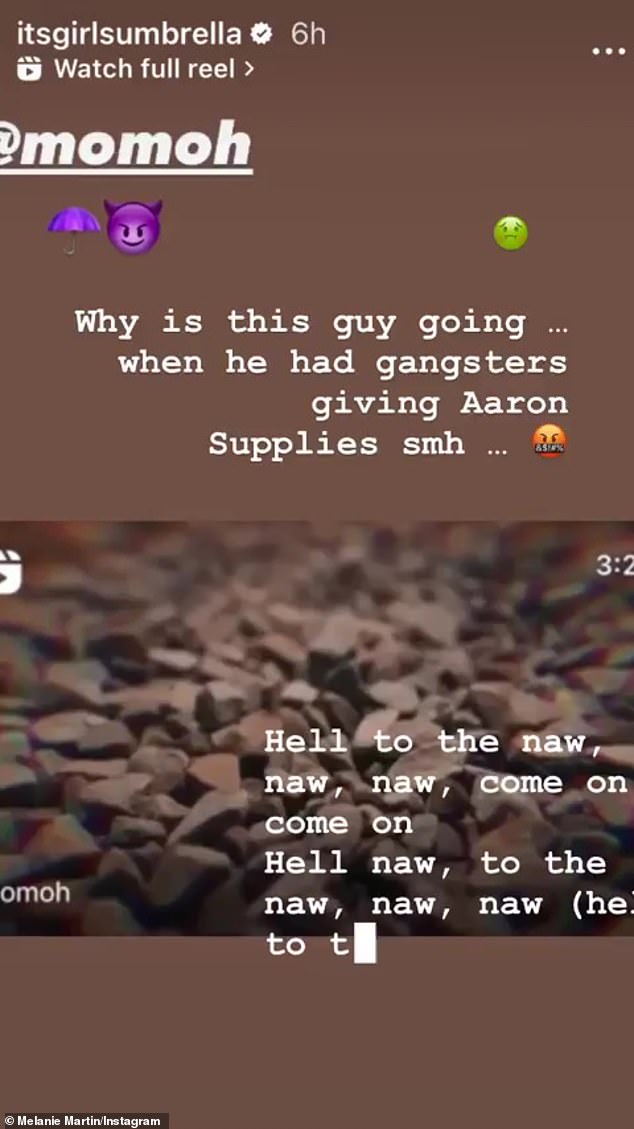 ‘Why is this guy going?’ Melanie – who turned over all the evidence to the LAPD to investigate – cryptically accused Instagram user @momoh of having ‘gangsters give Aaron supplies’ via Instastory on Monday night 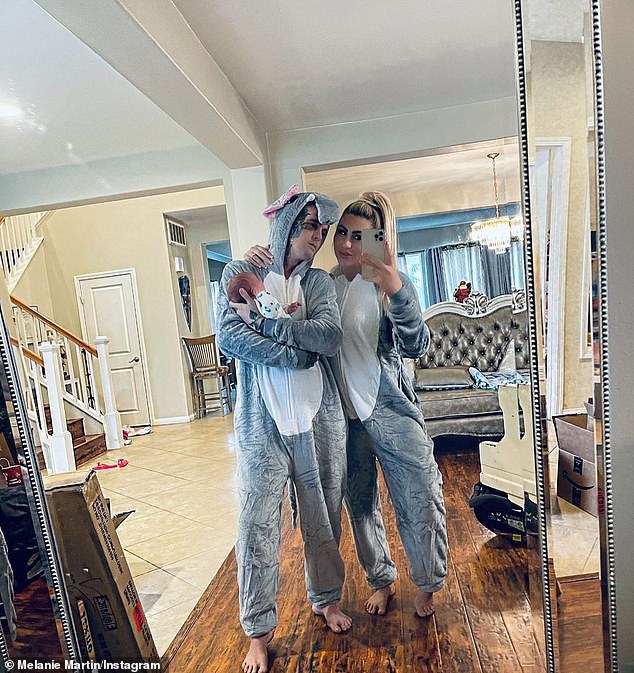 2021 family portrait: Last month, Martin regained full custody of their 14-month-old son Prince, who will solely inherit Carter’s $550K estate consisting of real estate and personal property due to him never writing a will 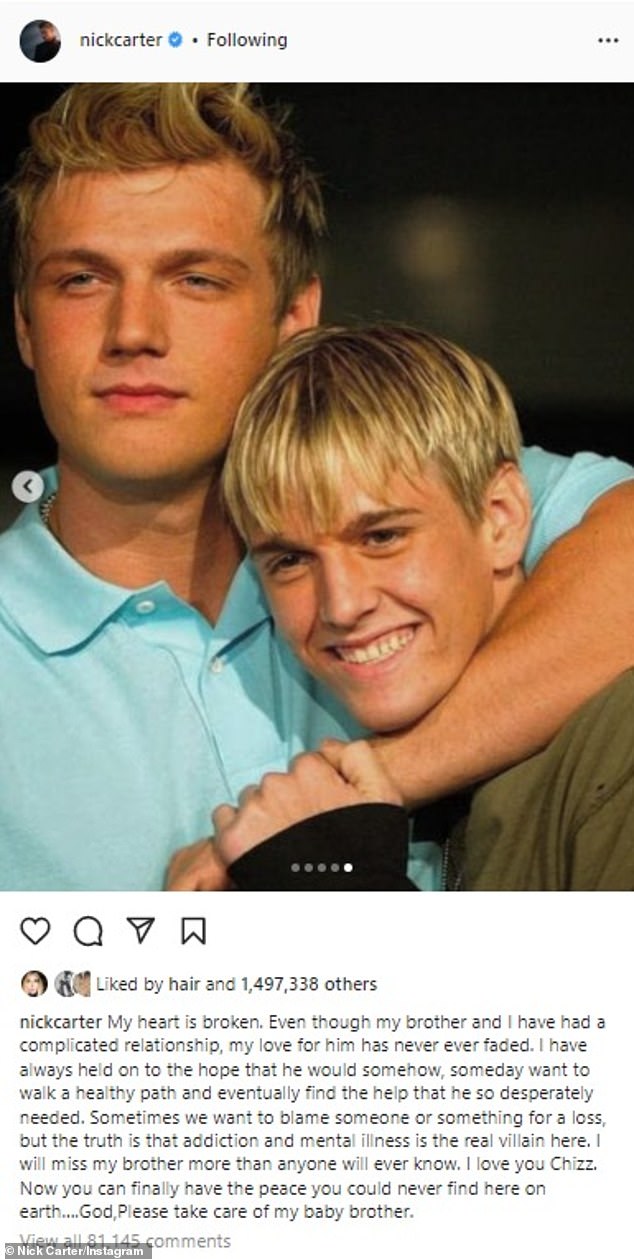 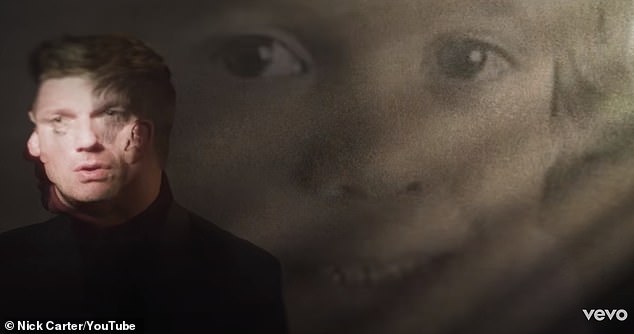 ‘It hurts to love you / but I love you still’: Last Thursday, the 42-year-old Grammy nominee dropped the music video for his new somber song Hurts to Love You, which featured childhood footage of Aaron projected behind him 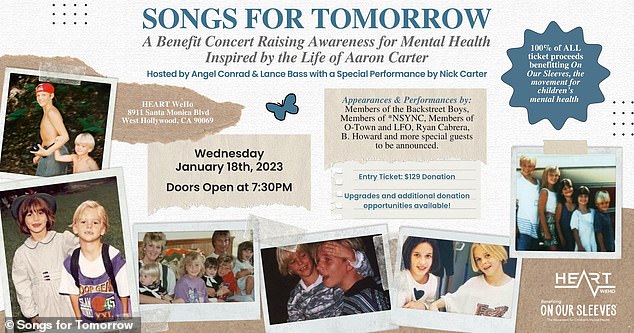 ‘Inspired by the life of Aaron Carter’: Fans can expect Nick to perform the track live at Lance Bass’ sold-out concert Songs For Tomorrow happening this Wednesday at HEART Weho in West Hollywood, which benefits children’s mental health organization On Our Sleeves 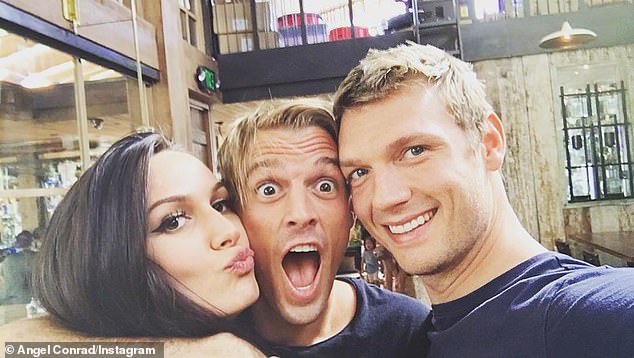 RIP: The celebration of life – also hosted by Carter’s twin sister Angel Conrad (L, pictured in 2015) – will feature performances from members of the Backstreet Boys, members of *NSYNC, O-Town, LFO, B. Howard, Ryan Cabrera, and many more TBA

Hackers are careful, silent, and cunning; they think over their actions several steps ahead; the success of a cyber-attack depends on it. Hackers...
Read more

Kendall Jenner nails model off-duty style as she bundles up with...
Read more

Benefits of OR Scheduling Software

One of the biggest benefits of using OR scheduling software is that it can help you manage your caseloads more easily. Using this tool will allow your surgical team to take control of patient schedules without having to rely on other staff members to make changes. This way, they can focus on what they do best and will be able to provide excellent care for all patients in a timely manner.
Read more

Love Island’s most shocking exits ever:

Love Island's most shocking exits ever: As housemates reel from the...
Read more

The first impression that people make when they enter your workspace is of extreme importance. In today’s fierce competition, your business must depict an...
Read more
Business

How to do Netgear EX6120 setup

Why You Should Consider Hiring a Fire Watch Guard Service for Your Business?

Fires are one of the most common causes of property loss. This is why it’s necessary to have some kind of fire protection for your property. Fire watch guard services are an effective way to mitigate these risks
Read more